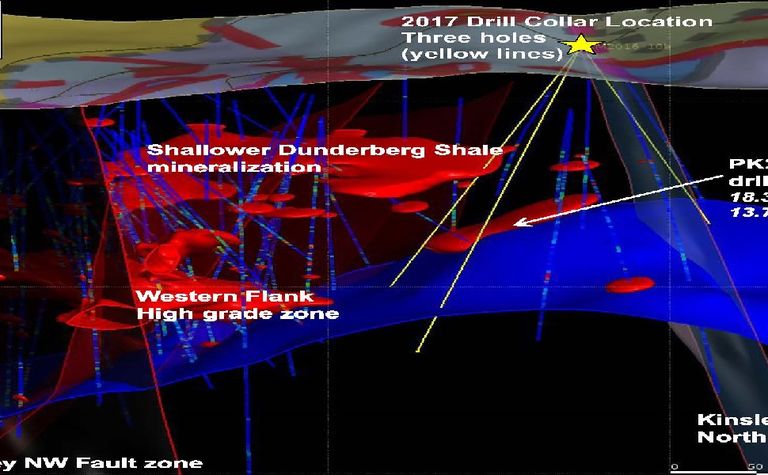 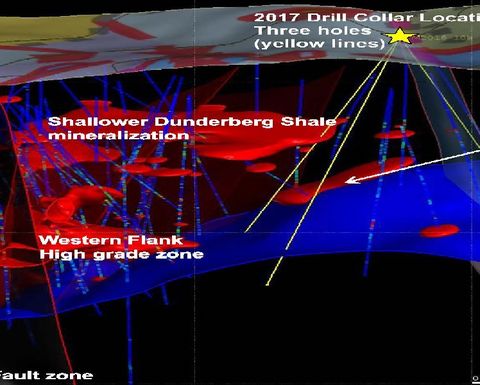 The 1,830m summer 2018 drill programme targeted possible extensions of the Western Flank deposit, discovered by 79.1% owner and operator Liberty Gold in 2014. Nevada Sunrise holds the balance of 20.9% of the asset. Of the seven reverse circulation drill holes started in the 2018 programme, five holes were completed and two lost at shallow depths owing to voids and fault zones encountered, Nevada Sunrise reported Thursday.

Hole PK228 intersected 5.42g/t gold over 9.1m, including 7.77g/t over 6.1m at the Secret Canyon-Geddes contact, 50m east of 2017 hole PK221, which intersected 5.3g/t over 29m. Liberty underlined the significance of the intercept as reflecting a significant step out in the WFZ east extension exploration.

As a result, Liberty has recommended follow up drilling in subsequent exploration campaigns.

Hole PK226 returned multiple shallower mineralised intercepts, including 1.54g/t over 6.1m in the Dunderberg Shale, and 0.77g/t over 7.6m in the Secret Canyon Shale.

One of the two holes lost as a result of difficult terrain did not prove fruitless. Hole PK229A returned 1.15g/t over 15.2m in brecciated Notch Peak and Hamburg dolomite next to the KNW fault zone. Liberty regards this as "very encouraging" for follow-up testing of the lower units in this vicinity, as it indicates strong hydrothermal fluid flow during the local mineralisation event.