Endeavour Mining (TSX:EDV) has released the maiden mineral resource estimate for the Lafigué target of its greenfield Fetekro property in north-central Côte d’Ivoire. 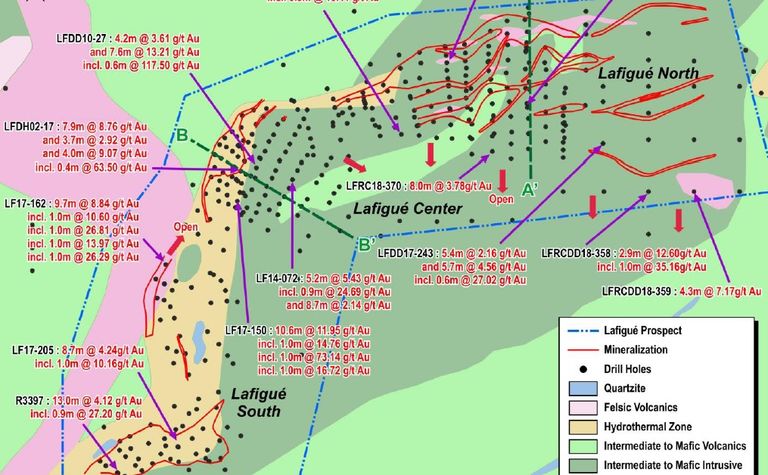 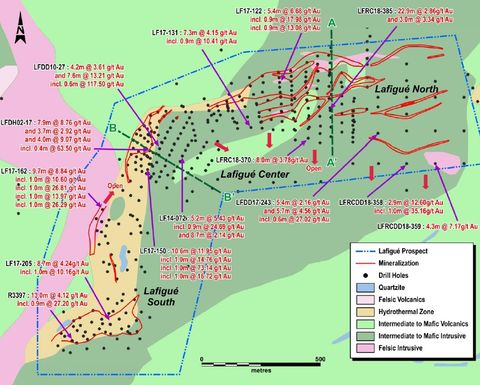 It had been building towards the milestone, releasing positive drill results in late September.

Endeavour said the maiden resource estimate included around two-thirds of the total mineralised area defined to date, with the mineralisation remaining open at depths towards the southeast, east and north-east.

According to the company, preliminary metallurgical test work suggested the potential for high gold recovery rates.

It said it expected to release an updated resource estimate in late 2019.

Endeavour executive vice president exploration and growth Patrick Bouisset said the maiden resource demonstrated the prospectivity of Fetekro and a second exploration campaign at the Lafigué target had been launched quickly to convert the inferred resources and extending the outlined resource.

"Based on the initial analysis of the ore characteristics and orebody shape, we believe it could be amenable to open pit mining as mineralisation starts at surface while the preliminary metallurgical test work done suggests the potential for high gold recovery rates," he said.

Bouisset added the additional identified targets supported the belief that Fetekro had the potential to become a new stand-alone project, with CEO Sébastien de Montessus agreeing the maiden resource was one step closer to Endeavour's aim of identifying a new project as part of its five-year exploration strategy set in 2016.