Shares in Aurion Resources (TSXV: AU) enjoyed another surge yesterday on news of high-grade assay results from Aamurusko at its Risti project in Finland. 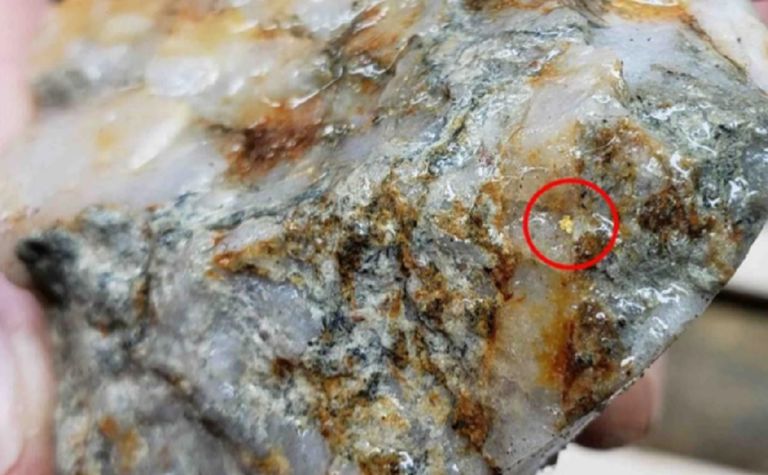 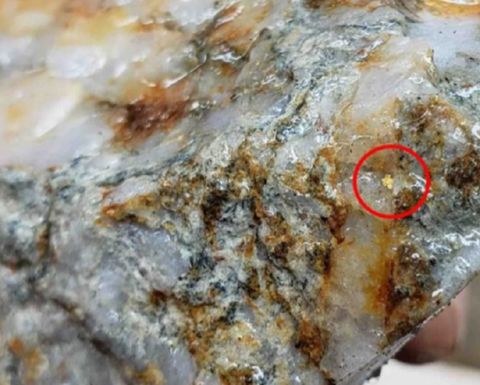 Visible gold from drilling at Aamurusko

The Aamurusko boulder field is about 1.2km wide and the company said it had successfully targeted and discovered high-grade, near-surface gold mineralisation over a strike of 56m by a depth of 110m.

"With short 20-25m step outs, we may be defining a coherent zone of mineralization," president and CEO Mike Basha said.

"Results to date suggest potential for additional similar zones of gold mineralisation along strike to the east and west."

Basha said the company was well-funded to advance the Aamurusko discovery and Risti project "into the foreseeable future".