The latest drill results from Lundin-backed South American copper explorer Filo Mining (TSXV: FIL) are strengthening the potential to expand the resource at its Filo del Sol project on the Chile-Argentina border. 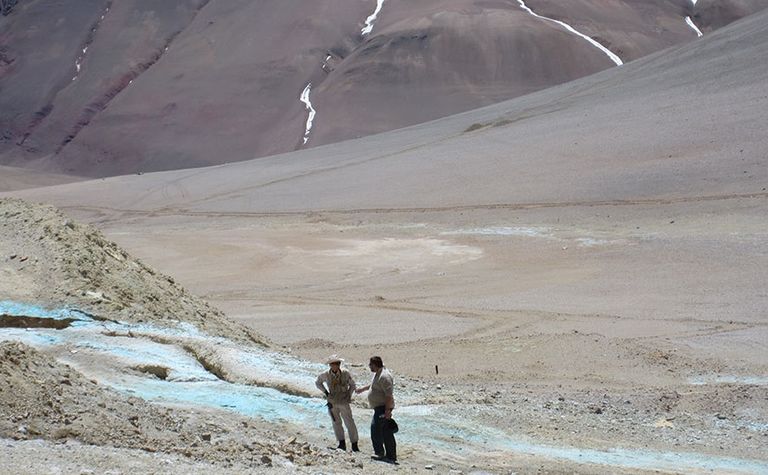 The first two holes from the deep drilling campaign had confirmed copper-gold mineralisation at depth, with the company reporting an intersection of 1,025m at 0.3% copper, 0.22g/t gold and 1.6g/t silver from surface in March.

"This has been a transformative exploration season and we are looking forward to receiving full results from the remaining three holes," Lundin said.

Filo Mining said this month it was looking at options for the project including fast-tracking to development, further testing the sulphide mineralisation and was open to partnership opportunities.

The company had released a prefeasibility study for Filo del Sol in January that put initial capex at US$1.27 billion for a 14-year mine with an after-tax NPV (8% discount) of $1.28 billion and IRR of 23%.

Lundin said earlier this month the PFS incorporated only the oxide material of the current resource "which may just be the tip of the iceberg".

The company had C$1 million in cash at the end of March and last month secured a further US$4 million from Zebra Holdings and Investments in the form of a short-term credit facility.

It now has access to $14 million from Zebra, a company controlled by a trust settled by the late Adolf Lundin.