Coro Mining has released a fourth batch of results for 18 reverse circulation holes (4,466m) drilled on the Atahualpa zone at its Marimaca copper project in Chile’s Antofagasta region. 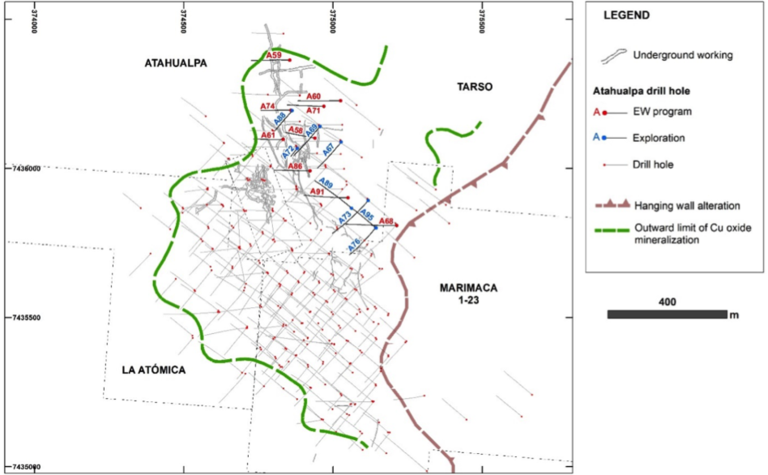 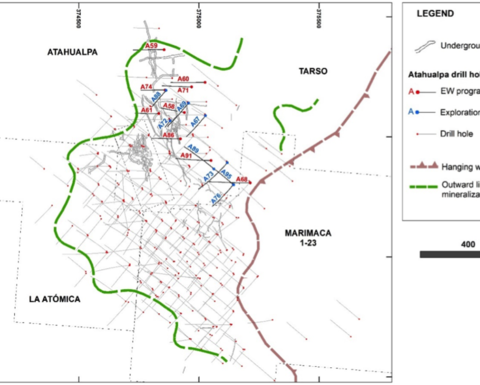 Drilling extends the Atahualpa zone at Marimaca in Chile

This batch brings the total number of reported holes to 75 for 20,516m, which will provide a fuller understanding of the faulting and feeders that control the higher-grade zones at the northern extension of Atahualpa.

"The additional results show the emergence of certain high-grade areas which we had not expected as well as attractive mixed oxide, secondary sulphide and primary sulphide mineralisation," said VP exploration Sergio Rivera.

Coro aims to produce an enlarged mineral resource estimate for Marimaca for publication in the third quarter of 2019.

Shares in Coro Mining (TSX:COP) opened down 5% at C10c, valuing the company at $138 million. Its share price has increased 100% so far this year. Coro to raise funds and acquire full control of Marimaca