Camino Minerals has received approval from Peru’s Ministry of Energy and Mines (MINEM) for 200 drilling pads which will allow the company to drill up to 908 holes for 445,000m over the next four years at its Chapitos copper-gold project. 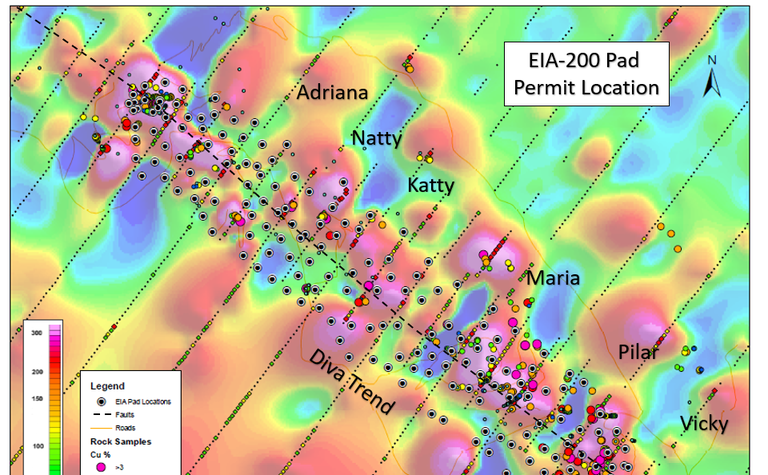 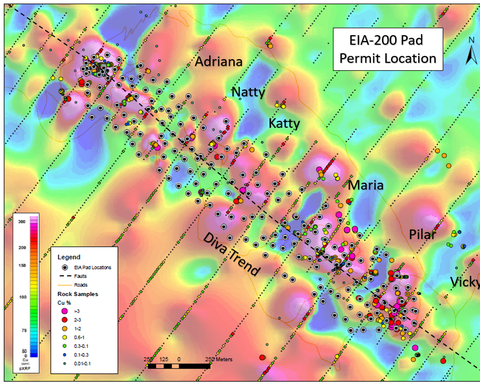 With its environmental impact assessment approved, the holes will allow Camino to expand drilling along the Diva Trend with work expected to commence in the second half of this year.

"The permit will allow the company to better locate drill collars in optimum locations to both test the Diva structure and other structural and stratigraphic copper opportunities while potentially minimising drill costs," said CEO John Williamson in a statement.

The company had less than C$400,000 as at January 31, according to its financial filings on Sedar and so Camino will need to undertake a financing before drilling can commence.

Drilling will further define and potentially expand on the copper mineralised zones at Adriana, Katty and Vicky, while also evaluating the potential for additional zones of copper mineralisation along the Diva Trend.

Exploration has identified mineralisation at the new Lourdes and Lidia zones, and the northwest extension of the Diva Trend which may also be targeted by the 2019 drill programme. Lourdes is a circa-800m-long copper-in-soil anomaly coincident with individual rock samples which assayed up to 6.91% copper.

The recently discovered 3km-by-4km copper-gold Lidia zone is defined by a large copper-in-soil anomaly with grades up to 4,764 ppm and 238 rock samples that collectively average 0.20 grams per tonne of gold and 0.75% copper.

Shares in Camino Minerals (TSXV:COR) are trading at C15¢, valuing the company at $9 million. Its share price has increased 36% so far this year.