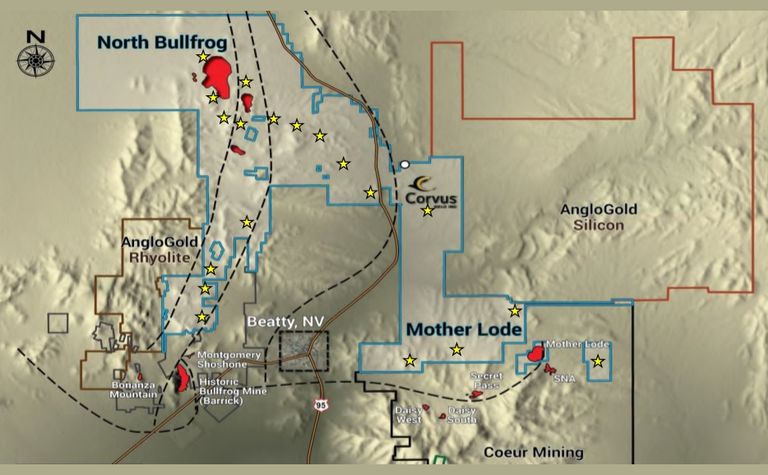 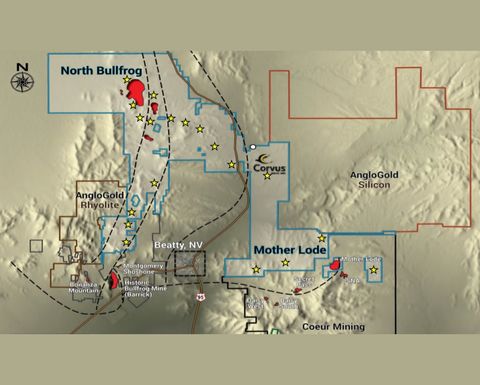 Corvus is focused on its Nevada projects

Although two drill holes were lost in the upper zone of the deposit, Corvus said trace elements from an earlier drill hole which had successfully intersected the main zone and upper part of the newly discovered Deep Zone confirmed a new style of gold-silver mineralisation, with characteristics of an intrusive/Carlin-style signature.

"This new style of gold mineralisation, along with AngloGold's recent Silicon discovery a few kilometres to the north, could have the potential to rewrite the exploration models for the greater Bullfrog district and increase the potential for large, high-grade, ‘Carlin style' gold systems in the area," president and CEO Jeff Pontius said.

Corvus had released a preliminary economic assessment in November for its combined Mother Lode and nearby North Bullfrog deposits, which estimated production of 2.54 million ounces of gold and 3.5Moz of silver over nine years for an initial capex of US$424 million, with a post-tax NPV (5% discount) of $586 million and IRR of 38%.