McEwen Mining (TSX: MUX) has increased Grey Fox’s resource and has economic assessments underway for it and fellow satellite deposit, Froome, at its Black Fox gold property in Ontario. 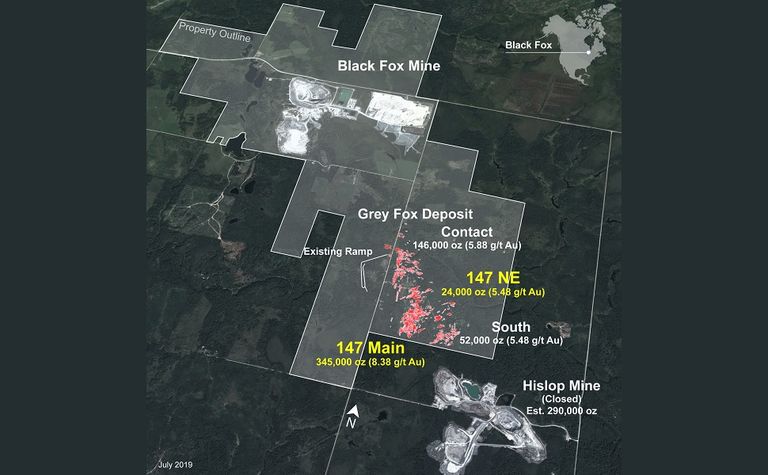 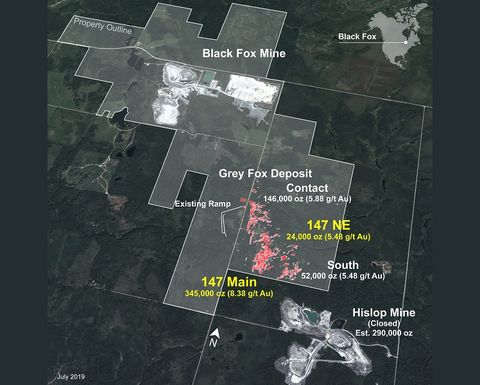 The company said Grey Fox's indicated and inferred resources had increased 22% and 35% respectively.

The update follows a below-forecast performance by the Black Fox mine in the June quarter, which contributed to McEwen reducing its 2019 production guidance by 6% to 190,000oz gold-equivalent.

The company has a study underway to evaluate mining Grey Fox via a central underground ramp system and McEwen expects to present preliminary results for potentially developing Grey Fox and Froome later this quarter.

Senior vice president of exploration Sylvain Guerard said the highest grades and best widths of mineralisation at Grey Fox were concentrated at the intersections of a northeast-southwest trending structure and favourable iron-rich host rocks.

"This has been an important geological observation because we believe there are numerous other similar targets on our property that will be tested this year," Guerard said.

The company also has the San José mine in Argentina, El Gallo in Mexico and new Gold Bar mine in Nevada, which belatedly achieved commercial production in May.

McEwen to scale back Black Fox in 2020