Ecuador explorer Lumina Gold (TSXV: LUM) has reported one of the “best mineralised intervals ever drilled at Cangrejos” as its drilling programme nears an end ahead of a resource update slated for November. 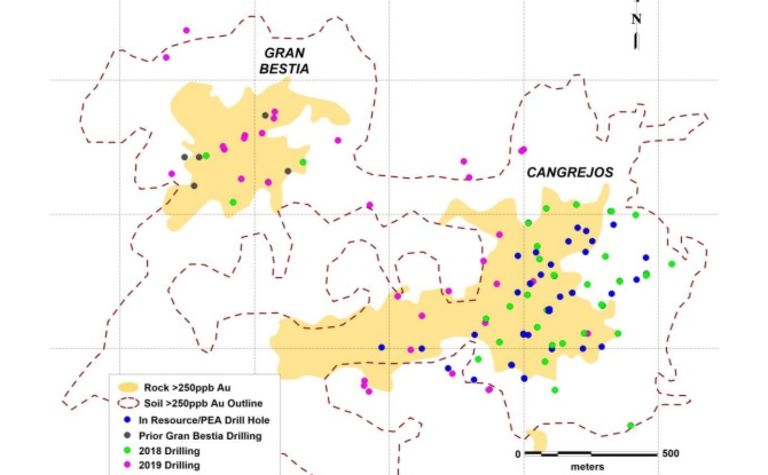 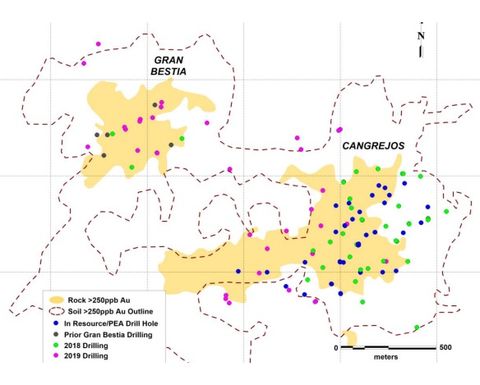 "In addition to high grades, G2B exhibited remarkable continuity of mineralisation throughout the hole," Lumina said.

The company has been drilling geotechnical and metallurgical holes, with results from ongoing metallurgical testwork expected this month.

November's update will include an initial resource for Gran Bestia, a satellite deposit confirmed earlier this year.

Cangrejos currently has an inferred 8.5 million ounce gold and 1 billion pound copper resource and Lumina describes it as the fifth largest global development project controlled by an independent developer.

The Ross Beaty-backed company had US$7 million in cash at June 30, having raised C$20 million at 56c per share in November.