Sarama Resources (TSXV: SWA) said it was looking forward to further exploration success as it advised of a smaller, updated resource at its Karankasso joint venture with Semafo (TSX: SMF) in Burkina Faso. 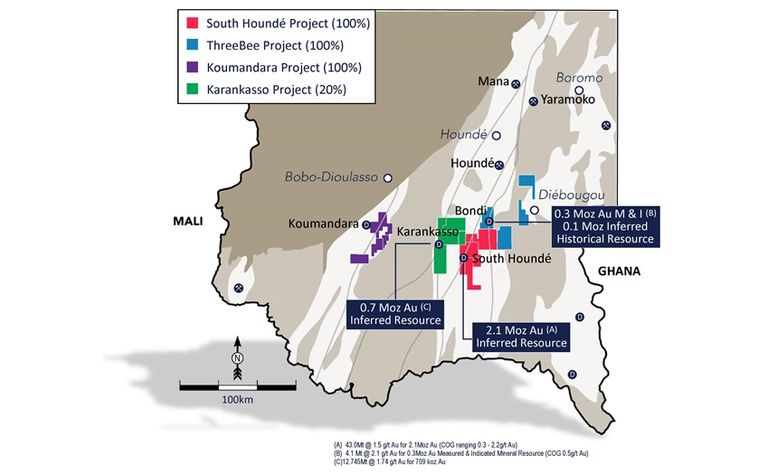 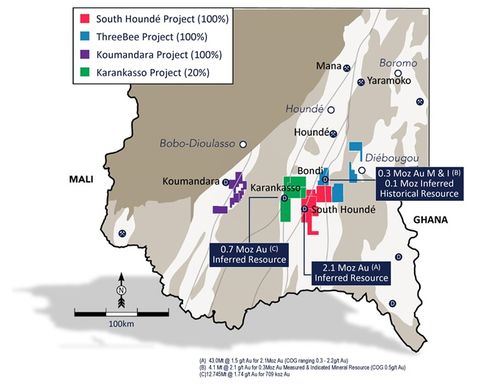 Semafo had announced an updated inferred mineral resource on Monday for its potential next development, the Bantou project, of 51.1 million tonnes grading 1.37g/t gold for 2.2 million ounces.

Nevertheless, Sarama president and CEO Andrew Dinning said he was pleased the estimate had been reviewed and revised.

Sarama holds about 20% of Karankasso, which is next to its South Houndé project, and the joint venture is operated by Semafo after it acquired Savary last year.

"The recent high-grade drill results at the Tiébi zone and other areas within the joint venture between Sarama and Semafo are encouraging and we look forward to further exploration success," Dinning said.

"The higher grades being realised should result in feed from the Karankasso project being brought to account earlier in a potential regional development scenario."

On Monday, Semafo president and CEO Benoit Desormeaux congratulated the miner's exploration team for adding 1.2Moz via the drill bit in 2019 and said the company was in a good position to achieve its resource objective of 2.5-3Moz by year-end.

"Bantou's initial 2020 exploration budget of $4 million is likely to increase as we explore outside of the existing zones and follow up exciting intersections like 14.6g/t over 21m at Tiébi," he said.

"This 2.2Moz resource is a visible sign of Bantou's district-scale potential."

Semafo has two mines in Burkina Faso, Mana Mana and Boungou, which is undergoing a phased restart following a fatal attack on a personnel convoy in November.