West Africa-focused Endeavour Mining has reported a 14% increase in measured and indicated resources at its Hounde gold mine, in Burkina Faso, with continued exploration drilling since the December resource statement adding 554,000 ounces to increase the asset’s total endowment to 4.5Moz. 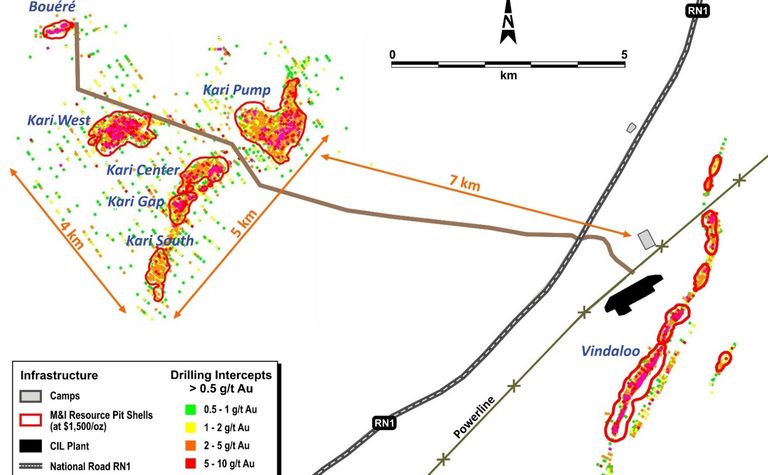 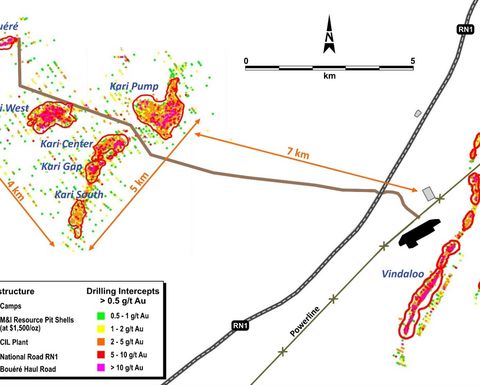 Endeavour Mining has added 554,000oz gold from the Kari Area to the Houndé mine's M&I resource statement, in Burkina Faso

The bulk of the new resources are in the Kari Area, first discovered in 2017, and it now accounts for about 57% of total resources. The company has delineated more than 2.5Moz of indicated resources within the Kari Area over the past three years.

The resource update includes extensions for the Kari West and Kari Centre deposits, plus maiden resources for the nearby Kari Gap, Kari South and Kari Pump NE deposits.

Endeavour said circa-84% of indicated resources in the Kari Area had an average grade above 2 grams per tonne, amounting to 2.1Moz.

CEO Sebastien de Montessus said the company's ability to move the Kari Area from discovery to production in under three years underscored the success of its aggressive exploration strategy. Last year, Endeavour succeeded in delineating 1Moz indicated at Kari Pump, which led to a reserve conversion of more than 700,000oz.

"We now look forward to quickly completing the work to convert the additional 1.5Moz of indicated resources delineated for the other deposits," he said.

Endeavour is working towards producing 250,000oz/y over a 10-plus-year mine life at Hounde by displacing lower-grade material from the mine plan. That despite the average M&I resource grade being 1.85g/t compared with 2.01g/t previously.

VP for exploration and growth Patrick Bouisset said a large portion of the new resource was oxide and transitional material, while the Vindaloo deposit, currently being mined, comprised mainly fresh ore.

The new Kari deposits are expected to be amenable to openpit mining with potential strip ratios significantly lower than at Vindaloo. Endeavour says attractive metallurgy also points to potential gold recovery rates above 90%.

Endeavour's drilling would continue to target the Kari Area later this year and into 2021, focusing on the Kari Centre trend which remained open, said Bouisset. The company is also keen to start drilling other high-priority targets close to the Hounde mill.