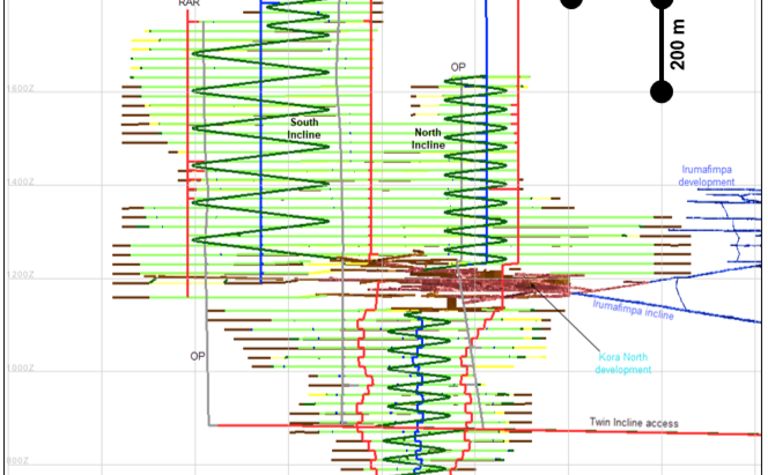 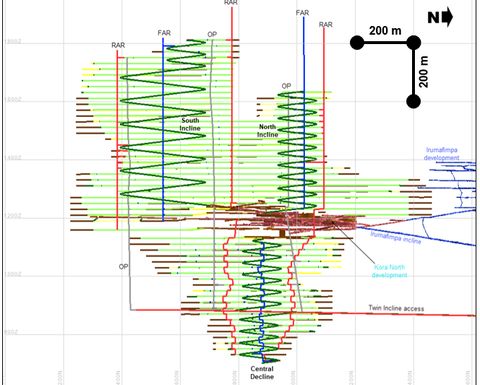 K92 expects to complete stage-two expansion works to double plant throughput to 400,000tpa by September. Stage three takes mining and processing rates beyond 800,000tpa next year and then 1 million tonnes per annum from 2024, with the full expansion taking Kainantu to 318,000oz gold-equivalent per annum.

The PEA considers an expansion to underground mining with on-site treatment of ore by conventional milling, gravity and flotation recovery through a standalone 1Mtpa process plant. The expansion extends the mine life by 12 years, including two years of stage-two production, at AISC of $489/oz Au-eq, and $362/oz gold net of by-product credits.

The stage-three expansion has a low capex intensity at $125 million, with LOM opex pegged at $341 million. K92 says Kainantu's cash generation is expected to cover all expansion costs.

The board has greenlighted work on a definitive feasibility study, slated for completion by mid-2021.

Work on the new twin incline is underway and four diamond drill rigs are turning underground, focused on upgrading the resource for the DFS and expanding the known resource to the south and at depth. Surface exploration is also being stepped up from the current three diamond drill rigs to five drill rigs by year end.

K92 gets cashed up for PNG expansion plans