Nighthawk Gold Corp CEO Michael Byron says resource extension drilling of the Indin Lake Colomac Main Sill area has continued to return thick intercepts at good grade outside its existing resource envelope, where the company has a 1.5-million-ounce exploration target at 1.8-2gpt average grade on what it calls a Kalgoorlie Golden Mile-style Archaean rock package that produced 500,000oz from shallow mining in the 1990s. 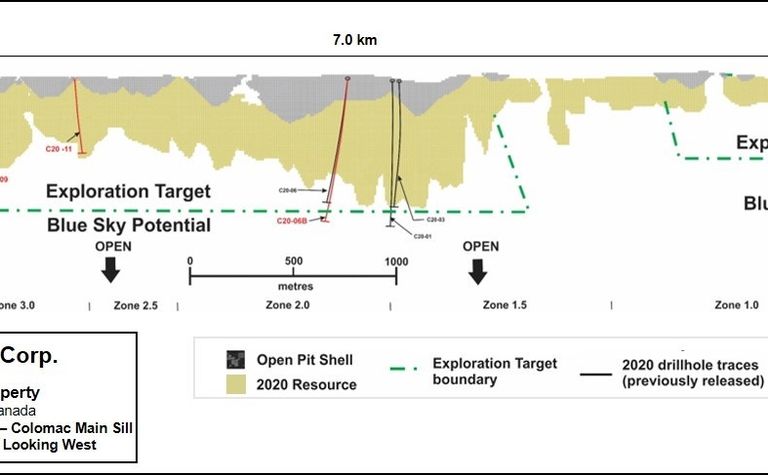 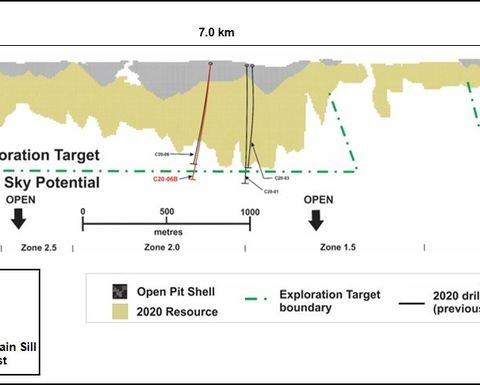 Nighthawk, which has about C$12.5 million in the bank, wants to drill 75,000m or more next year to elevate current Colomac indicated and inferred resources of about 2.1Moz.

This year's circa-23,000m campaign has picked up consistent intersections of the Archaean gold in what Nighthawk has described as fractionated mafic intrusions in the wider mafic volcanic rock stratigraphy, where it sees high-grade zones being controlled by structure and the metal more widely distributed through silica-rich fractions, or along the tops of sills.

Drilling at the southern end of a plus-7km line of strike taking in old workings and its modelled resources "continues to showcase Zone 2.0 and Zone 1.5 as the best mineralized sections of the Colomac Main Sill encountered so far", Byron said this week.

"This area of the sill continues to show strong continuity of mineralization and grade along strike and to depth, where the consistent widening of the quartz diorite host rock to depth, provides an excellent opportunity for continued resource expansion."

Mineralisation is said to remain open along strike and at depth in both locations.

"Fallout from the COVID-19 pandemic has impacted assay turnaround as significant delays have been experienced in sample shipping and processing," Byron said.

"The company is currently working to resolve some of these logistics hurdles and is expected to have additional results ready for release in the near-term."