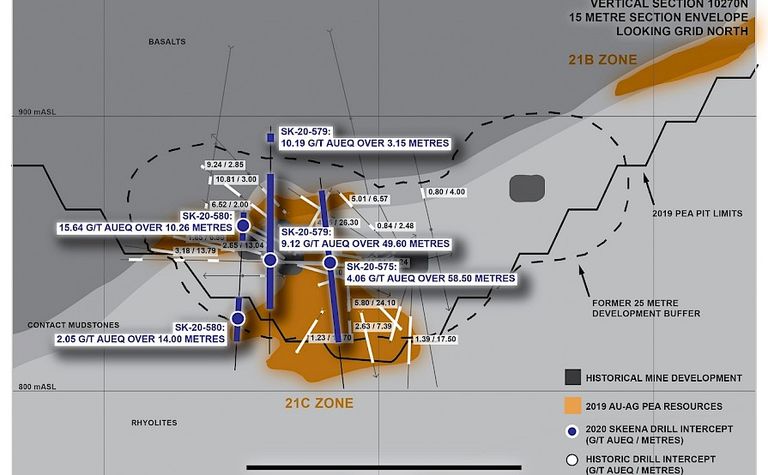 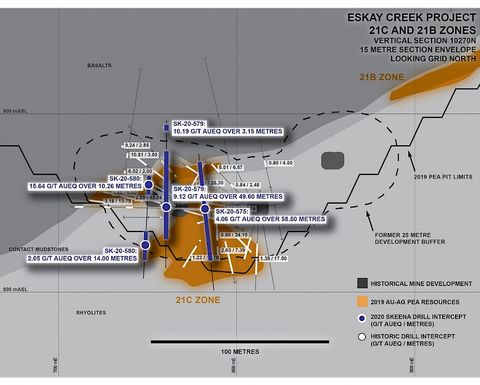 Skeena aimed the programme at the 21B, 21C and 21E Zones to convert openpit constrained resources to higher-confidence categories ahead of a resource update slated for release in the second quarter. The new resource statement will feed into an upcoming pre-feasibility study as the company works towards a development decision for the former Barrick Gold mine.

Skeena characterised results from the 21C Zone as "exceptional".

Early last month Skeena reported high-grade intersections at surface within the 22 Zone in the openpit.

It said recently metallurgical testwork in support of its PFS resulted in an improved process flow sheet that delivered better results than those contemplated in a 2019 preliminary economic assessment. It now includes a desliming stage to improve the flotation response for coarser material, resulting in the option of producing a higher gold concentrate grade and opportunities to reduce capex.

Skeena is also exploring its Snip project, another former mine in the province it acquired from Barrick.