Eldorado Gold is shoring up its position in Quebec, announcing an initial high-grade resource for its new Ormaque deposit near its Lamaque operations. 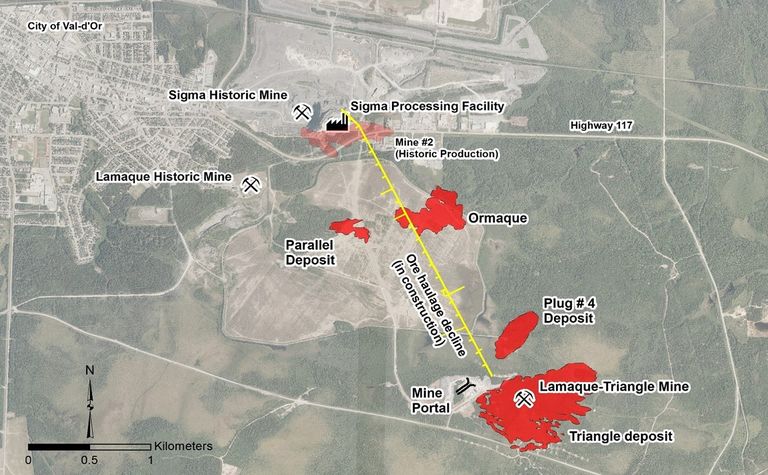 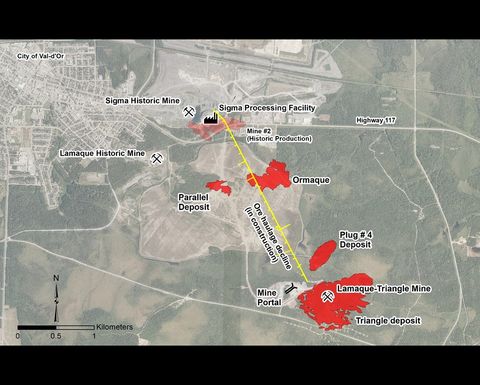 Eldorado had discovered the Ormaque zone in January 2020 and said it was "ideally positioned" along the ore haulage decline, now under construction connecting the Lamaque-Triangle mine with the Sigma mill.

It said more than 60% of Ormaque's resource was in the upper part of the deposit, within 400 metres of surface.

The strike continuity, vein orientation and dimensions of Ormaque exhibited important similarities to parts of the nearby historically mined Sigma deposit and Mine #2, president and CEO George Burns said.

"Our focus in 2021 is on in-fill and expansion drilling as the deposit remains open in multiple directions," he said.

"Taken together with our recently-announced friendly transaction to acquire QMX, Eldorado is well-positioned in Quebec to create additional value for our stakeholders."

Kisladag in Turkey was expected to produce a similar amount, with operations in Greece making up the remainder, where Eldorado was poised for "transformational" growth following an amended investor agreement reached with the Hellenic Republic earlier this month.