Newcore Gold has highlighted the potential for resource expansion as it reported its highest-grade intersection to date at its Enchi project in Ghana, of 2m grading 95.16g/t. 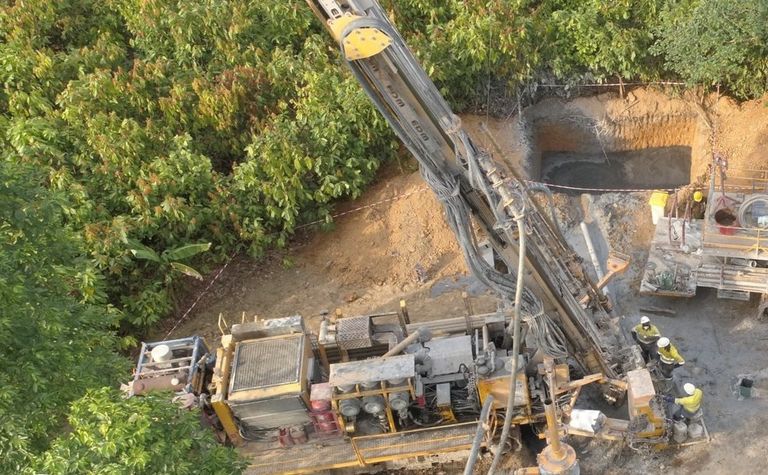 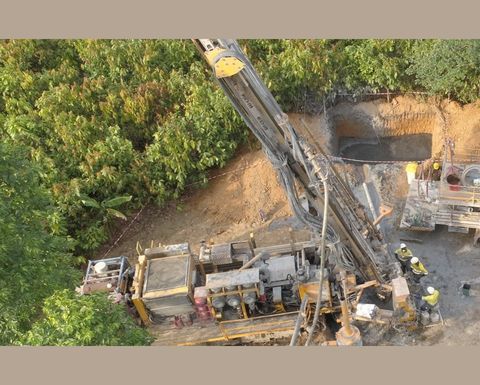 Newcore Gold drilling at its Enchi project in Ghana

The above drillhole at Boin also intersected a second structure, returning 1m at 13.22g/t from 120m.

"Drilling at Boin continues to highlight the open-ended nature of the deposit, as well as the potential for higher grade sulphide mineralisation at depth, which is consistent with our geological model," president and CEO Luke Alexander said.

He said 90% of the holes to date in the ongoing 66,000m drilling programme had encountered gold mineralisation, and 46,000m was yet to be incorporated into the 1.4 million ounce inferred resource.

Newcore had released an economically robust preliminary economic assessment for Enchi last month, which indicated an 11-year mine producing an average annual 89,391 ounces and an after-tax IRR of 42%.

The company reported an average gold recovery of 94.7% from column testwork completed on composite samples from the Sewum and Boin deposits last week.

Newcore has said Enchi has comparable geology, alteration and mineralisation to Kinross Gold's Chirano mine 50km away.

The junior had about C$9 million in cash at March 31.