Copper developer turning up the heat

Surging investor interest over the past six to 12 months in copper equities advancing new long-term, quality sources of the red metal can only mean it’s a matter of time before Hot Chili (ASX: HCH) comes back in from the cold. 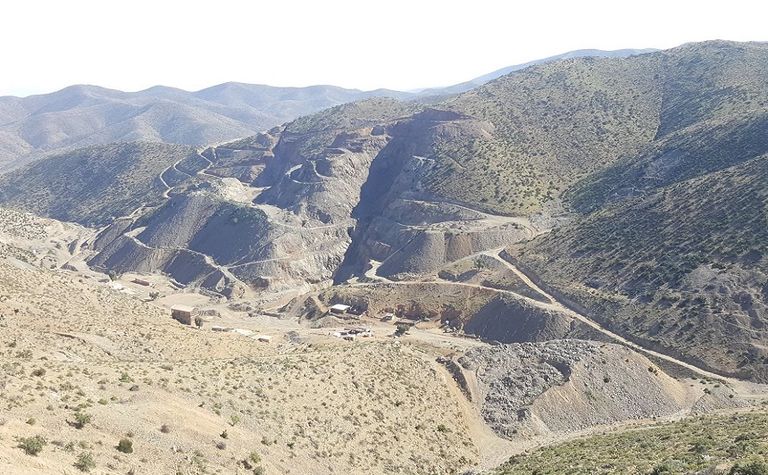 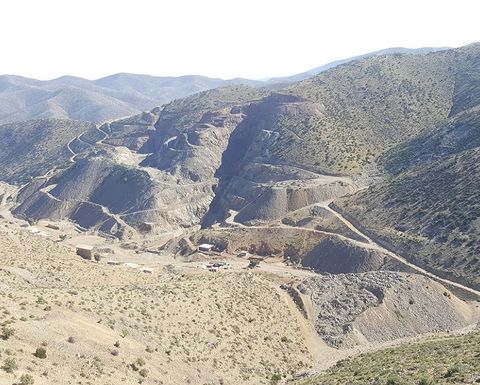 The company that built a market capitalisation of A$240 million four years ago on the back of its Productora 1.5 million tonne copper and 1 million ounce gold discovery in Chile - before completing a positive prefeasibility study and locking in key infrastructure and project partner deals - has a fully diluted enterprise value now of circa $30 million.

The February 2016 PFS on a 10-year mine producing 66,000tpa copper and 25,000ozpa gold in the first eight years highlighted 15% IRR and a US$219 million NPV at US$3/lb copper, putting Productora second on the table of new copper projects owned by emerging ASX-listed companies. Projected pre-production capex of US$725 million (including US$82 million of contingency) put Productora in the low capital intensity bracket for a bulk operation, while the forecast C1 cash cost of US$1.47/lb paid metal implied a competitive payback period.

Hot Chili has continued work to extend Productora resources and potential mine life ahead of its plans to complete a definitive FS. It has reset its balance sheet and capital structure this year, and just inked a second deal in its satellite-feed strategy aimed at bringing 1Mtpa or more of higher-grade ore into the planned 14-15Mtpa production base, lifting returns and lowering unit costs through higher head grade and expanded metal output.

So after a tough period for many small companies with large flagship projects dominating their portfolio and outlook, Hot Chili is well and truly poised as a leverage play in a rising copper market that has many commentators particularly bullish about medium-to-long term pricing.

"Timing is everything in this market," founding managing director Christian Easterday says.

"Most of these large-scale projects require incentive prices in the range of US$3-3.30/lb, and that's why the development pipeline was frozen for the last 3-4 years. We're coming into an environment where the spot price is moving to those levels.

"The last year we've seen copper prices rise by more than 50% - now verging on 60% - but most of the copper explorer/developer equities, particularly the ASX-listed companies, are still trading at 15-20% of the levels they were before the copper price sank [in 2013].

"History says that won't last. Hot Chili's view is the time for us is now. We started moving earlier this year to tighten up our balance sheet and remove any risk there, and started to enrich our opportunity pipeline.

"We already have a very strong investment thesis, but what we are focusing on is strengthening that further; adding some high-grade production to Productora and really elevating the project to a level where it is the standout on the ASX and is meaningful in a Chilean and North American market context.

"What is exciting about [the growth opportunities at Productora] is that in a rising copper market investors seek leverage. In terms of equity exposure, if you invest in high-grade small projects your exposure will be small but for larger projects that become profitable at about $2.80-3.20/lb, once copper starts moving into that new cycle, for every 5c or 10c per pound those large-scale projects become so much more profitable and that really is the equation of leverage.

"Productora is the centre of gravity that we've built, a very advanced, large-scale project that was simply out of the money for the last 3-4 years due to the copper price.

"But above $3/lb copper, every US$5c/lb increase adds US$28 million in NPV to the valuation of Productora, which is Hot Chili's current market cap."

Productora is near the Chile coast, infrastructure rich, and surrounded by potential satellite projects

Easterday says a more institutional, and North American-flavoured, investor base is better matched to the company's core asset and has been supportive of its development strategy.

The company's extinguishment of its debt in the first quarter via a convertible note raising (at about a 30% premium to the then trading price) backed by major Canadian resource investor and long-term key Hot Chili stakeholder Sprott saw that group elevated on a register featuring Chile's third biggest miner [and project partner] CAP SA, Sydney-based Taurus Funds Management Group, and prominent Chilean resources fund, Megeve.

Hot Chili chairman, significant shareholder and drilling contractor Murray Black was instrumental in keeping drills turning at Productora during the market downturn when funds were tight, through access to his fleet.

Easterday says the core investors have stood firm behind the company's long-term strategy and "I imagine that will not change any time soon".

"Given the timing, and our strong asset base, we consider that Hot Chili represents one of the most exciting opportunities to be re-discovered on the ASX. We are fortunate to have several funding avenues available. It's not often that you are presented with a company that is worth 15% of its market capitalisation when copper was last at this price level in 2013 and which now we have grown to be one of the largest and most advanced copper developers on the ASX.

"What we're starting to see in Chile where the majority of these large-scale copper projects reside is our neighbours are starting to turn back on their development projects, exploration drilling is starting to occur, and certainly Hot Chili is part of the resurgence.

"Our expansion strategy is about adding further scale and grade to a project that has already had about $100 million invested to date and which has the potential to grow into a 100,000tpa copper production centre in Chile.

"The key objectives this coming year will be drilling success over our new high-grade satellite projects and bulk tonnage potential within our growing project centre on the coastal range of Chile.

"Our exploration team is busy on ground in advance of getting drilling underway early in the New Year."

San Antonio, 20km east of Productora, and Lulu, 30km to the west, are among a raft of projects Easterday and his team have watched over a long period.

"San Antonio has had very little previous drilling while Lulu has never been drill tested. They have both been held privately for over 50 years but contain or are adjacent to some of the region's most substantial high-grade underground mines.

"The transactions on the two high-grade satellite projects were the outcome of long-term relationships and discussions.

"We are patient and only do deals that work for all parties and make sense. This is something that has become a Hot Chili trademark in Chile - we have a strong reputation in that area. So we are pleased to have secured the first and second of several satellite growth projects that are being assessed within the orbit of Productora."

In terms of funding going forward, Easterday says the new projects have been secured through option deals that give Hot Chili several years to assess with minimal payments or commitments.

"In the case of San Antonio we have no payments and no expenditure commitments for a period of three years. So the new projects are only taken forward at our desired pace," he says.

"We only pay for the options if the projects stack up.

"We've assessed many opportunities in Chile over the years. We are very choosey in what we review. For Hot Chili it is all about the quality of the project and being comfortable with the partners we work with.

"Our mantra is, ‘the best deal you do is often the one you don't do'."

On what might lay ahead, Easterday says all discussions, of course, are confidential. "But I can confirm that we have, and continue to be, very active in seeking opportunities that leverage off our core strengths."