Australian-based Southern Gold (AU:SAU) wound up its openpit gold mine in the September quarter but also established two key drivers for growth – a new, high-grade underground resource near Kalgoorlie and access to historic gold mines in South Korea. Managing director Simon Mitchell outlines the path ahead to RESOURCEStocks. 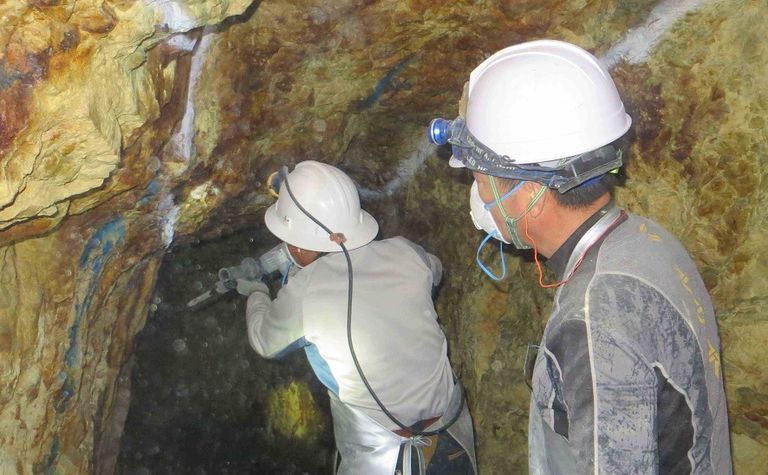 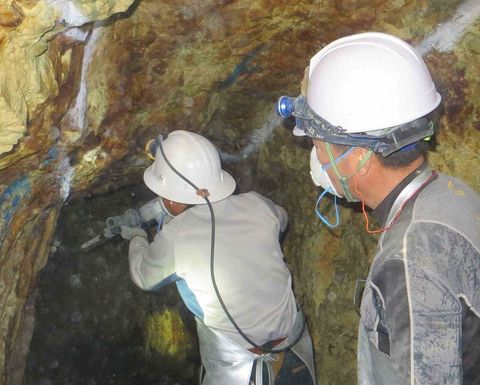 RESOURCEStocks: Southern Gold's Cannon now-completed openpit gold mine near Kalgoorlie has brought in A$13.6 million to date. What has the experience meant for the company and what ideal timeframe are you looking at to resume producer status?

Simon Mitchell: That cash flow meant a great deal.  It basically enabled us, through the debt facility with Westgold which was basically a prepayment on the mine, to ride out the downturn.  We have restructured the company, made several acquisitions and set the company up for some incredible exploration opportunities, particularly in South Korea.

In terms of resuming producer status this will come from two main initiatives - firstly, we are looking at a Cannon underground scenario that can be mined during the course of 2018, so we are only a few months away from a decision to mine here.  Secondly we are moving forward with our Gubong project in conjunction with Bluebird Merchant Ventures.  We will have some economics and assessment works completed by mid-2018 and be looking to produce there, at small scale, perhaps 12 to 18 months later.

RS: Once mining at Cannon finished, you were able to drill into Cannon Underground and recently announced a high-grade 142,200 tonne resource at 5.18g/t gold for 23,640 ounces. You're investigating various development scenarios, what are your preferred options?

SM: We are open minded but I am looking to do two things: one, release value to our shareholders one way or another and we don't have to be the miner to do so, and two, look to do this in a way that doesn't dilute current Southern Gold shareholders.  If we can extract 20,000oz with a A$500/oz margin and make A$10M then that is 20c per share.  Not bad for a stock that is trading at 26c.

RS:  What is the potential for the nearby Glandore gold project, where Southern Gold is earning up to 90%, to tie into a potential Cannon Underground development? 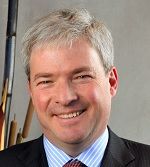 SM: We are hopeful of defining a few small open pit deposits in this area - although we need to see the results of the current round of drilling before taking a firm view on this - and we think this is a great exploration area.  It has been a puzzle to previous explorers and to be frank, it's a bit of puzzle for Southern, but we are having a good look as this is a district with a lot of "smoke".

RS:  The company has just paid a maiden unfranked dividend of 3c per share, offering the option of cash, shares or a combination, with about a third of shareholders taking up the reinvestment option. What did you make of this result?

SM: It shows how much people want the cash!  Seriously though, this was about in line with our expectations.  Many of our major shareholders took the re-investment option as we have a pretty stable top 50 shareholder group.  There are a couple of traders coming in and out of the stock that provides for a bit of volatility, but in the main the top shareholders are not sellers and are accumulating.

I suspect also that many of the smaller shareholders probably saw the dividend as a "one off" never-to-be repeated gesture, when in actual fact we are quite serious about returning some of the earnings, let's say 10% is a good guide, back to our shareholders, particularly in the context of a sideways trading stock with modest capital growth.  I am keen to get a return on our shares one way or another.

RS: Turning to Southern Gold's South Korean portfolio, where you've recently gained underground access to Gubong and Weolyu - which is the higher priority out of the two historic gold mines? 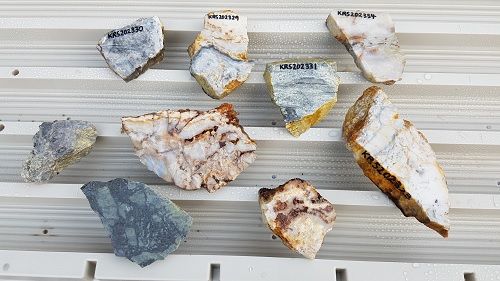 SM: Gubong is first cab off the rank in regard to development and this is the project Bluebird are advancing.  This has an incredible amount of infrastructure in place worth a lot of money in today's dollars.  Bluebird will move this forward at a much faster pace than I could have achieved taking it forward with my team.

For my exploration group though Weolyu has been a top priority.  We are still piecing it together and we await results from the underground sampling and the drilling with much interest.  Silver will be important here - what we don't know just yet is whether this will be a gold mine with a silver credit or a silver mine with a gold credit!  We have some way to go before we know whether we have a mine or not but it's not often you can walk up to a quality epithermal gold-silver system with very little drilling into it where grades on surface are extremely encouraging.

RS:  Your joint venture partner at Gubong, Bluebird Merchant Ventures (LN:BMV), is now assessing the restart potential at what was once the country's second-largest gold mine. What condition is the project in and what sort of ballpark costs would a restart entail?

SM: The project is in excellent condition but when it was shut back in the early 1970s they did a really good job of covering all the mine entry ways.  It has taken Bluebird a bit longer than anticipated to get underground access but now they have done so things should start to move along at pace.  The mine restart is being framed as an almost pilot scale operation to begin with because of the relatively high gold grades.  Capex is being scaled to be US$10M or less, including the cost of further testwork and feasibility study.

RS:  At Weolyu you've discovered in-situ, unmined veining - how soon do you hope to receive results from this exploration and how will this impact development plans?

SM: We should get results from this phase of work by early to mid-December.  We have a bit of a way to go before we talk development but some of our team believe this could be an opportunity to mine at small scale if the grades are high enough.  It is a big mountain and there is a lot of space for multiple veins to be ultimately defined.

RS:  With a lot of exploration underway in South Korea, you've mentioned discussions are underway about a purpose-built analytical facility so samples won't need to be processed offshore. Is this likely to eventuate in a timeframe that will expedite your exploration?

SM: We have already established the sample prep facility and we are now talking about an analytical one.  So we have improved the sample turn around and cost of the process but as Bluebird start to get going at Gubong the number of samples will go up an order of magnitude and this is when the analytical facility will make sense.

RS:  Your cash position at the start of October was A$4.8 million - how far will this funding stretch given the activity across your portfolio?

SM: Well, we are no "lifestyle" company as the brokers or analysts like to say. We are spending the lion's share of this money over the next 12 months but I am already looking at how to release additional value and improve our coffers in the near term.  We have a lot of work to do and a huge amount of value to release - we haven't even talked about some of the ground work we are doing in South Korea where we are generating some fantastic projects.  South Korea has incredible geological potential and we are only just now starting to stroke the leg of the elephant.  Stay tuned!

RS:  Finally, what do you think sets Southern Gold apart from its gold-focused peers?

SM: We manage our company as a business, not just as an exploration company.  Of course we take exploration very seriously, but we are looking to do this in a way that keeps the register very tight and avoids dilution at all costs.  Should we succeed in finding one those elusive "world class" deposits watch our stock price fly as there isn't much stock out there to pick up!