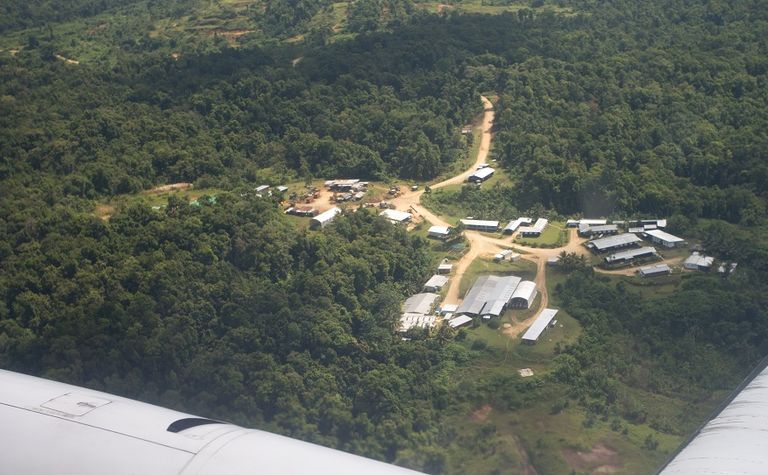 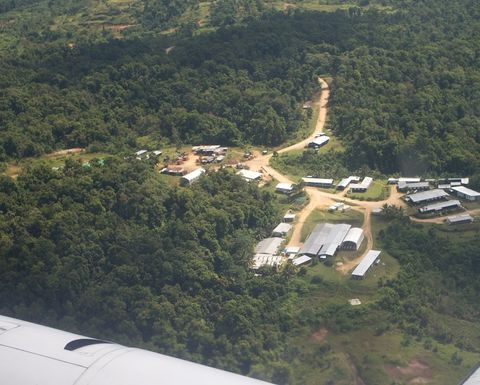 RESOURCEStocks: Geopacific notched up key achievements during the September quarter, namely raising more than A$10 million and completing an off-market takeover of Woodlark owner Kula Gold, effectively gaining up to 96% of the flagship project. What does this streamlined ownership structure mean for both the project and Geopacific shareholders?

Ron Heeks: It's clear that Geopacific now controls the project. Kula has become a controlled subsidiary and its accounts are being consolidated into Geopacific's.

Geopacific took time to review and understand the very large dataset that encompassed the project and which had cost previous owners over $150M to generate. This allowed Geopacific to form the view that the project represents a significant goldfield that will produce an initial plus-million-ounce reserve and with the potential to add game-changing discoveries to that.  From there it was an easy decision to determine that this was a project that the company wanted to control and operate in its own right.  We liked what we saw so we bought it for a great price of around $5 per reserve ounce and we believed that the market would be more receptive to us controlling the project.

RS: Woodlark is currently dwarfed by its regional neighbours including Newcrest Mining's (AU:NCM) Lihir and St Barbara's (AU:SBM) Simberi multi-million ounce gold mines directly north. More than $150 million was previously spent on exploration at Woodlark, how has Geopacific's exploration approach differed and what gives you confidence the resource could increase?

RH: Having world class neighbours that are successfully operating in the same environment as us gives us great confidence that we too can operate successfully and grow the project with further exploration. We fully expect Woodlark will grow in standing among them. We certainly see Woodlark as a large goldfield with potential well-beyond the current areas of interest. 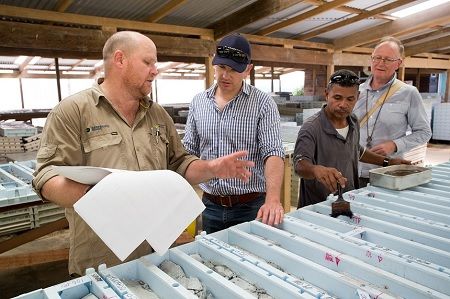 We've always had a two-staged approach, designed to maximise the return to investors. The plan is firstly, to move into production on a scale that is appropriate for a company of our size and secondly, to add to the upside of the project by exploring the greater goldfield.

We believe that we are close to achieving a plus-million ounce reserve and we have only just begun to work-up the exploration potential and are encouraged by what we see. This process will see us prioritise targets, many of which have successfully been identified by previous owners, it's now up to us to us to capitalise the value inherently held within the project.

RH: Geopacific is fortunate to enjoy the support of some of the world's most significant resource funds, with the likes of Tembo, RCF, Franklin Advisors, Inc., Pacific Road Capital among others who have joined our register. Their interest is significant on several fronts, not the least of which is the weight they lend to our ability to finance the project when we reach that point.

It's good to see investment returning to the resource sector because it wasn't that long ago that there was little to no support for junior gold companies. The support of our major shareholders has enabled us to take advantage of a counter cyclical opportunity and acquire a phenomenal asset for under $5 million.

RS: The bulk of money raised will be spent on resource development, feasibility studies and test work at Woodlark. How is work progressing on the mineral reserve update which is due early 2018?

RH: Work is progressing well and we are on target to meet our original objectives of an operation with a plus-million ounce reserve to deliver production of 100Koz gold per annum for a 10 year minelife.

Resource drilling is complete and we are in the process of completing a drill program to meet the QAQC requirements of the JORC code in preparation for releasing our first resource estimate. This includes drilling twin holes and diamond holes to replace older RC holes which were drilled using outdated methods. Lycopodium are currently managing a metallurgical testwork program in preparation for an EPC contract. This work along with independent mining cost studies are expected to be complete to allow us to release a resource and reserve estimate in Q1 2018. This process has taken a little longer than we'd hoped but it's important to us to get it right. We plan to mine this orebody so we will only move forward on solid foundations and we are comfortable that we are fast approaching that point.

Lycopodium have been appointed to manage the DFS which will follow shortly after the resource and reserve estimates. The amount of historic data on the project and the unrecognised fact that it has already been granted mining and environmental permits really gives us an enormous advantage.

RS: Drilling continues to deliver high-grade results, including 7m at 9.21g/t gold from 39.6m at the Kulumadau West deposit. Which deposit is the front-runner for development at this point and why?

RH: Kulumadau being near-surface and higher grade means that it will probably form the basis of feed for start-up of operations, having said that numerous zones within the Busai, Kulumadau East and Adelaide zones also contain nice higher grade zones.

I think the best analogy for Woodlark's epithermal goldfield is a plum pudding. There are some excellent "plums", being the numerous high grade zones. These plums are situated within a large matrix of run-of-mine "pudding".

Geopacific's focus is to de-risk the project and deliver the most attractive economic outcome. After our in-depth work on the project over the last 12 months, we are comfortable that the goldfield lends itself towards a higher tonnage operation. A realistic cost structure will allow us to mine the whole "pudding" to maximise the ability to capture all of the "plums", thereby providing the maximum return with the lowest risk. We are a greedy company - we want to eat the juicy plums and the pudding too!

RS: Management has experience in successful mine development in six different countries - what advantages do you see in developing Woodlark, in what could be described as a remote location?

RH: When we look at the island, which is situated off the coast but relatively close to the mainland, we only see cost benefits. Effective logistics are the basis for all managing operations costs, being on an island enables us to import large items and consumables in bulk. It's the economies of scale on consumables like diesel which can provide significant cost savings. Our experience in delivering cost and efficiency benefits through the effective use of seaborne logistics is something that sets our team apart.

On the construction-side, the island's flat topography, the plant site being located close to the coast and natural deepwater harbour afford us the ability to take advantage of modular construction options. Large sections of the plant can be pre-assembled and delivered directly improving the ability for a high level of QAQC and shortened construction time. 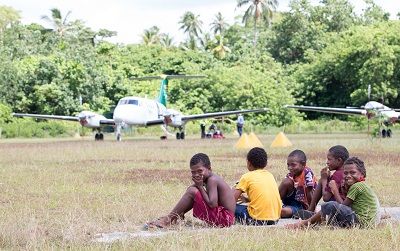 RS: There is comprehensive mine optimisation planning underway, in what areas do you expect to see improvements on the original plans?

RH: As mentioned, the operation will lend itself to a more modern styled, larger tonnage, lower cost operation which will maximise the potential of the orebody while reducing the mining risk. Selectively mining higher grade is a very difficult thing to do well and most get it wrong. The best economic and lowest risk outcome for most orebodies results from capturing the full mineralised zone. Regis are the prime example of maximising returns in this way.

RS: Woodlark Island is about 70km long by 20km wide and you've just started a regional exploration programme - what is emerging and are results likely to impact development plans?

RH: What has not really been realised is that we have an entire goldfield not just a few deposits, artisanal workings from the 1890s are extensive and cover areas we have not even looked at yet. We liken this to turning up to Kalgoorlie with a couple of well-defined work areas while being totally surrounded by the smaller workings of others. It wasn't that long ago in Western Australia that mine expansion was based solely on following old workings. We are still in the "eighties" with the Woodlark goldfield.  We have the benefit of an enormous amount of data which others have funded and we are working on the best way to capitalise on this information to deliver game changing discoveries.

There are large and numerous zones for us to look at and to be honest we are starting at Kulumadau purely because it's "ready to go", whether is it the best, well who knows. Only time will tell and we look forward to taking investors on the journey of discovery to unlock the Woodlark goldfield.

Geopacific gears up for growth