The spotlight on the global hunt for major new copper deposits has flashed onto Ecuador, Botswana, Mongolia and the DRC in 2017. PolarX’s (ASX:PXX) Frazer Tabeart is determined to make the US state of Alaska a much bigger focus of the investment community in 2018. 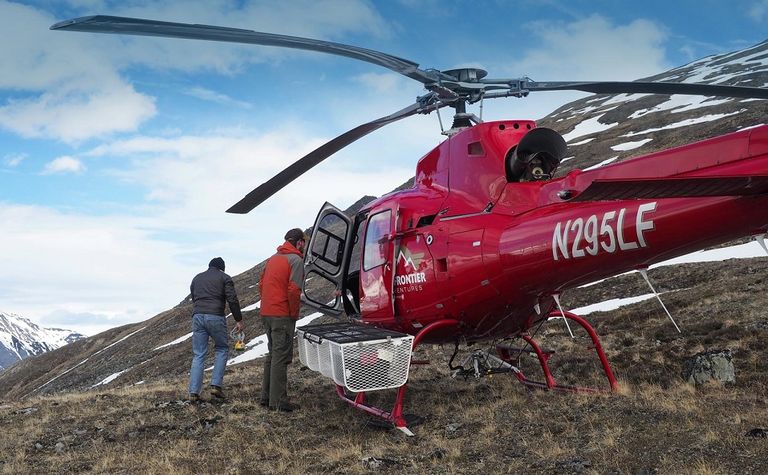 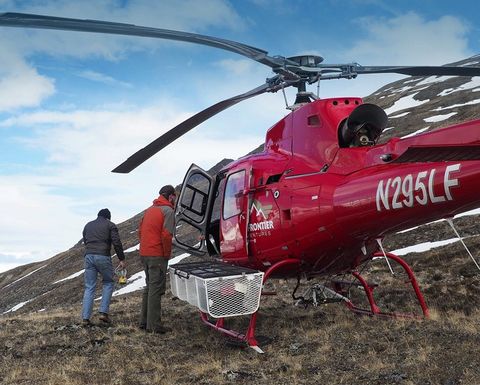 Having this year established the foundations for a systematic investigation of the potential of the 35km-long mineralised corridor covered by the company's 220sq.km Alaska Range landholding in central Alaska to yield large-scale copper-gold deposits, PolarX will hit the ground at full speed next year after a successful 2017 exploration season.

Some smart corporate manoeuvring, more strong drill results -adding to the detailed and now district-scale database the company is using to refine its Alaska Range exploration models - and the arrival of veteran porphyry-copper geologist Tabeart as managing director, have given PolarX an excellent platform to step up its search for a company-shaping deposit in one of the world's best mining jurisdictions.

The company has Millrock's experienced exploration team on the ground in Alaska, backed by the equally experienced technical team at Mitchell River Group (MRG) in Perth, Western Australia. MRG, one of PolarX's biggest shareholders, comprises a group of mining technical leaders, including Tabeart and other experts in the geosciences, engineering, permitting, infrastructure and project development.

Tabeart spent 16 years with Western Mining Corporation, managing exploration portfolios in Africa, Mongolia and the Philippines, and his 30 years as a geologist have included direct involvement in the hunt for porphyry copper-gold systems in SE Asia, SW Pacific, the American Cordillera and central and northern Asia.

He's excited by what he sees in Alaska, on a couple of fronts.

First, the extensive landholding now the focus of a holistic exploration program shows surface and geophysical evidence of being mineralised from top to bottom. PolarX is spoilt for targets but its choices have been made easier for now by the work already done at Zackly, Mars, Gemini and Moonwalk, on the Stellar ground, and at Caribou Dome and surrounds on the adjacent southern property.

Caribou Dome and Zackly present underground mining targets with a combined 130,000t of copper (average 3%) and 224,000oz of gold (4.5g/t) in 4.3Mt of resources that have been the focus of recent drilling. PolarX sees options to boost the resource base out towards 8-10Mt at similar grades, and advance mining feasibility work, next year.

The defined mineralisation at Caribou Dome remains open in all directions. New drilling this year to get the Zackly historic, skarn-hosted resource to JORC standards has produced strong results so far, with more to come this month.

Secondly, geological observations have identified overprinting sub-vertical porphyry style veins and hydrothermal breccias in the new Zackly core, which Tabeart sees as being consistent with a view that there might be a buried porphyry system in the district. 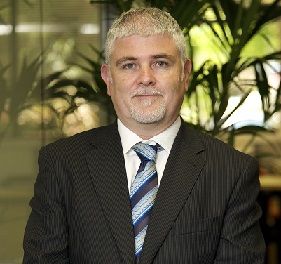 Frazer Tabeart: "Mars has never had a drill hole in it"

And there has been further evidence of porphyry and epithermal mineralisation overprinting of the near-surface skarns elsewhere in the Alaska Range corridor. Meanwhile, limited IP on Zackly, Mars and Senator, at Stellar, has revealed buried chargeability anomalies not far from surface geochemical anomalism, adding to the porphyry system thesis.

More drilling will be the only way to demonstrate the area has more than near-surface similarities to the porphyry copper linked spatially and genetically to skarn-type, and high‐sulphidation epithermal, deposits at places like Grasberg in Indonesia, Bingham Canyon in Utah, and in the Philippines.

But the parallels with big orebodies in similar geological settings, and arrival of Tabeart and his technical support team to piece it all together, have already drawn new high-level support to the PolarX share register, with more likely to follow.

"We have high-grade, at-surface copper and gold at two locations, which gives the project an immediate buzz about it," says Tabeart.

"But from our point of view the high-grade copper-gold at Zackly, in particular, was an important part of the empirical evidence to support our hypothesis that there's a potential district of porphyry copper deposits there. What we did see in the holes that we did drill was some very clear geological evidence that there might be something underneath Zackly - the style of mineralisation at Zackly is what you'd expect to see being peripheral to that [porphyry] type of mineralisation.

"So we liked it from that point of view.

"From a tectonic point of view, too, it's also certainly where you want to be for these big copper-gold deposits.

"Next year there will be a lot more drilling on Zackly, and that will be along strike and underneath it; underneath it to look for down-dip extensions of the higher-grade stuff we've currently got, but also looking for the much larger tonnage, albeit potentially lower grade porphyry material that might be the driver of that higher-grade system at the top.

"So that will be an important part of next year.

"This year we've also looked at the structural geology around Caribou Dome, which is a lot more complex from a geometric point of view - it's been folded at least twice, and then chopped up by some faults. One of our directors, who's got a PhD in structural geology, was this year able to assess what he saw in the field, in the core, and start to understand the geometry a little bit better.

"We've still got to capture and reflect that re-evaluation in our 3D model, which we'll do over the winter, and that will help us target some new drilling for next year.

"We've also got a number of untested coincident IP and soil geochemistry anomalies at Caribou Dome that have never been drill tested, so there is potential to find another one or two lenses - the low hanging fruit."

"At both Zackly and Caribou Dome the [historic and recent] drilling has been very restricted to the known mineralisation and generally the top 200m. So there is still plenty of potential at both and although it may be easier to convert at Zackly because the geometry is simpler, it's definitely not out of the question at Caribou either."

After Zackly, Mars is highest on the priority list. It's produced high-grade soil and rock chip sampling results and now ticked another box after first-pass geophysics.

"What stood out there was the fact that we've got an IP anomaly 150m below surface right underneath where we've got a 2km-by-1km copper-gold soil anomaly, and where the rock chips that have been collected above it contain up to 7% copper and 2g/t gold," Tabeart says.

"We've only just had the preliminary geophysics done on it in the last year. We only did the three IP lines, and one tie-line. All three lines and the tie-line lit up. But we've not actually closed off that anomaly and need to do more IP, probably using a more powerful system to see a bit deeper as well.

"We need to remodel that, and then drill that. Mars has never had a drill hole in it."

Next year's significant program should see some deeper 500m-600m holes that are bound to draw attention.

The two standout targets, Zackly and Mars are thus likely to absorb most of PolarX's attention, and drilling focus, in 2018.

Another porphyry copper target, Gemini, has produced widespread high-grade copper in surface grab samples, but it needs to be properly mapped and will get first-pass geophysics surveying at some point, depending on results elsewhere. Moonwalk, in the northern part of PolarX's land package, produced tantalising gold rock-chip results at the start of the decade that need following up.

"What people have noticed is that there is a granodiorite intruding black shale, which is more of a Tintina gold belt style of deposit, like a Pogo or a Fort Knox [both north of Alaska Range]," Tabeart says.

"There were just two ridges that were sampled there, and both producing good gold grades over 80-140m, with peaks in quartz veins up to about 30g/t. It's clearly mineralised, but we don't know the extent. It's had very limited work done because it's a bit more remote, but we want to get a team out there [during 2018] and really work that up so it's drill ready during the coming season."

PolarX's project area is about 350km north-east of Anchorage, accessible by road (the Denali Highway passes within 20km of the project and joins a purpose-built road in), and some 100km east of the Anchorage-Fairbanks railway line.

The company's early focus on establishing an operational base via relatively small-scale development at Zackly and Caribou Dome could pave a road to a much bigger future depending on future exploration success, with PolarX well funded to continue its search efforts next year.

"Zackly and Caribou Dome would be very nice projects to develop in their own right," Tabeart says.

"But they're not going to turn PolarX into a billion-dollar company.

Significant period of milestones ahead for ASX-listed junior