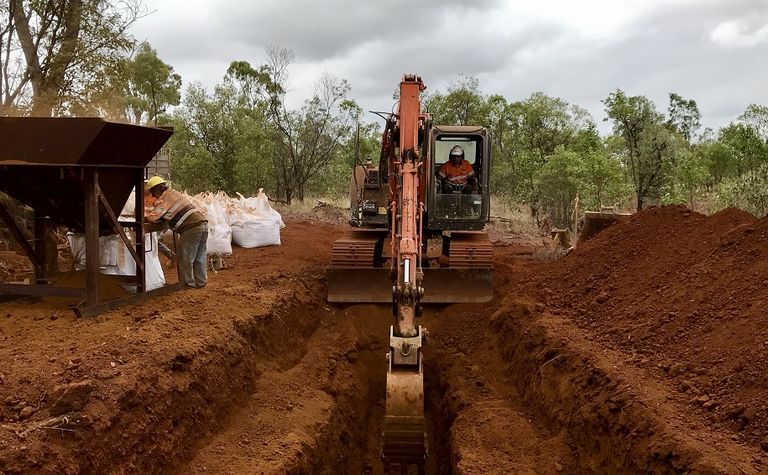 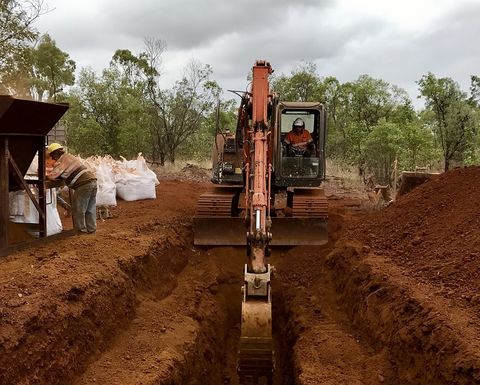 RESOURCEStocks: You had an overwhelming response recently with almost A$40 million in applications for a placement designed to raise $10 million. You've accepted $20 million - where will this funding take you in terms of pre-development and are there further plans to tap into such keen investor interest?

Benjamin Bell: We initially went out to get $10 million that would've taken us through feasibility studies effectively to a final investment decision mid next year but there was such interest, we decided to take $20 million. That will take us all the way through to the end of 2018 and allows us to accelerate things we weren't planning on doing initially, like further processing in the pilot plant, so we aren't looking to go back to the market any time in the next calendar year.

RS: Australian Mines has drawn parallels between your now 100%-owned Sconi project and the higher-capitalised, Robert Friedland-backed Clean TeQ Holdings and its Sunrise project (previously named Syerston). How do you best describe this comparison and what it means for the companies' valuation differential?

BB: The similarities are that it's the same rock type, it's the same headgrade, it processes the same way and the average grade that is going to go through the plant is the same. Both projects are ostensibly identical and we can process material from our Flemington project (which is an extension of their Sunrise) through our plant and it doesn't know the difference. The only real difference is that one is in Queensland and one is in New South Wales, to be honest.

The only significant market differentiation between the two companies is the board. They have Robert Friedland on the board … so there's a premium that Australian Mines will never get. But if you look at it from a purely financial point of view, there's no reason why our market cap shouldn't be approaching theirs given the orebody is the same. We'll continue to put newsflow out and results out but more importantly, we'll continue to roadshow because that's where we get those kicks in the share price.

RS: Australian Mines has just agreed to pay a further A$1 million, adding to the $10 million cash-and-shares deal, to gain full ownership of Sconi from Metallica Minerals. Should investors be concerned about the additional cost? 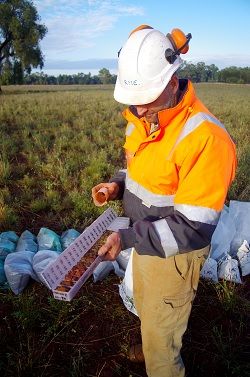 BB: Our offtake discussions are happening quicker than I thought and one of the only concerns these guys had was that we didn't yet own the project outright. We thought as a board if we can pay A$1 million now to waive all other conditions, I can go into the negotiations in the next couple of weeks and say "it's ours" - it was more to remove any reservations that were being raised.

The company is worth about $200 million so in terms of what it means to us, it's not a huge amount.

RS: You've described Sconi as the most advanced project of its type currently under evaluation in Australia - are you on track to release a bankable feasibility study in April 2018 and what are its standout project metrics to date?

BB: We're still on track for the BFS and the thing that we've got that's a standout, in addition to the actual project, is the supporting infrastructure. We're surrounded by sealed roads, there's mains power to site and already a port identified in Townsville. We've got all that a mine needs to support it, so that means our capital cost will be lower than if it was in middle of Western Australia, for example.

It makes it more attractive because the offtake people we're talking to are European or Asian so their idea of distance is different to ours. When you say something is 200km from port that sounds okay but when you say it's 500-600km from port, they start to get concerned. It's about perception of distance and the fact is that the infrastructure is all there.

BB: All the parts will be there this month and the guys are working over Christmas, so we'll commission it at the beginning of January and have some samples out by the end of February. We did the quality assurance/quality controls based on US engineering standards not Australian, because they're a bit more stringent and most parts are coming out of the US and we wanted to understand what that looks like, so it was just a process of going through quality controls.

RS: Looking to the company's Flemington project, adjacent to Sunrise and described as being "two ‘halves' of the same deposit". You've just established an 89 million tonne total mineral resource with an average feed grade of 0.11% cobalt and 0.80% nickel - what is the scope for potential expansion and what work is planned for the coming months?

BB: We've only explored about 1% of Flemington with the first drill programme so we've really just defined the geological framework of it all and confirmed it was the extension of the Sunrise deposit.

In the new year we've got a drill programme effectively spending in the order of $0.5-$1 million. What we're trying to do is get to a point where we try to define a large, economic resource there by the end of the first quarter so that we can start moving into feasibility studies. So in terms of news flow, there's going to be a lot of activity in first quarter of next year.

Also, we've got 10 people we're talking to about offtake and not everyone's going to get offtake out of Sconi, so we'd like to fast-track Flemington as quickly as possible.

RS: Is there a likely scenario where Flemington could overtake Sconi in terms of the company's development priority?

BB: Probably not, because we have all the approvals in place for Sconi. Flemington is probably 12 months behind in terms of the approval process, but we're trying to close the gap between the two. 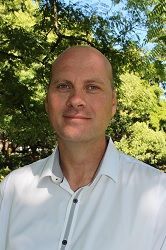 RS: Shares in Australian Mines have increased more than 400% over the past two months, what re-rating catalysts do you foresee on the radar in the next six months?

BB: What we've found is that a lot of our top 20 shareholders are based in Hong Kong, the UK and US and so as we get out and talk to those people and others in the area, the electric vehicle market and cobalt story is well known. What we tend to find is we're not on everybody's radar but once you do make yourself known to these companies, it's a fairly easy sell because of the parallels to Clean TeQ and that's where you get these price drives.

We start road-showing again at the end of January so we'd expect to see a further kick-along in the share price from late January. There'll be a lot of newsflow coming out of Flemington to feed into that because there'll be new data in the first quarter to drive new information into our presentations as well.

RS: Finally, cobalt has gained attention this year mainly due to supply risk factors, what is your outlook on prices for your key commodities going forward, including lesser-known scandium?

BB: We based our modelling pricing on US$12/lb for cobalt and $5/lb for nickel. Cobalt is currently $30/lb so we're being very conservative because we're taking a 20-year view on that. But if you look at the next three to five years, you can see the cobalt price is going to continue to strengthen as demand for the product continues and there's not a lot of new supply coming on. We can make good money on $12/lb and it's never been below that, so our project will stand up regardless of what the price does in the short term.

From a nickel point of view, all the offtake people we're talking to are interested in the nickel as well as the cobalt so the ability to do both in one contract is more appealing.

With scandium, we're working with Europeans on that as more of an R&D approach to develop a market for the product. Clean TeQ is working with the aerospace sector, we're working with automotive sector. Scandium doesn't play any part in our economic modelling, we're assuming we'll sell none of it so any we do sell will make our economic case even stronger. We've been working with a couple of companies for about 12 months to see if it works - and if it works, great - it could bring in another $50-60 million a year, but it doesn't determine the viability of project so there's no urgency to try to do something with it.

Company aims to be certified carbon neutral by the end of the year. 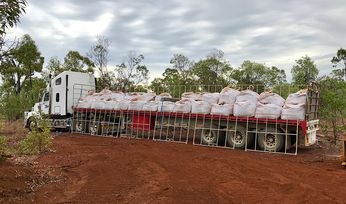 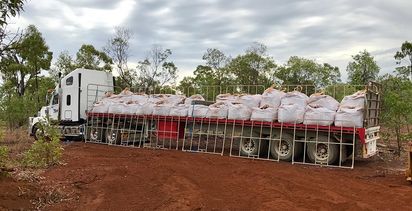 Lake Resources prepares to make a splash in lithium