With the Australian dollar gold price nudging $1,700 per ounce, a thriving market has emerged in used gold mines promising quick and easy cashflow.

Picking winners in this super-heated market has become a bit like shopping for a used car; there are clunkers with a fresh lick of paint and banana skins packed into the diff, and there are forgotten gems that have been sitting in a garage for decades.

ASX-listed junior Alt Resources (ARS) has snagged the equivalent of the coveted "barn find" with its acquisition of the Bottle Creek gold openpit mine at the northern end of the Mt Ida greenstone belt, about 90km north-west of Menzies.

A follow-up acquisition in January of an adjacent 300 square kilometre tenement package, including almost 100,000 ounces of JORC resources, has created the basis of a potential district-scale project with the critical mass that has been missing for so long in the northern Mt Ida belt.

The deals represent a significant change in direction for Alt Resources, which is based in the south-eastern New South Wales town of Jindabyne, close to its Paupong intrusion-related gold (IRG) project. Alt Resources still sees a long-term future with Paupong, a massive mineralised system with tier-1 potential, but has seized an opportunity in the eastern WA goldfields to generate strong cashflows in the short to medium term.

Bottle Creek was shut down prematurely by Rio Tinto subsidiary Norgold in 1989 after producing 93,000oz of gold with handy silver credits in just 18 months. Norgold mined oxide ore averaging better than 3g/t gold from two openpits just 50m deep. The ore was processed onsite through a CIP plant, which was packed up and removed in the 1990s in one of the most thorough site remediations ever undertaken in the eastern goldfields.

With shallow oxide ore at more than 3g/t, the fundamentals of the Bottle Creek deposit were strong in the late 1980s and almost eye-popping by today's standards. But Rio, which inherited the project when it took over Norgold, had no appetite for a series of operational problems, including a legal fight over the performance of the CIP plant and a failed pit wall.

A local prospector acquired the project at the completion of the rehabilitation, doing a deal that gave him ownership of Bottle Creek's two mining leases, and has been sitting on them ever since.

Remarkably, Bottle Creek has been dormant for almost 30 years until acquired by Alt Resources in November, despite the stampede of ASX juniors looking for brownfields projects. The southern end of the belt is being rejuvenated by Eastern Goldfields, which has recommissioned the Davyhurst mill, but the northern end has been largely overlooked. 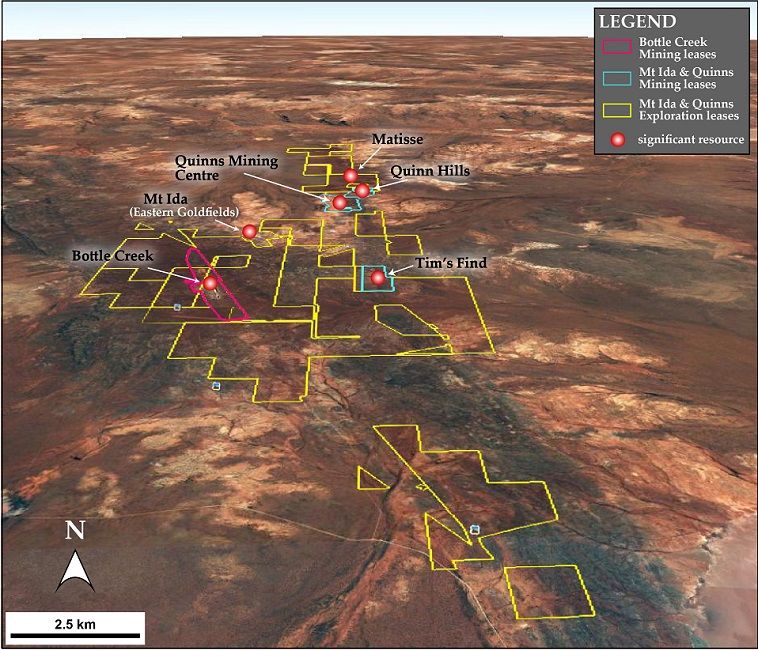 Alt Resources CEO James Anderson said development of the northern end of the belt had suffered because of fragmented ownership and a lack of infrastructure, with Davyhurst the nearest mill almost 120km south.

"There are a lot of high quality, small orebodies throughout this area, but independently they are too small to mine. We have now have consolidated the key deposits in the region for the first time and are very confident we will show there is the necessary scale to bring a plant back into the district, based at Bottle Creek."

Anderson said another reason previous explorers had struggled in the northern Mt Ida belt was the high cost of exploration using consultants in an area that is quite remote. Anderson, who spent years working in logistics and supply chains before a career change took him into the mining industry, has addressed this problem by investing in a full base camp at Bottle Creek and building Alt on a foundation of in-house expertise.

"We have a full-team of geologists on staff, led by Dr Helen Degeling. We have run in-house geophysical data collection for years and the company has just appointed a Perth based geologist to manage our WA operations. We have our own drill rig, our own IP equipment, and we can explore at a fraction of the cost of companies who rely on consultants and contractors. It's also true that in-house expertise gets much better results because our staff are living and breathing our projects every day." 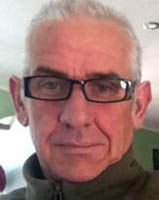 The Bottle Creek mine does not have JORC resources because drilling in the 1980s was done without the gold standards demanded by today's JORC code. However, Norgold didn't spare expense when it drilled out the deposit. Alt Resources is now working through in excess of 60,000m of historical drill data, much of which was drilled on 25m line spacings.

"We just spent the last three months digitising the data and bringing into our database. We have a very good picture of the gold that was left behind, but that needs to be validated by our own drilling before we can achieve JORC 2012 compliance."

Alt is set to begin a 10,000m resource drilling program of about 90 holes in early March. Drilling will target the previously unmined Emu deposit, about four kilometres north of the VB pit. (Yes, all the deposits were named after famous brands of Australian beer).

The RC program aims to extend known mineralisation along strike as well as validate historical drilling, which encountered grades of up to 34.2g/t gold and broad consistent zones of mineralisation, including 38m at 3.6g/t gold.

A second phase of drilling will follow at the Southwark deposit, a further kilometre north along strike. In December, Alt Resources released a lengthy series of impressive historical drill hits from Southwark and tantalising cross sections adapted from open file reports by Norgold in 1989. Among the best historical results were 10m at 12.1g/t gold from 54m, including 4m at 22.5g/t gold.

Anderson said VB, along with the unmined Emu, Southwark and XXXX deposits, had the potential to support a stand-alone CIP plant operation at Bottle Creek, with more scale and district exploration potential added by the $2 million acquisition of surrounding tenements in January.

The deal includes Latitude Consolidated's 100% stake in the Quinn's and Mt Ida South mining centres, as well as an 80% interest in the Mt Ida joint venture. Quinns and Mt Ida South, located just 15km north-east of Bottle Creek, have an existing JORC resource of 1.24 million tonnes at 2.5g/t gold for 97,300oz. There are numerous historical prospects and workings along the mineralised trend, presenting shallow, walk-up drill targets.

Latitude's assets could also have some easy wins for Alt. Latitude had done quite a bit of drilling since acquiring the projects from Wild Acre without bringing all of its drill results into a revised resource estimate, which Alt is now doing.

With the information Alt already has, Anderson believes an initial target of 300,000oz is realistic for Bottle Creek and the surrounding properties, and aims to build this to 400,000oz or 500,000oz before bringing in a partner to develop the project.

The new focus on the eastern goldfields has not diverted attention from Paupong, where Alt has identified a very large gold system in the Lachlan fold belt with similarities to the Dargues Reef IRG deposit near Canberra. Alt is of the opinion the region represents an entirely new mineral field in southern NSW, and are playing the long game in this area. With the support of a number of academic and government institutions, Alt is conducting cutting edge science research to better understand and define the Paupong system.

Paupong is a deep target with the kind of potential that only a greenfields project can deliver, but the rewards of exploration are slower than in WA's eastern goldfields. The new brownfield projects of Bottle Creek and the surrounding properties create a well-balanced portfolio and should put Alt on the radar of WA's avid gold followers.

The Bottle Creek deposit is an asset with excellent gold grades.

K92 gets whips cracking at Kainantu