To say Millennial Lithium’s (CN:ML) progress under president and CEO Farhad Abasov has been vast is an understatement. Millennial has moved quickly to secure a resource and PEA at Pastos Grandes in Salta, Argentina

Since coming into the hotseat in May 2017, he has sealed a 100% stake in the company's flagship Pastos Grandes property, published a maiden resource and preliminary economic assessment on the project and tied up a larger option for another strategically-located asset in the lithium triangle of South America.
Oh, and he has also raised C$41.5 million (US$33 million) in the process securing the cash to carry out a feasibility study.
This is nothing new for Abasov, who has a string of exploration and development successes to his name.
He recently chaired Argentina brine explorer Rodinia Lithium (now Lithium X (CN:LIX)) - currently in takeover talks with China's NextView - previously helped explor, develop and raise funds for Allana Potash before it was sold to ICL (TV:ICL) in 2015 (at a 50% premium), and was head of strategy for Energy Metals, which was taken out by Uranium One for C$1.7 billion in 2007.
This time around at Millennial, Abasov is being helped by a stellar team with much experience in the lithium sector.
In geologist Ian Scarr, the company has a chief operating officer that has in the past decade explored for and permitted two brine operations in Salta province while, on the advisory team, he can call on Vijay Mehta - a "guru of the lithium processing business", according to Abasov - who has previously worked for FMC (US:FMC) in Argentina.
The rest of the team boasts the sort of capital markets experience modern-day explorers require and Millennial will need for it to become a producer in late 2020-early-2021.

The recent momentum Millennial has been building is a sign of not only Abasov and his team's expertise and the investor appetite for lithium: it is also a reflection of the project Millennial is making a name with.
Pastos Grandes is located in the well-regarded province of Salta, 231km from the province's namesake city.
It is accessible year-round using paved highway and dirt roads and is within 60km of water, diesel-based power generation and a grid network.
And, the brines Millennial plans to exploit compete with the best in the region.
The maiden resource came in at 2.1 million tonnes in the measured and indicated categories and almost 900 thousand tonnes of inferred.
The grade - at a little over 450 milligrams per litre of lithium - is about average for a project on the Argentina side of the lithium triangle, while the magnesium-to-lithium ratio (6.3:1) is similar to what global lithium heavweight SQM (US:SQM) is mining in Chile's Atacama.

We want to make sure we are able to take the project into production on our own but, at the same time, prove up large enough of a project that could be attractive to others

The average flow rate at Pastos Grandes is a key differentiator, according to Abasov.
A 60 hour pumping test at one of the Pastos Grandes wells indicated a drawdown of only 9m at a rate of 27.7 litres per second with a minimal decrease in lithium values from 439mg/l to 431mg/l and a rapid recovery over that timeframe.
"You may have a large resource with good chemistry but, if you cannot pump it to surface at a decent rate, you are going to have serious problems when it comes to production," Abasov said. 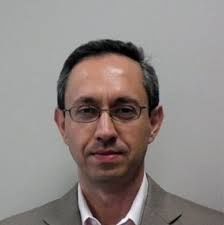 These elements, combined, resulted in the publication of a solid preliminary economic assessment last month.

This showed the company can build a 25,000 tonne per annum LCE operation able to operate over 25 years for US$410 million of upfront capital expenditure.
The average operating cost of US$3,218 per tonne is comparable with fellow brine producers Albermarle (US:ALB) and SQM and significantly below the average Australian hard-rock operation.
This should protect the project's profitability over its mine life, Abasov said.
"The supply and demand dynamics for lithium are robust at the moment, but if there is any volatility down the road, it will be low-cost producers who will win in the end," he said.
Such thinking was seen in the PEA's returns calculation. Millennial used a comparitively conservative price of US$13,499/t of lithium carbonate over the life of mine, instead of a level closer to spot at US$20,000/t.
This resulted in a post-tax net present value (8% discount) of US$824 million and a payback period from the start of production of four-and-a-half years.
The plan is to use proven solar evaporation technology - where Pastos Grandes' location 3,800m above sea level comes in handy - and conventional lithium brine processing, eradicating the potential execution risk that comes with applying new, experimental technology.

There looks to be plenty of opportunities for further improvements at Pastos Grandes.
A 3 tonne per month pilot plant programme, production-scale test wells and advanced process test work, all part of the feasibility study, will provide important feedback on the brine chemistry and processing route.
Then there is the potential to increase the resource through drilling out the recently acquired 2,492 hectares of land adjacent to the south of its existing Pastos Grandes package.
The company has already drilled at the very southern tip of its land package and came back with favourable results.
Drill holes PGMW17-04b and PGMW17-05c both went below 500m depth and terminated in brine-bearing sand. The former intercepted 381.5m of mineralisation at an average grade of 535mg/L from 93.5m depth, while the latter returned 33m at 523mg/l from 27.5m and 211.3m at 545mg/l from 381.7m.
It is not only the grades and continuity of mineralisation that stood out.
"Our impurities ratio - magnesium and sulphates - decrease substantially there," Abasov said. Should these favourable characteristics continue south into the new land, the resource and mine plan could end up looking very different in the feasiblity study, due for completion by the June quarter of 2019.

Millennial has filed for environmental permits to carry out drilling there and expects to receive the go ahead in March.
It could then take five to six months to carry out the drilling required to potentially bolster the Pastos Grandes resource.
This is not all Millennial shareholders have to look forward to in 2018.
The company increased its exposure last year to the well-known Cauchari salar in neighbouring Jujuy province with the signing an option agreement to expand the size of its Cauchari East project.
This leaves it with the right to acquire 11,742ha of what is hot property in the lithium space.
Cauchari East is adjacent to Orocobre (AU:ORE) and Advantage Lithium's (CN:AAL) Cauchari project and the Lithium Americas (CN:LAC)-SQM Cauchari-Olaroz project, two assets that have been gaining much investor attention over the past few years.
A vertical electrical sounding survey carried out last year indicated there could be brine-bearing sediments similar to what its neighbours are drilling out and Abasov is hopeful of receiving permits this quarter to test out that theory.
"If there is anything significant there it will bring tremendous value for our shareholders," Abasov said.

The company has, so far, done well when it comes to generating shareholder value.
A year ago, it was sitting with a market capitalisation of circa-US$40-50 million and its shares were trading at about C$1.64. Even after raising more than C$40 million in equity over the past nine months, its shares are up at C$3.90 and it is capitalised at US$225 million.
It also has C$36 million in the bank and warrants in the money.
And, as is becoming increasingly common in the lithium space, it has a major Chinese strategic investor to call on.
Solar giant GCL - through subsidiary Million Surge - holds some 17% of Millennial, a board seat and pre-emptive rights to maintain its equity stake. But, it is not entitled to offtake from Pastos Grandes.
That may become important down the line when Millennial looks to find the money for development, or, like many of Abasov's previous companies, becomes a takeover target.
These are both options the team are planning for.
"We want to make sure we are able to take the project into production on our own but, at the same time, prove up large enough of a project that could be attractive to others," he said.
So far, so good.