Kingston Resources (AU:KSN) has not wasted a moment since gaining the opportunity three months ago to control the world-class, multimillion ounce Misima gold project in Papua New Guinea, and has already embarked on an exploration programme to establish its greater potential. 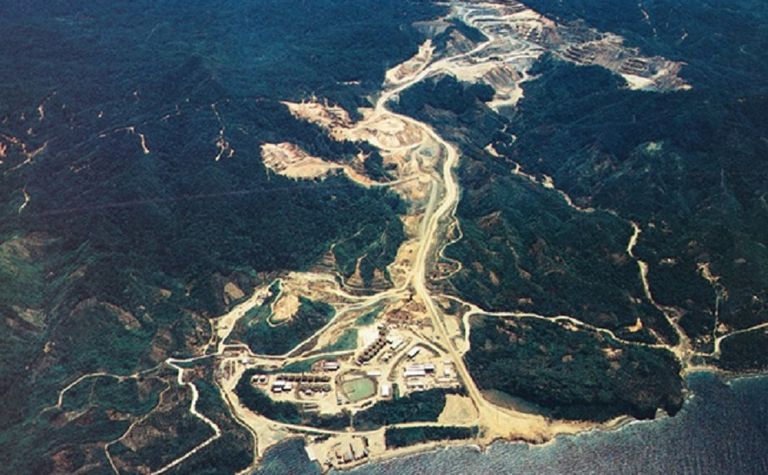 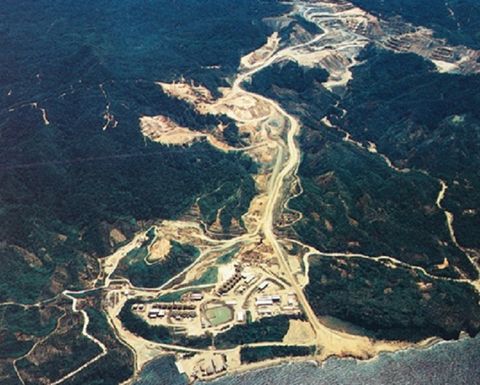 Misima (pictured in the early 1990s) has a starting point of 2.8Moz of gold

After an all-scrip takeover of Canadian-listed WCB Resources in November, Kingston immediately upgraded Misima's existing resource by 22% to a JORC standard 2.8 million ounces of gold and 13.9Moz silver and is poised to appoint a drilling contractor.

Many may remember Misima as one of Placer Dome's cornerstone gold mines, which produced 3.7Moz of gold and 22Moz of silver over 14 years before it was closed in the early 2000s when the gold price fell below US$300 per ounce.

WCB had originally investigated the project's copper potential in a joint venture with Pan Pacific Copper, jointly owned by JX Nippon Metals and Mining and Mitsui Mining and Smelting, and had spent close to A$7 million of the A$9 million (US$7.2 million) required to earn up to 70% of the project.

But Kingston managing director Andrew Corbett said it was the gold potential - through the exploration upside, resource base and production history - that attracted it to the project.

"We've just closed a transaction to pick up Misima - which we think is a world-class gold project and has a great track record of profitable gold production - that has been sitting there largely untouched for 15 years," he said.

"We have 2.8Moz of gold as a starting point and we expect that to grow with the exploration programme we're starting now.

"I don't think too many juniors have a resource of the size that we do, complemented by such extensive exploration upside."

The company has four target areas to address, including Misima North which has historic channel sampling of 176m at 1.12g/t gold, and historic drill intercepts including 10m at 2.36g/t gold from surface.

"There's a lot of early-stage exploration that was never followed up because the gold price was so low," Corbett said. 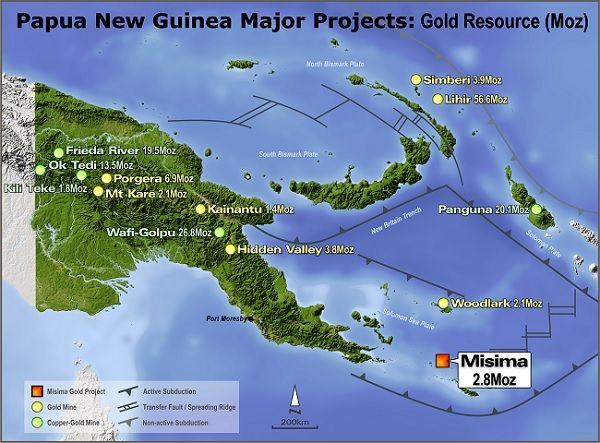 Commercial manager Chris Drew said the amount of information available to Kingston significantly de-risked the project, having acquired all the previous exploration and operating data - and employed a former Placer geologist who had conducted exploration at Misima.

"We have feasibility studies, engineering drawings and 14 years of operating parameters, including monthly mine reports, in boxes both here and in storage in Townsville," Corbett agreed.

"It's significantly de-risked the project in that a lot of factors that are usually unknowns are known for us."

He said former Placer geologist Mike Woodbury, who was appointed project exploration manager in November, was on the island as he spoke, along with a consulting geologist doing a high-level structural review of all the targets to provide a second data point to cross reference Kingston's targets with Placer targets.

Kingston also retained the services of two PNG-trained geologists, both of whom have already been working on Misima for over five years.

"Having geologists already in place was the key to us hitting the ground running," Corbett said.

"We started field work within two weeks of the deal closing, and we've been at full speed since early January."

The company put the drill programme to tender and intends to award it shortly, aiming to mobilise in March and start drilling in April.

The exploration is funded through cash on hand of about $6 million, thanks in part to an over-subscribed $4.3 million placement this month and another up to $1 million is expected in a share purchase plan closing in March.

"People are starting to understand the potential of this asset and part of that is the starting base of 2.8Moz," Corbett said.

"On top of that, people can see very quickly that if we have success with exploration, it will significantly enhance the outcome of any mining studies."

Lurking beneath Misima's gold prospectivity is the copper potential and Corbett said that while it was not a current focus, it was a further attribute that could be investigated "down the road" once the gold was proved up and the company had the cash flow.

Kingston will also discuss its copper-focused joint venture partner's plans as KSN approaches the 70% ownership milestone, which it expects to hit mid-year by spending less than $2 million to complete the earn in.

At that point, Pan Pacific can either co-fund the project or Kingston's interest can increase further.

The company has 75% ownership of the project, which has an established resource, historic underground workings, and drill hits in the past year that have included 7m at 12.59g/t gold from 35m.

"We see Livingstone as a potential stepping stone to Misima," Corbett explained.

"If that proves up, it'll be a smaller, bite-sized number to get it into production." 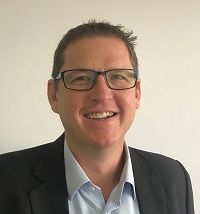 He said the company's funding prospects were boosted by the management team's balance of market and mining experience.

"I think we have a good, diverse mix between mining, geological and market experience - Chris was a sell side mining analyst, I'm a mining engineer who then went on to work as a fund manager, and Andrew Paterson our chief geologist has extensive experience growing resources for companies like Atlas Iron (AU:AGO)," he said.

"I suppose that makes us a little unique in that we have both the mining background as well as financial market experience."

The company's other Australian projects are lithium-focused and Kingston is currently assessing the optimal strategy for their future.

"We think Kingston shareholders are here for Misima," Corbett said.

"It was a very low-cost operation because of its excellent metallurgy, low strip ratio and large scale - it had a reserve grade of 1.26g/t but it produced above that grade when it was in production."

The site has since been rehabilitated but other infrastructure including the port and recently-upgraded airstrip remains.

Corbett said the island community was keen to see the project up and running again.

"Misima operated very effectively for 14 years with no issues and the local community is very supportive right now - we have really good landowner engagement and already a lot of support on the ground," he said.

Drew said another benefit was the island's skilled workforce, adding that a number of Placer-trained Misimans currently worked fly-in, fly-out of other operations around PNG.

Corbett believes success in the Misima drilling programme should be a turning point for the company's share price.

"People are only just starting to understand our story," he said.

"We're trading at a material discount to our peers and hopefully that starts to unwind when we start to drill and advance the project.

"The key is that we've got a fantastic project that already has 2.8Moz but we're also excited by the exploration upside that has never really been touched in the past."