Moving at a pace that would make a Tesla Model S seem slow, this year, LSC Lithium (CN:LSC) has already put out two maiden resources and is about to start working on preliminary economic assessments for its properties in the Argentina section of the lithium triangle. 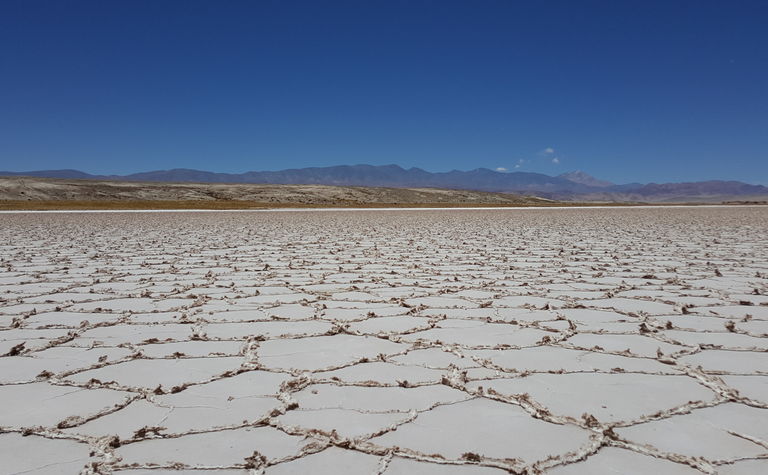 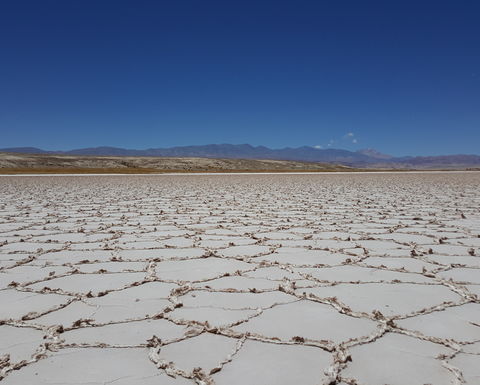 The Toronto-based company is racing towards development at its brine projects by 2021, just in time for the lithium supply gap forecast by Benchmark Mineral Intelligence.
This year, LSC has announced the maiden resources for its Rio Grande and Pozuelos projects.
Rio Grande has an inferred resource of 2.19 million tonnes lithium carbonate equivalent, over an area of 3 square kilometres, to a depth of 100m.
Pozuelos has a measured and indicated resource of 1.3Mt LCE with an extra 300,000t LCE in the inferred category.
LSC president and CEO, Ian Stalker, said there was much more to come at both properties.
"The interesting thing about Pozuelos is that it is sitting about 17km away, at the same elevation, from a second project known as Pastos Grandes, which we're busy finishing off the resource on," he said.
"We'll probably get it done by the third (September) quarter of this year although we are pushing on this. It will add to a ‘total' combined inventory that will be treated through a single process plant somewhere between Pastos Grandes and Pozuelos.
"It's possible that we'll have a combined inventory, somewhere in excess of  2.5Mt - 3Mt of lithium carbonate in this project alone."
Rio Grande has its own upside coming - it is open at depth, with an indication of grades increasing the further down LSC drilled.
"The resource is measured only down to 100m, and we've got an inferred resource of 2.2Mt of LCE in that. The seismic work we've done on the property tells us that the depth of this salar could be as much as 500m," Stalker said.
"We see the grade improving as we get deeper; once we get below 50m, we start getting grades in the 400ppm Li range more consistently … there's a real chance the numbers at Rio Grande could be quite phenomenal in both quantity and ability to deliver it in terms of operational weight into the marketplace."
There will also be a resource coming out for Salinas Grandes in the coming months.
While Stalker was shy about what kind of resource will arrive, he said assays were in the 800-850ppm Li range.

The lithium market has matured since 2016, when mainstream investors dove into the battery metals world.
Supply has increased but lithium experts still predict a shortage between 2021 and 2025 due to a forecast rise in electric vehicle sales at a compound annual growth rate of 25% between 2017 and 2030, reaching 10 million per year in 2025 and 18 million in 2030.
Lithium buyers are paying well over US$10,000 per tonne of Li2CO3, and 99.5% battery-grade Li2CO3 can go for almost $30,000/t.
Pala Investments estimates annual lithium demand will grow from around 200,000 tonnes per annum now to over 500,000tpa in 2025.
While cobalt has taken some of the spotlight in the past year, lithium remains a major supply chain headache for carmakers, shown by Toyota's investment in Orocobre (AU:ORE) and Great Wall Motors' tie-up with Pilbara Minerals (AU:PLS) in Australia.
The miners have reacted to the high prices. 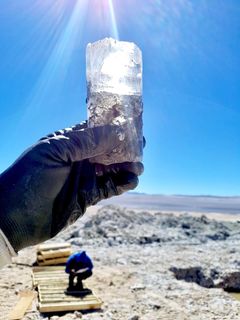 The agreement between major producer SQM (US:SQM) and the Chilean government upped its production cap to almost 350,000tpa from the current 63,000tpa and put a fright through the industry, while Australian spodumene miners have become a focus for investors looking for quicker returns than brine operators can offer.

Stalker agreed supply would increase before LSC could get its lithium to market, but said there would unquestionably be plentiful buyers in 2021.
"[The lithium market] is a certain size, but I believe the growth of it is still in many ways exponential, to the extent the balance in terms of supply and demand is not anywhere near," he said.
"When people start to think about it a little more, I think they may conclude that the Chilean/SQM arrangement, and their ability to turn the production to a much higher level, isn't going to happen overnight.
"They will do the easy-to-fix de-bottlenecking, upgrading, and you'll get that sort of 10-15% increase that can be managed pretty comfortably within the existing plants that they have."
Stalker said the simplicity of brines and the lower energy demands of the plants would keep LSC competitive with spodumene operations.

Mining projects haven't always had the happiest time in Argentina in recent years, but there are strong points on LSC's side; the support of the northwest regional governments, the talent on hand and the history of mining in the lithium triangle.
The government of Mauricio Macri has also been more welcoming to miners in general, upping investor confidence and highlighting opportunities.
LSC's holdings are in the Salta and Jujuy provinces.
Stalker said the provincial governments were clearly keen for miners to be there.
"We find the environment extremely positive … we get access to the right people at the right time, we've established very strong relationships with the secretary of mines both in Jujuy and in Salta, and they are extremely keen to get project development taking place in this triangle," he said.
"They're very keen to see that external investment coming in and driving jobs, development, and skills transfer."
Seemingly some of that skills transfer will be going the other way: LSC's chief operations officer is Argentinian Carlos Galli.

They're very keen to see that external investment coming in and driving jobs, development, and skills transfer

Stalker said it was important for the company to have people with local expertise making high-level decisions.
"We've got a very solid Argentinian team, right up to extremely high senior management level," he said.
"They are extremely knowledgeable; not only operating in Argentina, but in Carlos' case, a great background in operations in general, for lithium carbonate and other chemicals that come out of the salars."
Stalker said he has personally taken 10 mines from early development stage to production, all over the world.
The board, he said, had complementary experience.
"[Their experience is in] not only developing the mining operations but in some instances taking and leading projects and actually selling the company, which of course investors like, because there's an exit at some stage," he said.

With a market capitalisation of $150 million, LSC could be an appetising target for a whole host of buyers; major miners looking for a toe-hold in battery materials, battery-makers to car manufacturers themselves.
But Stalker's focus is on quickly moving forward the projects towards feasibility study stage.
"The intention is that by the end of this quarter or the early part of the second (June) quarter, we will be putting out requests for quotes on the initial PEAs that we will do, these we'll convert fairly quickly into PFSs. I think the completion of the PEA/PFS can be done by the end of this year, allowing us to do a full feasibility in 2019," he said.
"That would then give us a two-year period to get the plant built at that part of Argentina."
Pozuelos is the most advanced now but Rio Grande will soon also have a measured and indicated resource.
As of November 30, LSC had $16 million in cash following two private placements worth a combined $26 million. 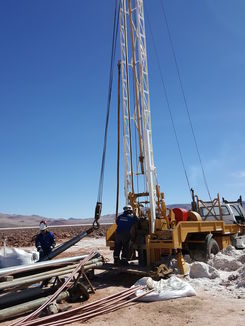 LSC will keep drilling and defining resources throughout the year

The impressive upcoming newsflow will help LSC stand out in a crowded field.

Stalker said institutional investors had cottoned on to the story and retail investors would soon catch up.
"The easiest way for a lot of people to measure our relative value (compared to other brine developers) is by the quantity and quality of Li2CO3 equivalent we have in these salars," he said.
"You look at them ,you can draw a reasonably strong conclusion that we've got approximately 4Mt in our hands right now - before we get the upgraded numbers coming through in the second half of this year - and you can look at our peer group and say 'hang on, LSC's market cap, which is running sub-$150 million, should be closer to two to three times that'.
"We're one of the few groups who have that concentration of ground and the ability to have that size of Li2CO3 in the ground. There's a lot of other plays around with much smaller hectarage under their control, they're looking like proximity plays in my opinion, but via clear standalone companies, it's going to be very easy to separate and judge LSC and get its value unlocked, in comparison to a heck of a lot of others."
Stalker said LSC was "catching up" with more established lithium developers, which must have the feeling of a Porsche in the sights of a speeding Tesla.