Australian gold explorer Metal Bank (ASX: MBK) has had a big 12 months on the exploration front at its Triumph property in Queensland. Managing director Tony Schreck explains why in this update. 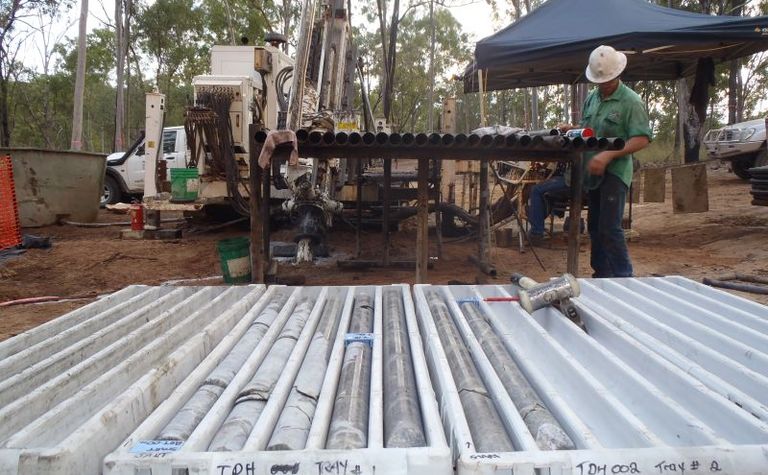 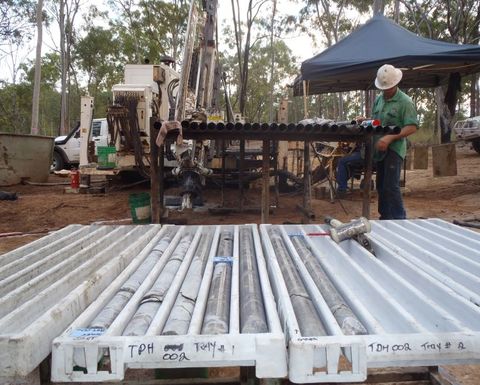 RESOURCEStocks: First, you've reported a series of strong results from RC drilling at Triumph in south-east Queensland over the past 12 months. You are drilling mostly shallow holes through sub-10m of alluvium/sediment cover and have had success so far at six key targets, plus you've identified the big Au-Cu-Mo anomalies through IP geophysics. So there has been plenty to show for the work you've been doing, in terms of results reported, but how would you characterise the progress you've made and how has that changed (perhaps) the objectives you set for this year?

Tony Schreck: 2017 was a tremendous year regarding exploration success for MBK. We were able to achieve near surface high-grade gold drill intersections at five key targets and have a large portfolio of highly prospective areas yet to be drill tested and we are confident these will also yield similar results.

One of the most exciting outcomes of the 2017 exploration programme is the fact that strong gold mineralisation has been intersected just beneath shallow sediment cover which creates the real possibility for an open-pit mining scenario.

Another very encouraging takeaway from last year's exploration is that we have been able to demonstrate a geological connection between the high-grade gold Au- Ag mineralisation and the bulk-tonnage Au-Cu-Mo systems characteristic of large producing gold mines in Eastern Australia.

So not only does the discovery of near surface gold mineralisation at Triumph create the potential for a cost effective multiple open pit mining operation but it also provides valuable data and acts as an excellent tool to locate the bulk-tonnage, multi-million-ounce deposits that we believe could be located at the centre of this large gold system.

We will continue to use this ‘parallel exploration' approach during 2018 to achieve our two main objectives at Triumph. First, define an initial near-surface JORC gold resource and other work towards a scoping study for the multiple open pit mining concept; and second, locate the bulk tonnage, multi-million-ounce intrusion related gold system that may be driving the project.

RS: The initial significant drill results you've reported from Advance have elevated it to a position as your "highest priority follow-up drilling target" at Triumph. Why is that the case?

TS: Last year was certainly our most successful year to date at Triumph but with the excellent results received from the first few drill holes on the Advance prospect we are already looking to eclipse that this year. The initial results include 1m at 69g/t Au from only 17m depth, hidden from historical miners (early 1900's) below 2m of sediment cover. This system could extend for over 1km beneath the cover sediments with the real potential to contribute significant gold ounces to a near surface resource.

What is of most significance and the reason for Advance's elevation to "highest priority follow-up drilling target", apart from the very exciting initial results, is the fact that Advance was an historical mine camp producing very high-grade gold within multiple structures or reefs comprising more than eight historical mines. Records indicate an average grade of 90g/t gold with the highest average grade of 177g/t returned from the Who'd a Thought? mine.

We are very fortunate to hold a portfolio of tenements with such a high concentration of historical gold workings which have never been drill tested. This is without doubt a rarity in the Queensland mining community and creates a material point of difference between us and other gold explorers.

RS: What does the follow-up work program comprise/what are the main objectives?

TS: At least 1,500m of RC drilling is already well underway to test for mineralisation located beneath the multiple historical stopes intersected in the initial drill holes and to define the strike extent of the eight historical mines. The historical mines are located within a window of basement exposure which is surrounded by shallow sediment cover and combined with the strong support of the IP geophysics data we believe the systems extend for over 1km concealed beneath the cover. 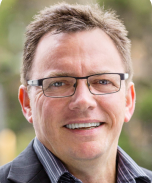 Tony Schreck: Tremendous year of progress at Triumph in Queensland

The main objective of the next phase of drilling is to unlock further gold mineralisation targeting the definition of a near surface high-grade gold resource less than 50m below surface associated with the historical mines and immediately along strike.

RS: You've also started what you've described as a "systematic bedrock drilling programme" on some of the areas. Is that still RC, or core, or both; what depths will holes go to; and what are the primary objectives there?

TS: A multitude of high-priority geophysical targets have been identified beneath the broad areas of shallow sediment cover which dominate the 15sq.km Triumph gold system. RC drilling is used where the sediment cover is unconsolidated and open hole hammer used where the cover is consolidated with an average hole depth of only 7m. This represents the first systematic sampling programme across concealed geophysical targets beneath the shallow cover and I expect these targets to represent bulk tonnage style Au-Cu-Mo mineral systems. Drilling is well underway and due to be completed in five weeks.

RS: You've now got the two rigs at the property. Is that it for now? What sort of metres do you plan/budget to drill in the first half of this year and, given the spread now of the targets (though still in only a small percentage of the 15sq.km ‘camp' area), where will you have the right concentration of results to give you the maiden project resource you are targeting?

TS: We have one RC rig dedicated to near surface resource drilling/investigation and a second drill rig dedicated to bedrock drilling with the aim of completing over 7,000m of drilling by the end of June this year.

RC drilling is focussing on five key target areas including Advance, Bald Hill, New Constitution, Big Hans and Super Hans. Mineralisation has been defined on all the prospects open along strike and at depth. Our priority is to investigate the strike extent of each prospect (beneath the cover) to increase the near-surface gold resource base in support of a multiple open pit mining scenario across the project. I am confident results from the bedrock drilling will open up additional targets creating an even stronger portfolio of exciting prospects to add to the resource base.

RS: You've said a link between the high-grade gold-silver mineralisation that you've drilled, and that's been mined in the past, and the new "bulk tonnage Au-Cu-Mo targets" is an "an important geological discovery" at Triumph. Why is that/can you expand on that comment?

How do you propose to build on the thesis/what will that mean?

TS: Large intrusion related gold deposits in Eastern Australia and globally are typically zoned (metal and alteration zoning) from a central mineralised core to an outer mineralised halo / leakage above and beside the core. At Triumph the high-grade Au-Ag mineralisation (+/- Zn) we have intersected is typical of the outer leakage style mineralisation. While the high-grade Au-Ag mineralisation certainly represents a very compelling target the big prize is the discovery of the intrusive centre/s which has the strong potential to contain multiple millions of gold ounces similar to other deposits in Queensland.

An exploration highlight of 2017 was intersecting intense alteration with molybdenum and copper mineralisation typical of what we would expect to see close to the central mineralised core and concealed beneath shallow sediment cover. The results from the bedrock drilling programme (investigating concealed geophysical targets) will be the next critical step to realising a major discovery on the project.

RS: What are the three main value-accretive steps you plan to take at Triumph this year?

I believe that we will see a re-rating of the company during 2018. We will move along the value curve from a greenfields explorer to brownfield resource builder.

We should be much closer to uncovering the bulk tonnage sleeping giant by year end, which has the potential to be a significant value driver.

RS: Given the company's cash position at the end of 2017 (circa-A$5 million in the bank), what are the plans for Eidsvold this year?

TS: Both the Eidsvold and Triumph projects represent historical goldfields that are surrounded by sediment cover and overlooked by modern exploration which translates into two large company maker opportunities. We are planning an airborne geophysics survey (EM and magnetics) over the majority of the Eidsvold intrusive complex in late March. This represents a first mover opportunity to investigate possible gold mineralisation beneath the cover sediments occurring on this large historical goldfield. Initial drilling of targets generated from the geophysics survey is planned for mid-year.