Permitted and ready to move forward into production next year, a significant new US copper venture is in a league of its own among ‘shovel-ready’ projects offering near-term leverage to the hot metal. “And we’ve effectively got a second mine also sitting in the pipeline,” says Nevada Copper (TSX: NVU) chairman Stephen Gill. 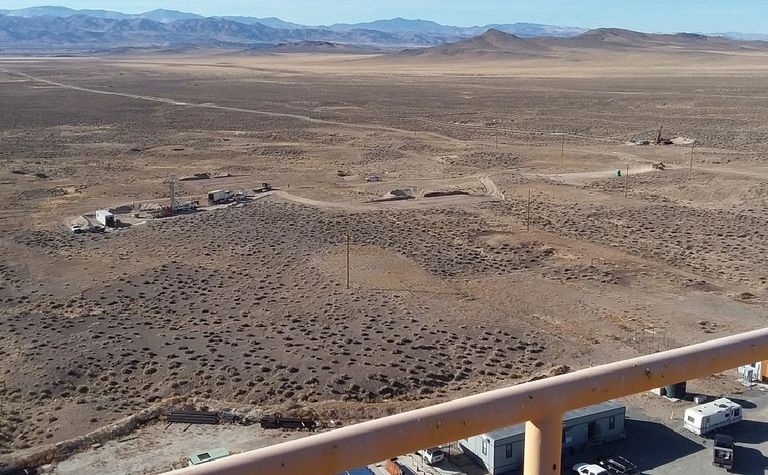 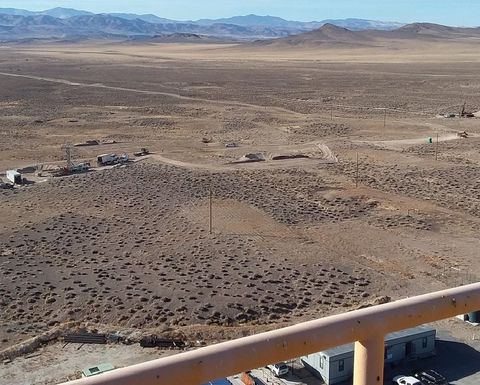 Nevada Copper has had both its Pumpkin Hollow copper underground mine project in Nevada and its balance sheet re-engineered over the past 12 months, putting it in somewhat rare space in the sector. Gill says the development pipelines of both major copper producers and aspirants are bereft of significant new projects in any sort of position to respond to surging copper prices.

Majors are not yet ready to activate new projects despite what BHP has identified as massive under-investment in the sector over the past five years. The mining heavyweight says up to US$100 billion of capex might be required over the next decade to maintain the sector's supply rates in the face of declining grades, deeper operations and ageing capital stock.

Developers need permits, finance, stronger prices, or a combination of the three.

A number of the biggest development projects are realistically 5-10 years away from production.

"No-one has got anything ready to go," says Gill.

"[Higher] incentive pricing is still needed for many of the new copper projects.

"If you believe that price increases will materialise to stimulate the much needed new investment, the [price] leverage inherent in projects such as Pumpkin Hollow is massive."

Pumpkin Hollow is now in a position to become a 50-60-million-pounds-a-year producer of copper from next year after Nevada Copper put in place a US$378 million financing and company recapitalisation plan late in 2017, and then completed a C$128 million (US$100 million) equity raising in January, with support from cornerstone shareholder Pala Investments.

Studied and envisaged nearly a decade ago as a combined large-scale underground and openpit project, with 70,000t/day plant and billion-dollar-plus development cost, Pumpkin Hollow will now be the focus of staged development around a low capex underground mine. The underground project has already had US$220 million of capital invested, including production-size shaft and underground lateral development. The pre-feasibility study indicates the mine is a little over $180 million in pre-production capex away from delivering its first copper, gold and silver, and Nevada Copper has cash, project financing and a $70 million precious metals stream deal in place to restart construction of the 5,000t/day underground mine and get orders in for long lead-time surface infrastructure.

A 13.5-year initial projected underground mine life is expected to be extended once underground drilling can start on upgrading existing inferred resources to a measured and indicated classification, and testing under-explored zones.

"It's not just the sunk capital [in the underground]," says Gill. "We don't have to spend 18 months building a shaft, which is generally the riskiest part of an underground mine development.

"It's got such great a head start."

The underground mine has been re-designed, with a focus on de-risking construction and mining operations, and lifting head grades. Mining of higher-grade zones in the first five years of its planned life has the proposed Pumpkin Hollow underground mine producing 60Mlbpa of copper, plus 9,000oz of gold and 173,000oz silver, at a C1 copper cost of US$1.68/lb and AISC of $1.86/lb.

"We've got over 7580Mt measured, indicated and inferred underground resource base but we're using 13 years defined measured and indicated with a high cut-off grade because we wanted to focus on margins and design a mine that makes money at US$2.50/lb copper, versus where we are today with prices north of $3," Gill says.

"So, at today's prices we've got up to approximately $80 million per annum of free cash flow at the beginning, and we've got a lot of copper price leverage in there.

"We get that cash flow coming in, the market re-rating as a producer, and instead of the usual [market] lull as the underground project is in construction and ramping up to full production, we will be in a period where we have plenty of news around the open pit project, and raised awareness of the significance of the [project optimisation] changes there."

Sitting on a five-billion-pound copper resource, Nevada Copper is continuing parallel work to optimise the openpit development path, guided by the same "margin-over-tonnes" focus on grade and smart engineering aimed at earning the company a premium rating as a profitable producer at average long-term copper prices well below current levels.

The company has engaged top-level consultants, including Golder Associates, Sedgman and Mining Plus, to assist with project optimisation work. It can see substantial cost savings (on previous estimates) in plant design and layout; modularisation of process trains to underpin scalability; and an initial focus on development of the higher-grade North Pit which is anticipated to emerge from a pit optimisation phase with a much lower pre-strip requirement, life-of-mine strip ratio, and cost profile.

"The project was designed for scale at the peak of the previous cycle," Gill says.

"The open pit project was previously designed in 2012 to maximise the conversion of the open pit mineral resource into reserves, without consideration for capital costs and economics, so the project engineersjust went as big as they could on the resource they had at the time, which necessarily chased the grade down, and drove capex up.

"Now the focus is on economics not size.

"The shift to a staged development approach means a lower-cost, nearer-term start-up at 30,000-40,000t/day, focused on the higher-grade North Pit - which is 40% higher grade than the South Pit - and the ability to subsequently expand production scale via the South Pit reserves. Further, the additional geotechnical work completed by the company indicates the ability to significantly reduce waste stripping throughout the project life.

"So instead of a billion-dollar project you end up with a substantially lower capex project. You still get a significant NPV given the focus on grade and reduced stripping, and we expect project IRR to shoots up significantly."

With its current (and potentially improving) FCF projected from the underground mine, and financiers and equity investors understood to be eyeing the openpit expansion favourably, Nevada Copper already looks like it is in a completely different place with the potential to be financed all the way through to production from both its mines without coming back to the market for the open pit, versus to the earlier version which contemplated the need for significant funding for a very large-scale surface mine.

"Depending on what happens with copper prices we might be looking at a situation where over an 18-to-24 month period we could essentially fund the development without the need to access the equity market."

Oh, and thanks Mr Trump, a seismic shift in the US corporate tax rate from 35% to 21% and the removal of the alternative minimum tax, equals a "big bump in economics of both the projects".

Coupled with this year's optimisation study work, drilling on extensions to the North Pit resources - "every tonne of waste that becomes ore has a massive impact on the IIR of the project, and the capex, because the amount of material to be moved in the pit that is currently assumed to be waste",  says Gill - geotechnical drilling, and locking in mining and other contractors, Nevada Copper is continuing its corporate regeneration which started with last year's appointment of veteran mining figure Phil Day as chief operating officer.

"The search for a new CEO - a mine builder and company builder - is ongoing now. We're looking to wrap that up quickly, it should happen before the summer if not much quicker, but we're very focused on getting the right guy and the appointees to the advisory panel should set the tone for what we want to see in terms of the quality of that individual."