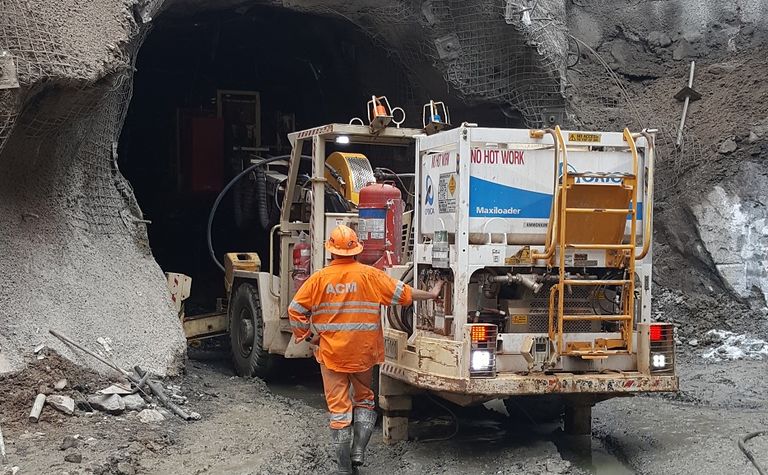 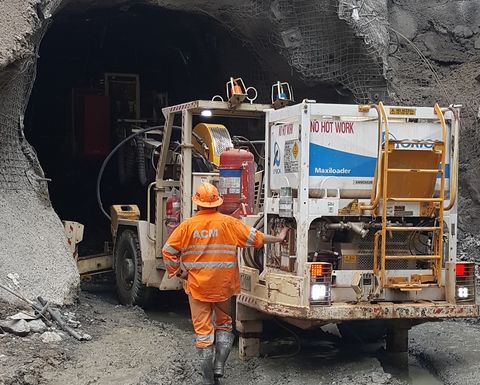 Cannon is moving to an underground operation

RESOURCEStocks: Southern Gold is building the company by looking to rejuvenate former mines in South Korea and through successful exploration in Western Australia's Goldfields, where you're moving to underground operations having just completed the Cannon openpit. You were recently granted formal tenure over the Hampyeong project in South Korea, are you looking to further expand the portfolio?

Simon Mitchell: We are! Our recent announcement of the acquisition of the Aphae project is testament to this and it underlined our ability to secure tenure in South Korea, something which isn't straight forward. We are seeing great exploration targets in Korea and can see ourselves building a very valuable portfolio, principally targeting the epithermal gold-silver projects in southern South Korea. We are looking for another Hishikari - a high grade, long life epithermal gold-silver mine in Japan and a tier-one asset - as we believe all the right geological building blocks are in place.

RS: Also in South Korea, your London-listed joint venture partner Bluebird Merchant Ventures (LN:BMV) has reported recent progress, gaining access to the former Kochang underground mine, and indicating the tailings potential at the former Gubong mine. Are you happy with the rate of progress, and is BMV on track to deliver a development framework report by mid-year?

SM: Yes they are. It might be in July rather than June but they are broadly on track.  Gubong has been difficult to access but remains the large-scale prize for the mid term, while Kochang is a small high-grade system that may be amenable to rapid development.

Bluebird are already making very good progress at Kochang having opened up several levels, installed ladder systems for easy and safe access and have started a comprehensive underground sampling programme. Expect to see some spectacular grades from this one!

RS: What is your perspective on the newly-discovered tailings potential at Gubong, which could add a new dimension to the project?

SM: In terms of the Gubong tailings, yes I have had a few Southern Gold shareholders raise this with me when Southern Gold tends to underplay it, notwithstanding the Bluebird Merchant Ventures' excitement. The reality is that tailings retreatment, while technically possible, faces a huge range of issues and so my excitement is tempered somewhat. Will we have a look at this? Yes, we will. Will it be a quick and easy cash flow source? Probably not, but let's see. The Kochang mine represents a far easier and quicker path to production with significantly less social issues so that's my bet for quick and easy cash flow. 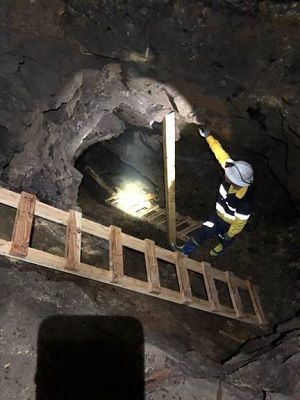 Kochang may be amenable to rapid development

RS: Southern Gold is also looking to revitalise another former South Korean mine and your drilling has identified high-grade gold and silver at the former Weolyu silver mine - how is that project advancing this quarter?

SM: To be honest, we are on hold at Weolyu because we need underground drilling equipment in country and this is taking a little while to organise. So, our activity level on this front is more logistical. It is in process however and the Weolyu target remains a very exciting one but we need the right gear on site. Drilling activity at Weolyu should pick up mid-year but we are looking at drilling deeper into that mountain to chase the high-grade gold-silver veins we have mapped underground at the top of the mountain. There is plenty of room for a big mineralised system given the veins are open in just about every direction.

RS: Turning to Western Australia, your Cannon gold mine development partner Westgold Resources (AU:WGX) recently announced the sale of its South Kal operations - will this have any impact on your nearby Cannon underground development where Westgold has a five-year right to mine?

SM: From a legal perspective, this should not have an impact. The agreement was with the subsidiary that has been sold to Northern Star [Resources (AU:NST)]. At this stage, we believe things will move forward as planned but we await to have this confirmed by direct discussions with Northern Star once they take possession of the assets, expected in April. In any event, we have provisions in the legal agreement that protect the Southern Gold position: if the project doesn't proceed and cash flow starts within 12 months, the right to mine falls away and we get the project back - and keep the upfront A$1.5 million (US$1.15 million) payment!

We are looking for another Hishikari - a high grade, long life epithermal gold-silver mine in Japan and a tier-one asset

RS: Beyond Cannon, which Goldfields exploration projects are taking priority in the coming months and why?

SM: We are drilling at three sites over the next six to eight weeks. We are looking at our first drill programme at the Cowarna project at a prospect called Pryde. This is a target that has been begging to be drilled for years and we have finally got all the regulatory approvals in place - which wasn't easy, I have to add! We are targeting Banded Iron Formation-hosted gold, not unlike what Silver Lake [Resources (AU:SLR)] are mining a few kilometres away.

The other drill targets are at Monument South and Transfind Extended. At Monument South, we have good results from our geochemistry and hyperspectral projects, both conducted with the CSIRO. The Monument prospect is a stone's throw away from the Cannon mine, so we are hopeful of finding a satellite or extension deposit along the same Cannon shear to the southwest.

At Transfind Extended, there is a lot of visible gold in near-surface samples and the prospectors have been active here. We don't expect this to be a big deposit but it is quite possible that we have a high quality one with exceptional grade, not unlike the Transfind deposit itself which was an openpit approaching 5g/t Au.

RS: Last June, Southern Gold declared a special dividend thanks to the cash-generation from the Cannon openpit. What do you hope to be telling shareholders in mid-2018?

SM: We are not likely to declare another dividend given that we have not realised the full return on the underground stage at Cannon yet. This might be a question for the next financial year, but we will of course look at our capital requirements going forward and balance this against ensuring a near-term return to shareholders. I am quietly hopeful that during the course of 2018 shareholders will see an appreciation in the Southern Gold share price as the market starts to reflect the progress being made on the new project developments, particularly with our partners Bluebird Merchant Ventures in South Korea. Bluebird's share price has already started to go for a run in London, it's just a matter of time before the ASX catches up.

The Australian-based company has established two key drivers for growth