A summer sizzler in the Golden Triangle?

It’s shaping as another hot summer in Canada’s Golden Triangle for exploration companies and their investors, and many eyes will be on the restart of drilling at one of the standout gold discovery sites of 2017. GT Gold got pulses, and stocks, racing with not one but two significant discoveries at Saddle, on its Tatogga property. CEO Kevin Keough says standby for what could be an even more exciting re-run. 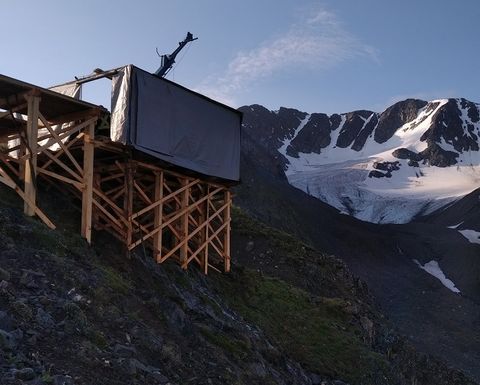 Two drill rigs returning next month to Saddle in Canada's Golden Triangle to complete a further 18,000m of core drilling

The countdown is on to GT Gold picking up where it left off as heavy winter snow set in on the alpine mountain slopes and valleys at Tatogga in October last year, temporarily freezing drilling activity that had already revealed one part of an extensive, dense vein system (Saddle South) with grades as high as 51.53 grams per tonne over 6.95m in near-surface drill intercepts, and a nearby copper-gold-silver enriched intrusion zone (Saddle North) that could really get temperatures rising with follow-up drilling this summer.

The Saddle North target sits in the middle of a massive IP chargeability and airborne magnetic anomaly in a vale abutting the ridge containing the Saddle South multi-style vein swarm. Saddle South is currently known to spread over an area 500m long and up to 150m wide, open in most directions, but has west (discovery zone) and east components that might ultimately be shown to be one very big pot of the same shallow, high-grade mineralisation.

While the surveyed Saddle North target zone is large, this year's initial drilling focus in that area will be laser-like.

Hole 62 in the 2017 summer programme went down about 230m and picked up porphyry-style elevated copper, gold and silver mineralisation virtually from top to bottom. Grades improved with depth and the best grades were recorded near the bottom of the hole.

Hole 64, the last hole in GT Gold's 2017 program, tested the intrusive porphyry about 1,000m to the west of Hole 62. It came back with monzonite-hosted gold (averaging 1.35g/t), silver (1.42g/t), and copper (0.37%) at even stronger average values, with sheeted quartz veins similar to the nearby world-class Red Chris gold-silver-copper deposit.

Very soon, GT Gold will head back to H62, this time with a good 3-4 month exploration season ahead of it.

"The concept is to deepen that hole, go down to 1,000m or even further if it's really looking good. The drill will be capable of going further," Keough says.

"And if it really gives us what we hope then we'll immediately start stepping out on 200m centres around it.

"We're already in BC-style ore grade at the bottom of hole 62. It's a total unknown what it's going to bring deeper down, but if it's like Red Chris it could be really sweet."

With one of two core drills soon to be mobilised at Tatogga dedicated to investigating the "intrusive engine that may have driven the entire Saddle mineralized system", GT Gold will have the luxury of running a concurrent drilling campaign on Saddle South and may even be tempted to bring in other drills. 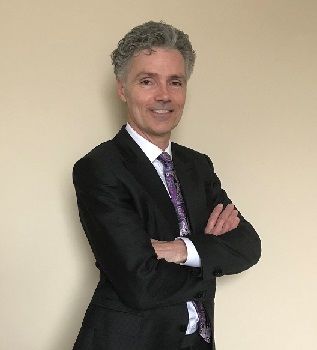 Kevin Keough: "One of the most consistent, sample-to-sample porphyry-style signatures I've ever seen"

That should deliver a maiden NI 43-101 compliant resource early next year (after nearly 16km of drilling in 2017), and no doubt significant market re-rating.

But few believe that process won't start sooner after last year's big summer run-up in GT Gold's share price and market value, which was followed by a general market cool-down.

"In our pre-discovery days we believed based on the strengths and unique characteristics of the soil geochemical anomaly [generated by pre-GT Gold float private exploration] that we would stand a very high likelihood of achieving a discovery at Saddle," says Keough.

"We chose to start drilling up on the table land at Saddle South because we didn't think that particular spot had been glaciated and the soil anomaly therefore reflected a bedrock source pretty much directly below. There was no glacial debris on top, although there is quite a bit down either side.

"So it was great to have the confirmation of our hopes with the discovery at Saddle South and later, elsewhere in the system.

"The big surprise was the emergence of that porphyry target down in the Saddle North area. We were originally led to the Saddle discovery by geochemistry, not geophysics. So when we started doing the first geophysics, along with the start of the drilling last year, we were happy to get a really nice response from the IP associated with the known geochem.

"Our initial IP coverage though left the geophysical anomaly open to the east, and apparently increasing in size. This was very interesting of course. We only found out about this in mid-August 2017, so we went back late in the month and expanded coverage to the east and that's when that massive IP target turned up. We added heli-mag too and that also looked intriguing.

"To be honest though, we weren't terribly keen on it at the time because it had very little if any geochemical footprint on top of it. So we left literally the last holes of the 64-hole core drilling to testing it and by then the snow was flying. We had to bail out of discovery hole 62 though it bottomed in mineralization, and race to complete 63 and 64, then demobe.

"We didn't have a chance to even look at them properly until later.

"When results for 62 came back and it was so consistently mineralised - it's got one of the most consistent, sample-to-sample porphyry-style signatures I've ever seen, and it just steadily strengthens down hole - that was a real surprise.

"In hole 64 we tested way out to the west on what we presumed is the porphyry and we intercepted those genuinely rich - I mean, porphyry-style rich - grades in sheeted quartz veins very much akin to what they get at nearby Red Chris. Pretty much one-for-one copper-gold and strong silver too.

"And that really opened our eyes to the potential.

"So as far as the vein zones are concerned we've really only poured a lot of metres into the Saddle South West-side vein zone. We've also got that vein zone on the Saddle South East-side, which actually has a much bigger IP footprint associated with it than the west side does. And we only have one hole over there into the best of it, and that hit plus-12g/t over 6m, pretty much true width, within a much broader zone that we typically get there [at Saddle South].

"So there's going to be quite a few additional ounces we think come from the Saddle South East side. It may actually link up directly with the West side target area, which the geophysics suggests may occur at depth. If so, that's plus 1,000m of strike length, at least.

"Interestingly, down in the valley bottom at Saddle North at the west end of that trend, we have the same Saddle South epithermal style mineralisation - outlying vein zones to the intrusion. It's also going to be the focus of more drilling.

"We've done a tonne of work needed to really understand the mineralogy, the alteration, specific gravities and metallurgy - all the things that go into a future compliant resource estimate. But at the moment I think we can just say that we have these three known shallow vein zone areas that could add up to pretty considerable ounces. The density of the drilling at Saddle South West-side alone tells us the continuity is strong, and it all holds together.

"Couple it with the likelihood of additional ounces from Saddle South East-side, and Saddle North West-side and we've got the basis of a workable high-grade vein-focused scenario unfolding there right now that probably ends up standing up on its own.

"Whatever we achieve from the Saddle North porphyry is just going to be … gravy. 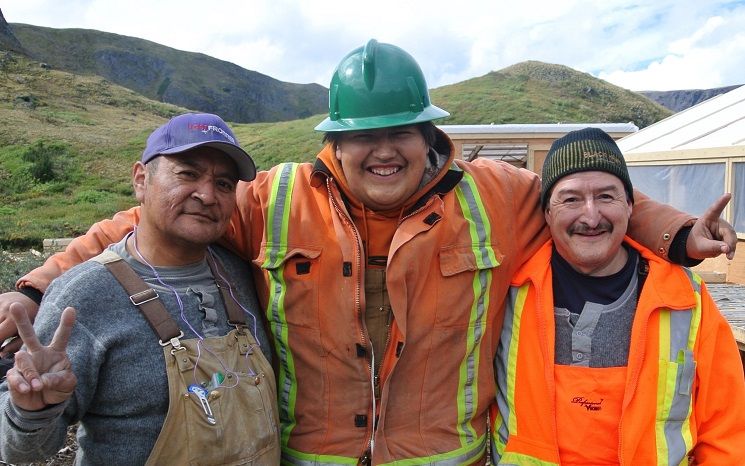 "It's clear to the market that we've achieved something significant, and we had a run last year [in the share price]. We got ahead of ourselves, but the run-up did reflect the novelty of the discovery - the genuinely new nature of it, and rather surprisingly so given its relatively easy access, and all of the kind of excitement that engenders.

"The froth has left the market since. We've had our very substantial correction and the bottom is clearly in.

"We've got all the money we need to execute the program, and we've got lots of interest from various other companies in what we're doing.

"We know and the market knows where we were stock price-wise in the last 52 weeks. They can see what we've got, and understand the value proposition at current prices.

"I would really hope we can retest those 52-week highs and maybe exceed them with what's coming from the program this summer." 'We will hit the sucker this summer', says Evergold's Keough