Key corporate and operational appointments, a new, stronger project development plan for the Idaho Cobalt Project, and cobalt’s exciting future as a game-changing metal have all increased the spotlight on eCobalt Solutions, which is set for a transformational year under new president and CEO, Michael Callahan. He talks to RESOURCEStocks about what lies ahead for the company. 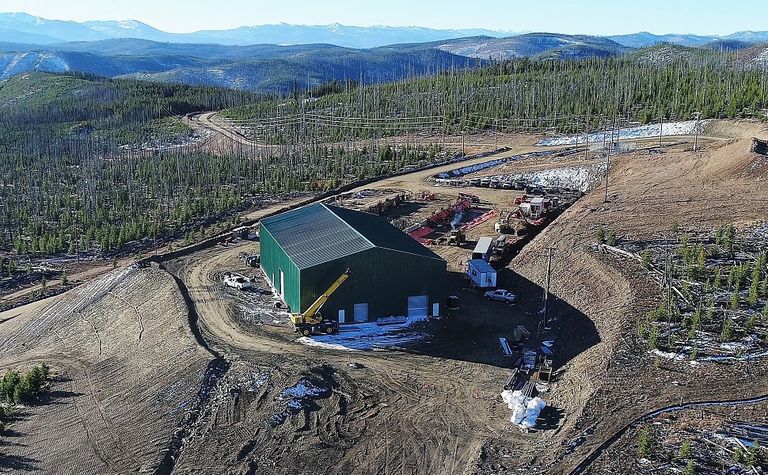 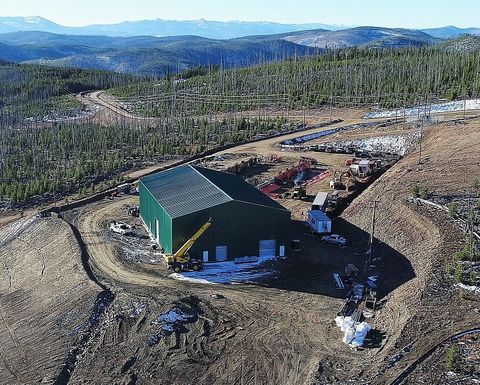 Aerial view of the Idaho Cobalt Project with water treatment plant in the foreground.

RESOURCEStocks: eCobalt has just provided an update to increase underground production and milling rates for the Idaho Cobalt Project in Idaho, USA, to 1,200 tonnes per day - up 50% on the previous - and is finalising new supporting mine planning, mill engineering and costings. The company also continues to work on final cobalt concentrate specs based on interactions with prospective customers. Firstly, you are not emphasising the projected contained-cobalt production rate at this stage; why is that (you've said … "this plan would allow us to produce more cobalt earlier, thereby increasing cash flows at the beginning of the mine life)?

RS: The company has previously examined the economics of various ICP production rates - including 1,200tpd, is my understanding. What has changed, materially, since previous cost estimates were produced?

MC: This is the first time the company has looked at modelling a 1,200tpd scenario.

RS: Where does the project/company need to be to ensure it is cost-competitive with other cobalt producers - including by-product producers - and generates robust free cash at long-term average prices for the metal? You've said publicly, "the viability of the ICP remains strong, and so we must deliver a plan that fully maximizes the project's potential today and well into the future".

MC: All forecasts and macro fundamental indicators point to higher cobalt prices in future years. However, the cobalt market has experienced a lot of volatility recently, so it is critical that we maximize the economics of the ICP to be able to endure this volatility. With my experience in the precious metals sector, I recognize the importance of having a project that can withstand low price environments in order to capitalize on higher prices when they return. In addition, we must design and build the project to a scale that allows it to be competitive.

RS: What are the ICP's main advantages in that regard; in terms of the underlying platform for/capacity to sustain a favourable long-term projected competitive cost position?

MC: The ICP is a high-grade deposit - one of the highest grade defined deposits currently in the world. This attribute puts it in a better position to withstand price volatility. The key is to make sure we design and operate the project at the most efficient production rate currently possible to further support this, which is much of the work we have done over the last couple months in developing the 1,200tpd plan.

RS: You said previously (end of October last year) eCobalt expects to "have project financing in place in early 2019 in order to re-commence development activities in the second quarter once the weather permits". What is the latest on the financing talks/timing of conclusion?

MC: We expect financing to follow directly on the heels of announcement of the new feasibility study. Most of the engineering and costing will be completed in February but the timing of the completion of the study is dependent upon our final offtake agreement. We have sent samples to a short list of offtake parties and are waiting for them to provide us terms that we will then evaluate to determine the final product specification. Once that is determined we will roll that into the feasibility study and then be able to present it for financing.

RS: What is an optimum financing scenario for the ICP now/why?

MC: The optimum financing is really dependent on the terms and market conditions at the time of financing.

RS: When do you expect to recommence development works and where will the focus initially be?

MC: The plan is to commence mine development once our environmental systems are in place and the weather permits. The initial focus will be to complete the water treatment facility that will allow us to commence portal development dependent on successful project financing. Then underground and surface development and construction will run in tandem.

RS:          What is the current level of completion of the various critical-path development works/activities?

MC: All of the work completed in 2018 was on our environmental systems, which need to be in place as per our permits for us to be able to go underground. Those include finishing the liner on the tailings waste storage facility, completing construction and commissioning of the water treatment plant, and electrifying the pump back wells.

RS: You took over as CEO/president of eCobalt in October last year. You largely made your mark as a mining executive/leader in South America and Mexico, having forged a career early with Hecla, presumably starting out in Idaho - you are described as "a local to Idaho"?

MC: Yes. I was born and raised in Idaho and my family has always remained here even when I was working out of country. It is a great place to live and raise a family.

RS: How big was the ‘Idaho factor' in taking on the eCobalt role/why (or not)?

MC: It was a consideration from a convenience factor, but what was more important was the quality of the project. I have evaluated and been asked to take on numerous projects in Idaho and this is the first one that was of the quality I was interested in being involved in. I live in Coeur d'Alene which is a five-hour drive from the project so it isn't exactly next door but it certainly is easier than flying to South America.

RS: How important is the ICP to the state/why?

MC: I think the ICP is a very important project to the state, especially since it is located in an area where good jobs are very difficult to find. The Salmon/Challis area is one of the poorest areas in the state and people are excited for the opportunity to have such a significant investment being made in the area.

MC: As mentioned, the quality of the project was first and foremost. In addition, the culture of the staff onsite was definitely a major draw. I was very impressed by the new management and technical team on site and quality of the work I saw. We have an exceptional team in Idaho led by people who have built and operated world-class mining projects with the likes of Barrick Gold, Goldcorp, Lundin Mining and TMAC. The calibre of talent, which the company has never had before, is really apparent in the work that is being done to advance the project into production.

RS: How, and how much, has Idaho changed as a mining investment destination/jurisdiction in your time in the industry/what do you see as the key drivers?

MC: There is a long history and culture of mining, and the state is very receptive and supportive of new investment. I grew up in a mining town that was in its prime so I have witnessed firsthand the positive impact that mining can have in rural areas. The state is still a very attractive place for mining investment, but the challenge has been the lack of exploration investment in these mining districts. Most of the deposits in Idaho are narrow vein systems and exploration drilling is expensive. The lack of exploration funds available for the past several years has had its impact on Idaho as it has on numerous jurisdictions globally.

RS: This time last year eCobalt had a market value more than three-times higher than its current value (even after a nice little post-Christmas Eve kick) and the last big equity raise was at (plus) double current pricing. Obviously there has been the cobalt and overall equity market volatility alluded to, and a company in project development mode always suffers price/value reversion. But what can investors look forward to in the way of value catalysts, and value uplift, in the next six months or so, and what do you see the main risks/value constraints?

MC: It has been a challenging year for all of our peers. eCobalt has been one of the best performers within that group, but there is little consolation in being one of the best performers in a sector that has endured a difficult year. However, I am very excited about where we are now heading. A number of key catalysts to drive value over the course of the year are in store. The drivers going forward for eCobalt will be the announcement of an offtake partner followed by the release of the new feasibility study, which will lead directly into project financing.

RS: You've talked about building an outstanding technical/operational team. I note the appointment of ICP mine manager, Mark Kockler. Other notable appointments in the past few months?

MC: The company today is drastically different than it was six months ago. The direction we are now taking has a new focus driven by a high calibre technical team and a commitment to risk management. Mark Kockler is a great addition to our team. Other recent appointments include a process manager, a mill process engineer and a senior metallurgist. Also recognize that our COO and general manager, from TMAC Resources and Barrick Gold, respectively, have only been with the company for a little over a year. We now have a very solid team that is driving the company forward. 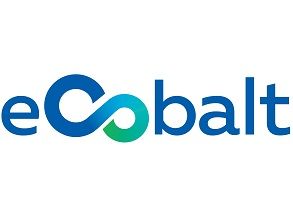