New leadership at AIM-listed Bezant Resources has lifted the pace at the giant Mankayan gold-copper porphyry deposit in the Philippines as part of a refocus on copper and gold. 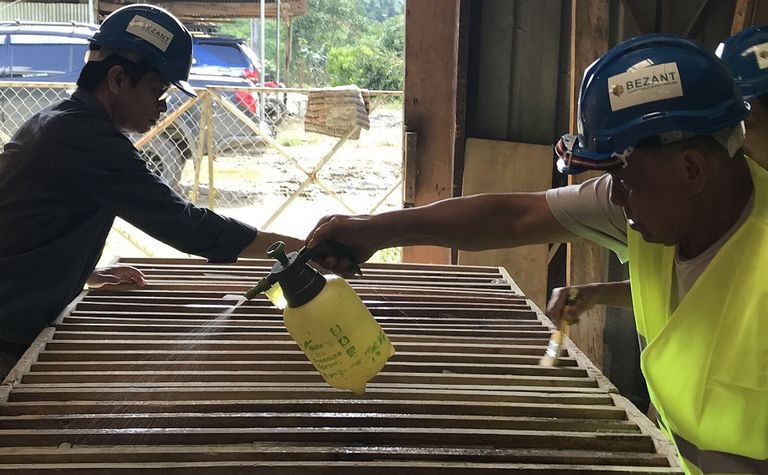 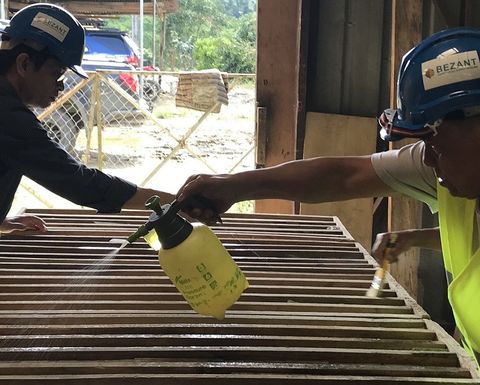 The company was revitalised last year when a leadership shakeup saw Colin Bird take the helm as chairman and the appointment of Laurence Read as CEO. Bird has created a strong following over a 40-year career, which includes the sale of Zambian copper-nickel explorer Kiwara plc to First Quantum for US$260 million a decade ago. Read has a long track record as an adviser to resource companies.

The pair are leading a revival of the Mankayan project, which is one of the world's best undeveloped porphyry copper-gold deposits. A new economic study by Mining Plus has given a significant boost to the project and is adding to momentum following a turnaround in sentiment towards mining in the Philippines.

"Mankayan has been a priority for Bezant because of the size of the opportunity and the fact that we have a core expertise in South East Asia to take the project forward," Read said.

"We are also eager to see progress at our Eureka copper-gold project in Argentina following work undertaken as part of our project reviews in 2018. We are progressing a JV strategy because the Eureka would really benefit from the expertise of a company that has worked extensively in South America and knows how to unlock the potential of gold-copper projects in the region."

Historic gold and copper mines in South America have yielded some remarkable results when subjected to modern exploration, with recent examples including Sierra Metals' Yauricocha mine and Miramont's Cerro Hermoso project in southern Peru. Eureka could be another project in that category, with mining dating back as far as the Jesuits in the 17th century. The last phase of sporadic mining between 1949 and 1975 yielding an estimated 70,000 tonnes averaging 4 grams per tonne gold.

The mine is located near the border with Bolivia and 230km north of the north-west regional capital of San Salvador de Jujuy. The 100%-owned project consists of 11 exploration licences in the Bolivian-Argentinean Tertiary Belt.

Copper mineralisation is hosted in a series of stacked channels known as "red beds", with copper oxides forming as replacement minerals in the matrix in Miocene-aged conglomerates.

Exploration by Penoles in 1999 led to an exploration target of 62Mt at about 1% copper and 600,000t at 2.7gpt gold. The best-known analog is the Corocoro copper deposit in the same belt in south-west Bolivia, contains 50Mt at 0.55% copper. 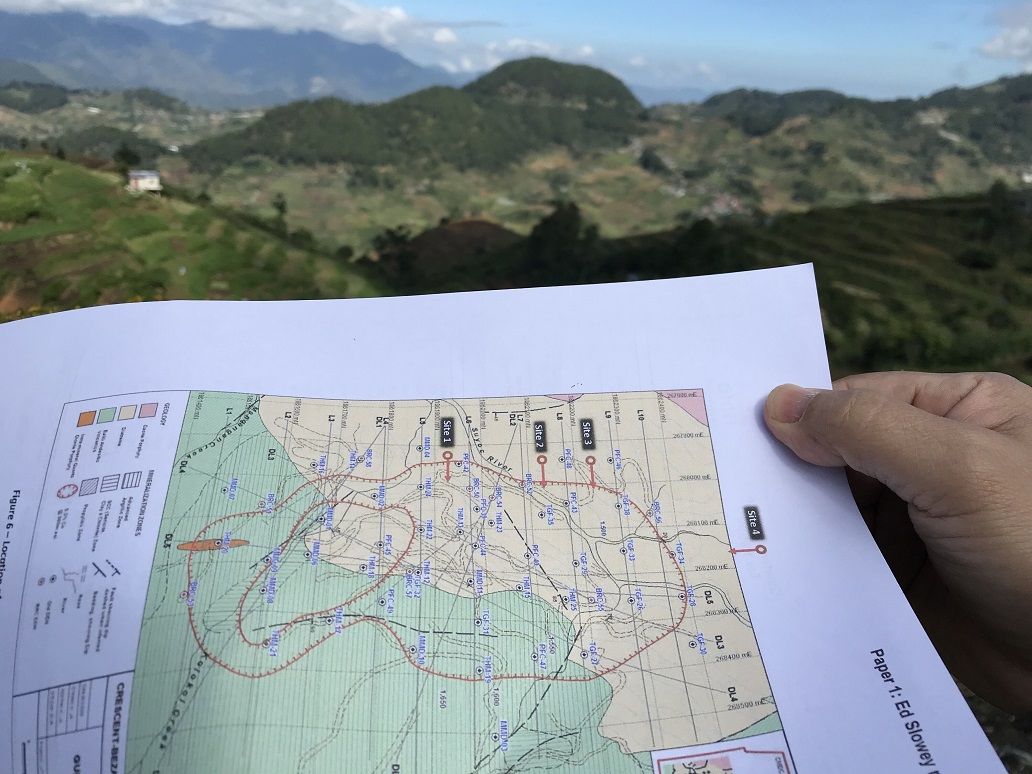 At Eureka, the shallow, flat-lying nature of the sediments present an attractive copper attractive exploration target and offer the potential for early cash flows from a low-cost mining operation. But the red bed copper is only part of the story. There are also tantalising exploration targets of primary copper and gold in feeder structures that could lie below the red bed deposits, as well as quartz-vein hosted gold in the much-older Ordovician basement.

"We know the source of the alluvial gold must be nearby, and historical records show surface samples of nearby stockwork veins have returned values as high as 112gpt," Read said.

To get better definition on the source of the gold, Bezant commissioned Southern Geoscience Consultants to reinterpret an IP survey conducted by TR Gold Corp in 2008. The 3D survey covered an area near the Eureka Mine of 2.5km x 1.25km, with a line spacing of 200m and station spacing of 50m.

Southern noted there was a consistent, broad chargeability high in the central part of the survey area. It developed at a shallow depth of 100-150m and appeared to be about 200m thick, dipping shallowly to the west and plunging/thickening to the south. Based on dips from surface mapping, this feature was most likely sourced in the Eureka Formation.

The newly identified zone also had an associated high resistivity zone, which could indicate a silicified interval. The eastern margin of the chargeability zone coincided with the western limit of underground workings in the Eureka Mine, which supports the idea it could be the location of mineralisation that extends beyond the historic workings.

Read said Eureka had the potential to become a low capex, high-grade mine once further work had been done on the feeder zone targets located below the conglomerate layers. "The project is a stage where it is ready to be drilled so we can properly test the theory of the underlying feeder zones and get to grips with the true gold potential."

Meanwhile, the prospects of bringing Mankayan into development have been boosted with the release on 12 February of a new mining study. The Mining Plus study was based on a historical JORC 2004 resource estimate by Snowden of 222 million tonnes at 0.49% copper and 0.52 grams per tonne gold. Inferred resources lift the total tonnage to almost 260Mt, with contained metal of 1.45Mt of copper and almost 4 million ounces of gold. 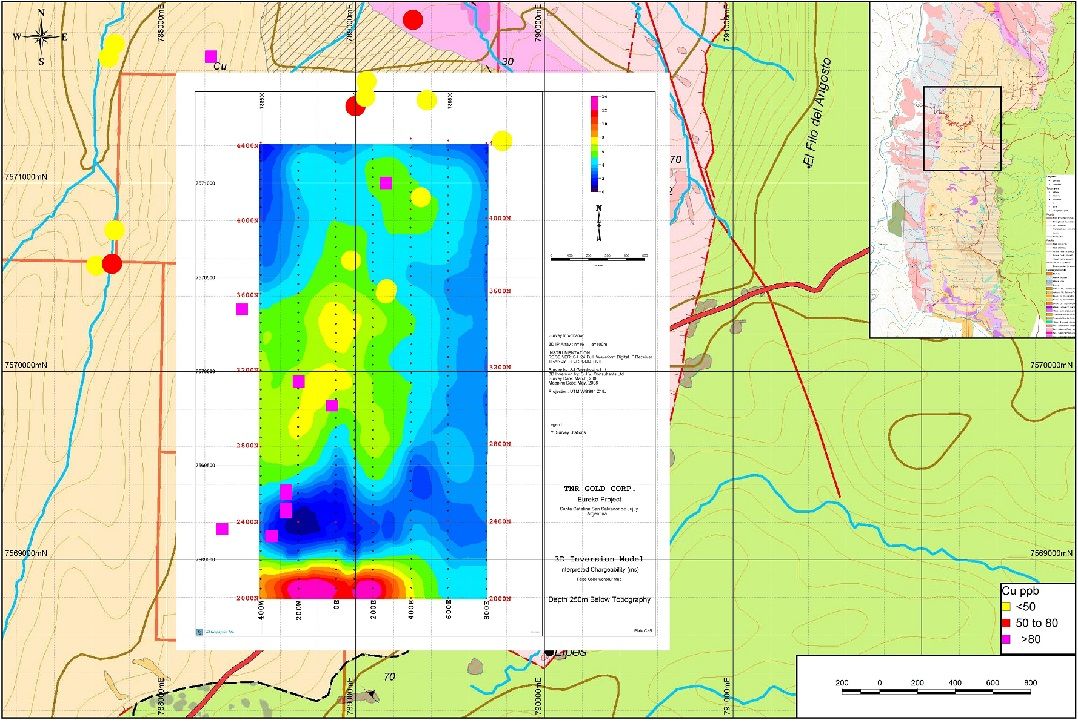 Eureka copper mineralisation is hosted in a series of stacked channels known as "red beds", with copper oxides forming as replacement minerals in the matrix in Miocene-aged conglomerates

The new study has outlined a wide range of potential development pathways, including a sub-level caving option that could provide a stepping stone towards the kind of large scale development justified by such a large resource.

The numbers stack up best for a 24Mt per annum block caving operation, which produces an impressive internal rate of return of 29% before taxes and royalties and a net present value of US$1,589 million (based on a copper price of US$3/pound and a gold price of AU$1,250/oz). This kind of operation puts Mankayan firmly within the realm of the copper heavyweights, with a capex start-up cost of US$1,402 million.

But the study also defined a sub-level caving option at just 6Mtpa that still generates attractive economics, along with a start-up capex of US$529 million that could be accommodated by the balance sheet of a mid-tier producer. While the internal rate of return drops to 14% in this scenario, it does provide a pathway to development before stepping to higher throughputs.

Mankayan, located in a long-established mining district about 250km by road north of Manila, is back on the radar of the global mining community following a return of supportive government policy in the Philippines. The country in 2012 effectively put up a "closed" sign, despite being fifth-richest country in terms of gold, copper, nickel and chromite.

The gloom began to lift in 2017 with the resignation of mines minister and self-proclaimed environmentalist, Regina Paz L. Lopez, and a new executive order lifting a ban on exploration. While the government continues to clamp down on open cut mining, especially lateritic nickel, the country is cautiously welcoming investment in underground mines.

Bezant has been one of the first explorers to take advantage of the new pro-mining regime. In May 2018, it secured a new mineral production and sharing agreement (MPSA) allowing exploration to resume, and has been driving the project forward at a rapid pace.

Read said there had been tangible improvements in the mining regime and a lot of effort was being made to improve relations between the Philippines and China, which was creating new avenues for mine development. "The recent passing of the amended tax and royalty regime by Congress with ratio payments based on profit is also a significant step forward for economic normalisation for the industry," he said.

In the background, the increasingly bullish outlook for copper producers creates a strong tailwind for both Mankayan and Eureka and further increases their appeal for new investors.