Western Atlas Resources' (TSXV:WA) 100%-owned Meadowbank project has a lot going for it, not least being the fact that it is located in the Nunavut Territory’s premier mining postal code. 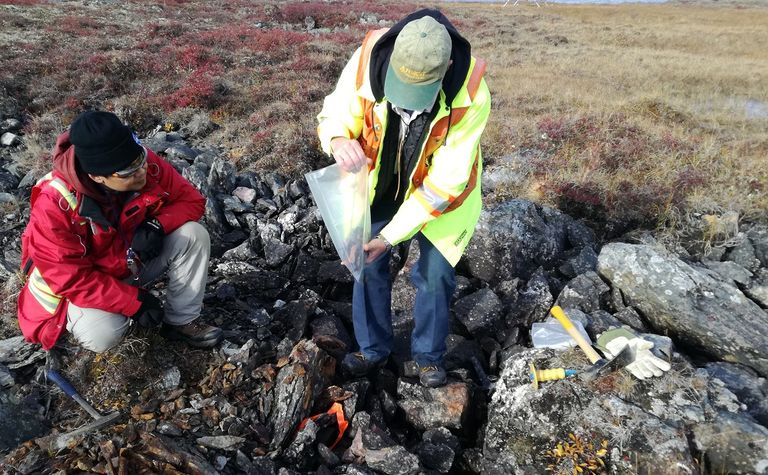 The company's Meadowbank project with a district-scale area of 580-square-kilometre distributed over three Blocks (namely A, B and C), was staked between 2016 and 2017 and became fully permitted for exploration (inclusive of drilling) in August 2017.

The claim blocks are adjacent to Agnico Eagle's Meadowbank gold producing mine and Amaruq deposit. With the compilation and analysis of 2017 and 2018 exploration results in hand, the company has recently defined several drill targets to test for mineralisation.

Western Atlas CEO Fabio Capponi told RESOURCEStocks the initial focus would be on targets B1 and B2 within Block B.

"These targets located south of Agnico's Meadowbank and Amaruq deposits have never been drilled and present an exciting opportunity for the company and its shareholders. Due to other gold discoveries in the Meadowbank area, the geological and structural framework as it relates to gold mineralisation in the area is well understood and generally associated with banded iron formation (BIF) and shear zones," Capponi said.

The company's team under the leadership of senior exploration geologist Victor Torres has defined targets along the BIF and shear zones with strike lengths of up to 15km and 6km, respectively and early indications show that Meadowbank hosts similar geological settings as the Meadowbank gold producing mine and Amaruq deposit.

"We can add tremendous value through the drill bit. Moreover, pursuing our mission to grow as a diversified junior exploration company and eliminate the seasonal factor, the company is concurrently working on the potential addition of one or more properties, located in different jurisdictions, to its exploration portfolio," Capponi said. 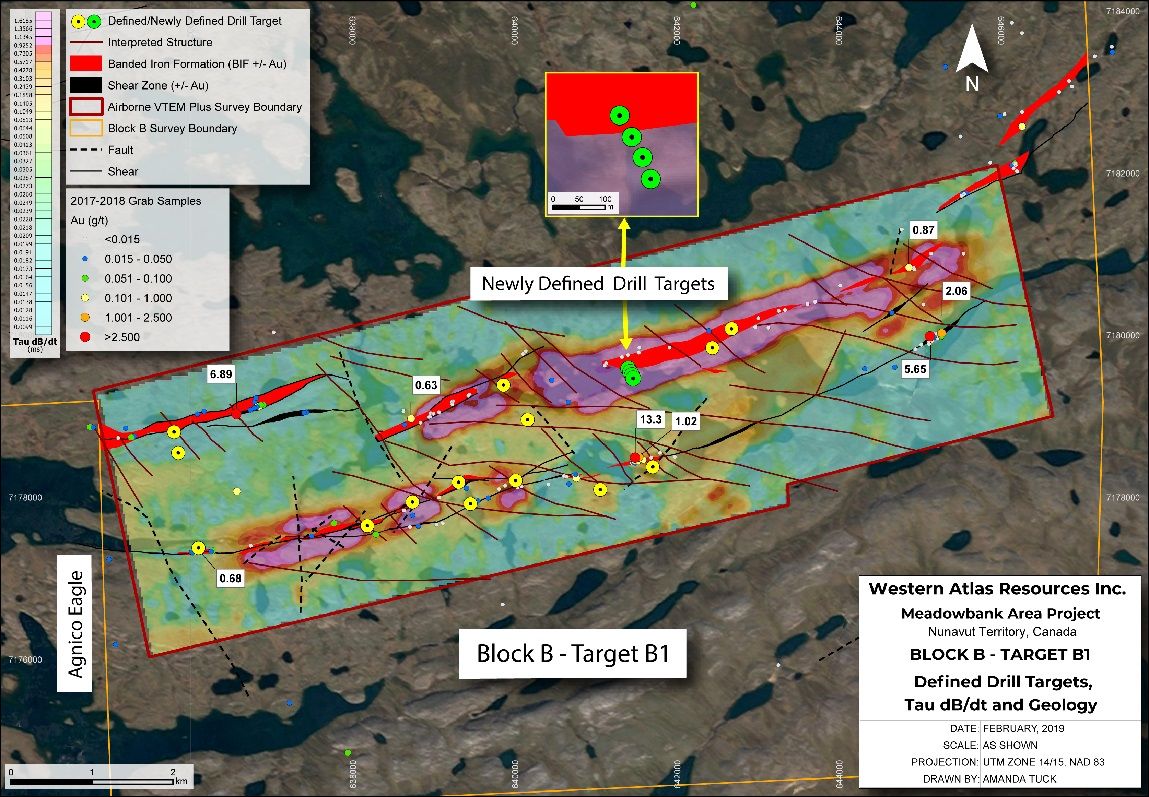 Several of these targets have yielded gold values of up to 13.3g/t gold and up to 44.7g/t silver during the 2017 and 2018 sampling campaigns. The team also completed a detailed mapping and sampling programme, as well as electromagnetic anomaly picking and an AIIP processing report (by Geotech). 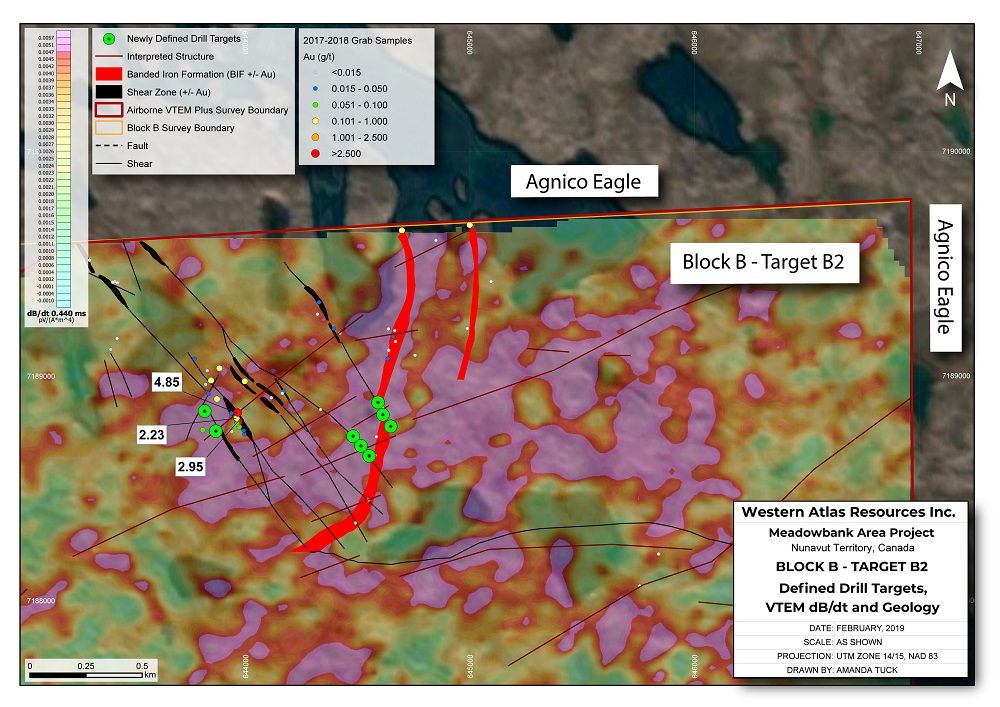 Newly defined Block B, Target B2 drill targets and VTEM

The region further benefits from excellent infrastructure, with Agnico's Meadowbank mine having a 110km all-weather road that passes through Western Atlas' Meadowbank claims, from Baker Lake to the Meadowbank mine site and continuing to Amaruq.

"Western Atlas' prospective assets, together with the board and management team's combined experience spanning decades, set the company apart from its peers," Capponi said.

Board and management have a strong track-record in both the natural resources and the capital market industries. The team has explored and developed multiple projects and have created value through the monetisation of several of them.

Among the most notable is Gran Colombia Gold which is now the largest underground gold producer in Colombia (with 2018 production of 220,000oz at AISC averaging US$888/oz) and over 5.1Moz in resources; and Bolivar Gold Corp and its 10.7Moz resources El Callao mines, in Venezuela, which was sold to Gold Fields for $330 million. 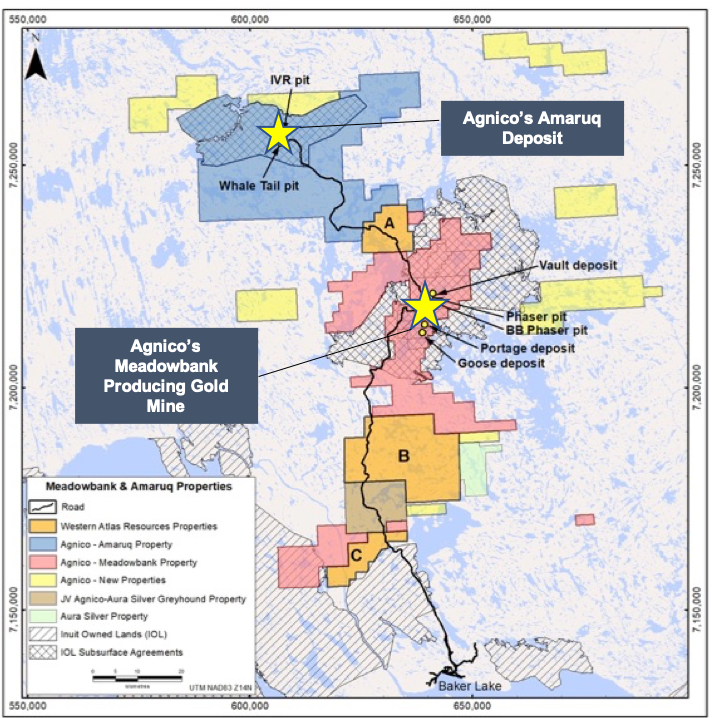 Western Atlas has for the first time outlined drill targets at its Meadowbank project, Nunavut

Capponi said the team had been looking for a new project for the better part of a year before it was introduced to Nunavut in the second half of 2016.

"We staked the Meadowbank blocks because we saw an opportunity that was too big to pass," he said. Fellow project developers active in the region include TMAC Resources, Sabina Gold and Silver, Auryn Resources, among others.

Capponi said he unequivocally believed in the region's exploration upside, as was reflected in the combined established 12Moz of proven and probable reserves, 14Moz in measured and indicated resources and 9Moz of inferred resources.

This is the first time the company is advancing a project in Canada, and will start drilling as soon as exploration funding is secured.

Over the past year Western Atlas' equity has ranged from C$5c to C$30c and it last traded at C$10c on Friday 15. The closely held company has about 56.38 million shares outstanding for a $5.64 million market capitalisation.

Management and close associates hold more than 46% of the company's shares, while institutional shareholders hold about 7% and the balance being the public float. 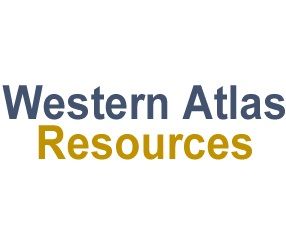