Endomines is something of a rarity, a Nordic-based gold explorer, developer and producer that last year crossed the Atlantic to acquire assets in Idaho, USA, while at the same time field-testing highly prospective concessions in Finland. 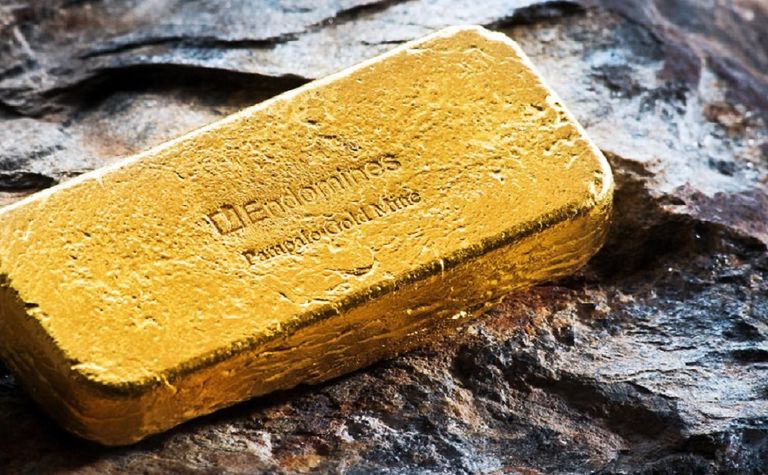 Unusually, too, for the male-dominated mining sector, the CEO is a woman - Saila Miettinen-Lähde - a veteran of nickel producer Talvivaara where the Finnish state is today the largest shareholder. Endomines' production profile is small, at least for now, with its only producing mine, Friday in the US, expected to ramp up this year to an annual tally of about 9,000oz - although expansion is on the cards.

Endomines is free of bank debt, has supportive shareholders and a gritty determination to show the market its ambitions are attainable within a framework of financial and commercial prudence. Miettinen-Lähde told RESOURCEStocks her core thesis was that Endomines represents a growth stock, with a compelling story to put in front of shareholders.

There are three distinct parts to the Endomines endowment. First are recently acquired assets in Idaho, viewed as ripe for expansion, where the company swooped in early 2018 for five historic tenements near the small town of Elk City in the mining districts of Orogrande and Warren.

Idaho was once one of the most significant mining regions in North America with development taking off in the wake of the 19th century Gold Rush. It has recently been targeted by a number of companies amid the realisation that the state hosts numerous potential deposits - ones that can today benefit from modern mining and processing methods.

The known resources at Endomines' Idaho projects, including also historical resources, are said to amount to to more than 500,000oz of gold. Additionally, the exploration potential of the historic districts is significant.

One mine, called Friday, is being ramped up. "We started producing ore in December. Now, we are focused on grade control and improving our understanding of the ore boundaries. The grade control sampling has produced encouraging results - confirming, for instance, a 1.1m wide intercept reporting 52.1 g/t gold," Miettinen-Lähde said.

At the Friday processing plant, there have been some delays in final equipment deliveries. Nevertheless, Endomines will begin gold concentrate production during the early months of 2019, as anticipated and on schedule.

Two other of the company's Idaho deposits could become operational in two to three years. One is Unity mine, which is in the process of being leased. "The great thing about Unity is it's adjacent to our Rescue property that we acquired along with other land packages in February 2018," said Miettinen-Lahde. "That allows us to explore and develop the two assets together into one extended mine that crosses nine known gold-bearing veins."

The leasing of Unity demonstrates something else: the company's preference for taking small, incremental steps as part of a broader expansion programme in Idaho. And the move was in line with its announced strategy of acquiring assets that can be taken to production reasonably quickly and with limited capital expenditure. 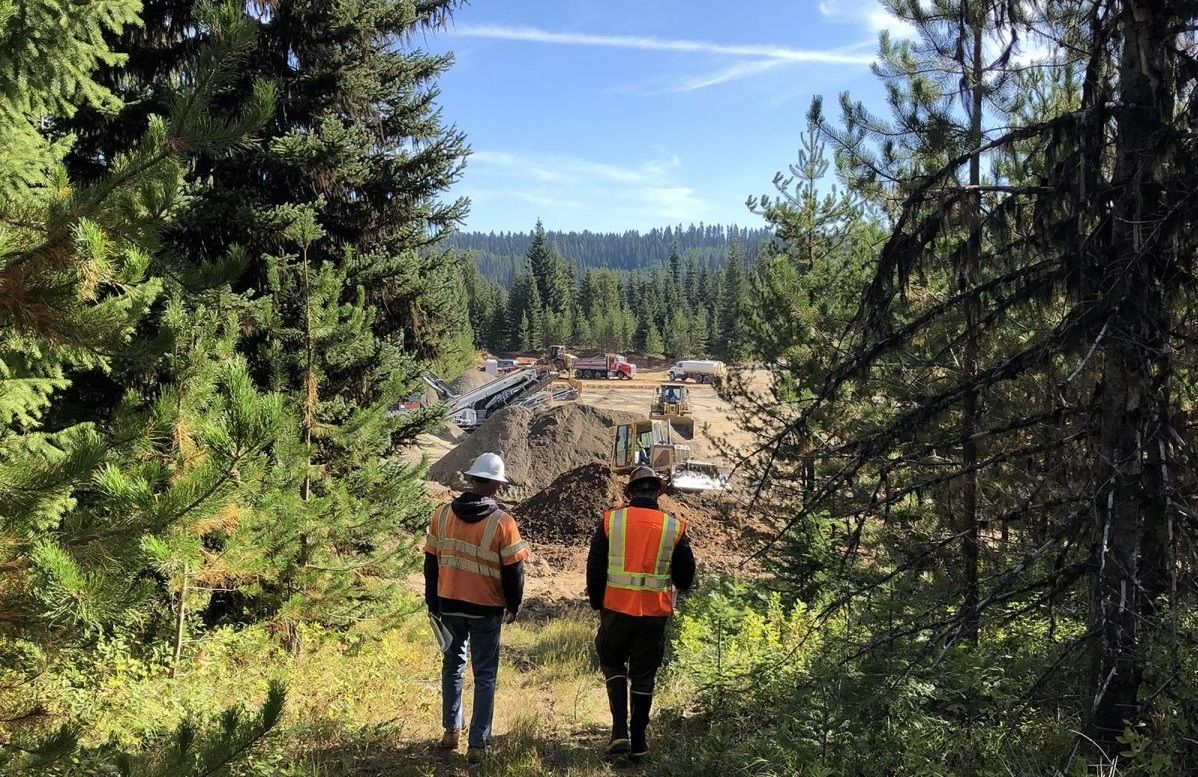 Known resources at Endomines' Idaho projects, including historical resources, are said to amount to to more than 500,000oz of gold

In Finland, Endomines had been operating Pampalo, a small mine in the east of the country since 2011. But last year it decided that at the current gold price, "it didn't make any sense to invest in another decline to go deeper". Since the end of 2018, Pampalo has been on care and maintenance with its last annual production tally recorded at 10,652oz.

Pampalo, however, could be brought back into production, said Miettinen-Lähde, if the gold price went higher to about US$1,500/oz.

But as grades had fallen over a period of time, the scene was set for a revaluation of Endomine's strategy and that brought about its investment in Idaho.

"Yes, our first American mine is very small. But we are looking into expanding the capacity at Friday, and then over the next few years, opening up several new mines in Idaho." The idea was to become medium-sized operator. "But with the current portfolio, even to get to 50,000oz Au in three or four years is a bit on the high side. But I think with another small acquisition, that would be a reasonable goal," and the current appetite for M&A in the sector could present opportunities.

Pivot back to Finland for the third, but no less important leg of the company's growth story. Here, the centre of gravity is the Karelian Gold Line in the east of the country where Endomines holds exclusive exploration rights for the 40km-long, gold prospective greenstone belt.

The exploration last year comprised over 3,300m of surface diamond drilling, almost 2,100 base of till (BOT) samples, and geophysics covering an induced polarisation (IP) survey, gravimetric ground survey and a drone magnetic survey. In addition, further information will be obtained from the hyperspectral scanning project, which is being conducted with the Geological Survey of Finland (GTK) and analyses previously taken drill cores.

Already there have been some promising results from the ongoing exploration programme in Karelia. Drilling results, for example, included drill hole P-423 that intersected 1.7m grading 3.8g/t gold at Pampalonlammit and drill-hole P-424 intersected low-grade mineralisation of 31.8m at 0.3g/t gold, including 1.1m of 2.8g/t gold at Juttuhuuhta.

"2018 exploration results encourage us to continue work in the area. The drilling and BOT sampling results close to the Pampalo mine give indications of potential further findings even within the existing mining concession areas," said Miettinen- Lähde.

The results more broadly have improved Endomines' understanding of the regional geology, which allow it to improve its 3D structural model of the area.

One standout of Karelia is that Pampalo, being bang in the middle of the Line, meant that future transportation of ore to the Pampalo processing facility would only ever be along a 20km stretch of reach of road at its furthest point.

The gold mining history along the Karelian Gold Line goes back to the mid-1980s when exploration by GTK led to the discovery of auriferous quartz-calcite veins. Some significant geochemical gold and arsenic anomalies in the southern part of the Karelian Gold Line were also found. A previous owner's geologists noticed simultaneously some significant gold contents relating to a copper deposit in Rämepuro, south of Pampalo.

"The geological and structural environment in the Ilomantsi area is similar to other well-known Archaean gold fields like Kalgoorlie and Timmins," said Miettinen-Lähde.

She remains upbeat about the Karelian prospects, saying GTK had published a study a couple of years back where they predicted - using various metrics and parameters - that there is more than a 50% chance of finding more than 1Moz gold in Karelia. With those odds, it should come as no surprise that last year Endomines spent close to EUR2 million on exploration.

Where does Endomines go from here?

As far as Karelia is concerned, Miettinen-Lahde is clear: "We know of more than 20 deposits currently and we have something like a 200,000oz of JORC-compliant resource. But the deposits are scattered, so we will continue exploring to expand some of the deposits that we already know are there, and also push forward to find new ones."

Near-term production potential at Karelia depends on whether Endomines can find substantive amounts of additional ore, within its current concession areas. In those circumstances, permitting wouldn't take long. "It could happen in the next few years; if drilling was successful, we could produce a fair bit. But if we find totally new deposits, then permitting would take a few years - on average, 3-5 years is typical."

Miettinen-Lahde said the highlights of 2019 would be ramping up production at Friday in Idaho and looking into the possibility of extending and expanding Friday. Thereafter, the plan for the US is to explore and develop two or three other of the group's Idaho assets, namely Rescue and Unity, then Kimberley.

Finally, the company is eager to establish a case for longer-term, profitable gold-production on the Karelian Line.

"We are a company that is small today, but could in time, become a mid-tier producer with an appealing portfolio of gold properties in both Finland and the United States," said Miettinen-Lähde.

Endomines AB, the parent company, is domiciled in Sweden with shares traded on Nasdaq Stockholm (ENDO) and Nasdaq Helsinki (ENDOM). 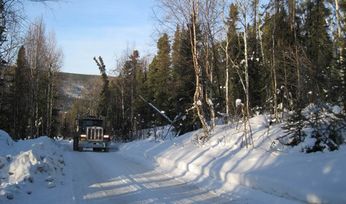 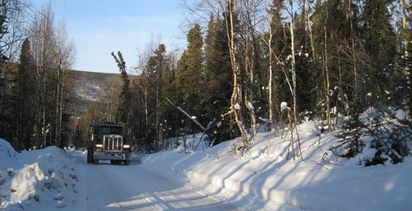