Lake Resources prepares to make a splash in lithium

Good timing is everything, according to Argentina-focused Lake Resources' (ASX: LKE) managing director Steve Promnitz, and he believes a series of well-timed developments should see the lithium exploration and development company in a very different position by the end of 2019. 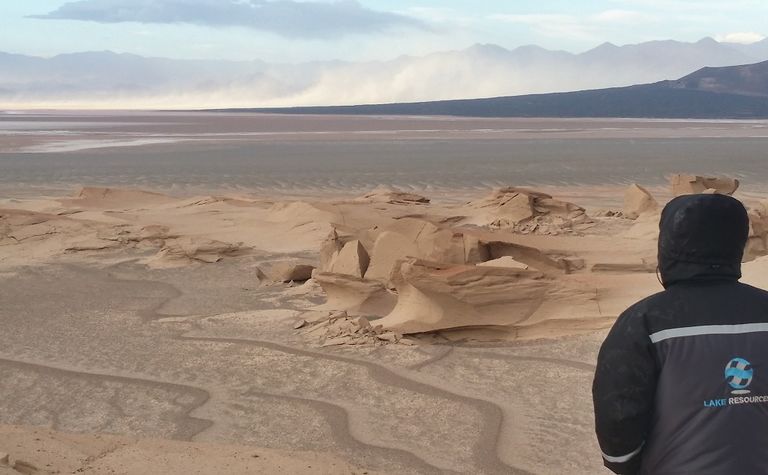 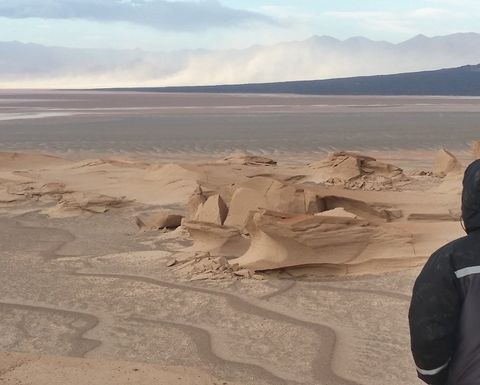 The company is working on a prefeasibility study for what is expected to be a scalable, low-cost lithium brine development at its flagship Kachi project, located south of Livent's (formerly FMC) long-running production centre in the Catamarca province.

By year-end, Promnitz expects to have a completed PFS in hand, the currently under-construction pilot plant operating on site and likely a development partner signed up for what is described as one of the world's top 10 brine resources.

The company could then turn more attention to its other prospective lithium brine and hardrock projects in Argentina.

The Kachi PFS is investigating both the traditional evaporation method and a direct extraction process, offered by partner Lilac Solutions, which is expected to demonstrate superior recoveries and cost reductions shown in benchtop testing, projected to put Kachi in the lowest quartile of cash costs.

Within a year of drilling Kachi, Lake Resources had identified a 4.4 million tonne lithium carbonate equivalent resource from a virgin discovery.

The company's rapid progress comes amid a global shift towards electric vehicles and a forecast increasing demand for lithium-ion batteries, plus a series of significant corporate transactions in the region as industry players move to shore up supplies to feed the growing number of currently expanding and planned lithium ion battery gigafactories.

"This time the corporate activity's not just junior speculative money but the big end of town," Promnitz pointed out. 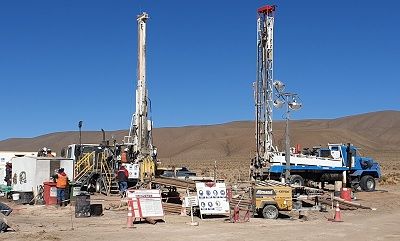 Lake Resources' drilling at its Cauchari project, which adjoins the Ganfeng/Lithium Americas and Advantage Lithium/Orocobre JVs

China's Ganfeng Lithium agreed in April to pay US$160 million to Lithium Americas to increase its stake in the pair's Caucharí-Olaroz development project from 37.5% to 50% - a project adjacent to Lake Resources' Cauchari project, after an investment of $237 million in 2018.

The same month, car manufacturer Volkswagen moved to lock in long-term lithium supply from Ganfeng, and announced a $1 billion investment in battery activities with Swedish battery manufacturer Northvolt AB, with the pair planning to build a gigafactory in Germany.

The evident demand for lithium positions Lake Resources to benefit from the growing interest in the sector, just as it advances Kachi towards large scale, low cost development.

"Majors can't produce all the lithium that's needed, so there will be room for other players - but only those with large, scalable projects and a quality product with low impurities," Promnitz said.

"There are a lot of lithium companies but there's only a handful which have got a project that's large enough, scalable, in the right address and with the right appeal to downstream players - and we're one of them.

"That's because we've got the right address, we still own it 100%, we're in an area known for low-cost production and we have an extraction method that makes that even cheaper and produces a high-quality product.

"And best of all, Lake's not a one-trick pony.

"We've got three substantial projects and we're undervalued versus our peers, so there's an opportunity for investment now - which I suspect will probably disappear either before, or soon after, the end of our PFS at the end of the calendar year."

Aside from Kachi, Lake Resources is drilling at its Cauchari brine project, recently reporting high lithium values of up to 538mg/L from 261m.

Lake Resources was able to peg the area in early 2016, having come up with a different exploration model, valuing the prospectivity in the same basin but on the edge of the salt lake under thin alluvial cover.

"You're either in the basin or you're not," Promnitz said, "and we're getting the results now at Cauchari as expected.

"The idea is to get down to the target horizon around 400m in July and then take the rig to Olaroz, across the basin from producer Orocobre and do the same there."

Orocobre (ASX: ORE) has a market capitalisation above A$735 million (US$0.5 billion), having successfully made the transition from explorer to developer and lithium producer in Argentina.

The company was a relative early mover in Argentina, enabling it to establish the largest lithium landholding of any ASX or TSX-listed entity in the country.

"Six months later there were more Australian geos in Salta than I'd met in Australia, it changed so quickly," Promnitz said of beating the rush less than four years ago.

Lake closed an upsized placement of A$2.7 million in June, with the funds set to accelerate drilling at Cauchari then its Olaroz project, plus go towards the Kachi PFS, pilot plant and working capital.

"Discussions were quite advanced last year but softening market conditions meant that we should wait for the PFS and pilot plant," he said.

However the pace has picked up since the increased corporate activity in the sector, with Promnitz set to hold discussions in the coming weeks in China, Europe, Japan and the US.

He said the discussions in Asia were prompted by Lake Resources' investigation of direct extraction, which has a much shorter path to production than the up to 24 months needed for traditional pond evaporation methods.

In another case of fortuitous timing, Argentina recently approved plans for a "not dissimilar" direct extraction method for a French company's lithium development project in the Salta province.

Eramet said in late June it had received validation for its environmental and social impact study for the proposed plant at its Centenario brine project.

A phase one engineering study on Kachi brine using the Lilac extraction process demonstrated recoveries of up to 90% and the resulting high lithium concentrate could be conventionally processed into battery-grade lithium carbonate.

"When we visited the construction of the pilot plant in San Francisco recently, they're even more bullish about how well it's going to work," Promnitz said.

He said the only criticism he'd heard about Kachi was the deposit's grade but said the more critical factors were its recovered grade, cash margin and low impurities, which were of increasing importance in higher-end battery making.

The benchtop-scale testing also showed the potential for lithium production costs to be about US$2,600 per tonne, compared with the current lithium price of about $12,000/t.

Although lithium prices have softened in recent months, Promnitz believes there will be support for prices long-term given the anticipated demand for EVs, likening the fundamental shift to the rapid adoption of smart phones.

"Our future is going to change," he said.

He also foresees an increasingly differentiated price depending on product quality, with the issue raised at a recent lithium conference in New York.

"I suspect if Kachi doesn't get dealt before the PFS and the pilot plant starts operating, it certainly will in the months afterwards and that will be a significant catalyst for a rerating of the company," Promnitz said.

"By year-end this company is going to look fundamentally different and I suspect within a few years, we'll either be a producer with a market cap similar to Orocobre, or be in production with a significant partner and be a successful mid-tier lithium company."