ASX-listed Australian Vanadium (AVL) has appeared on investor radar screens as one of a small band of vanadium entrants offering significant upside in a market that has been turbocharged by prospects for the metal in energy storage and other green-energy applications. 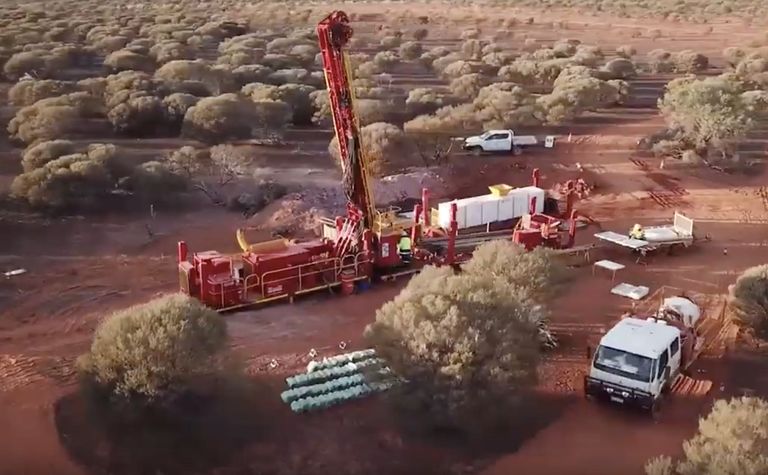 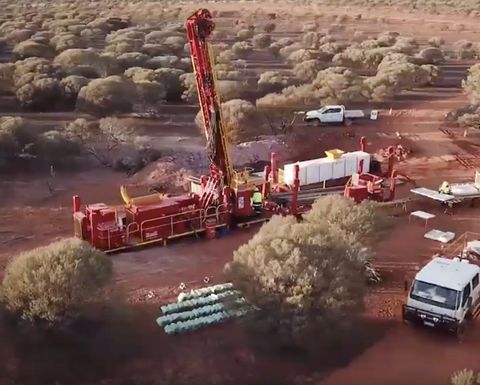 Drilling at the Australian Vanadium Project in Western Australia

He says the Australian company has attracted interest from stockholders who have also been impressed by the rise of leading specialist vanadium players Largo Resources (TSX) and Bushveld Minerals (AIM), both of which have producing mines in Brazil and South Africa, respectively.

Largo and Bushveld have been trailblazers in the sector, but AVL is not too far behind, says Algar, with the company currently working on a definitive feasibility study (DFS).  First production from the Australian Vanadium Project, he estimates, will be in 2021/22 with environmental permitting and financing challenges ahead.

Moreover, AVL will be at the bottom end of the cost curve for production. Hard data from a pre-feasibility study (PFS) flags an openpit with processing and refining operation producing about 900,000 tonnes per annum of 1.4% V2O5 magnetite concentrate at an average yield of 60%, which Algar considers high. "Our tests show we are getting nearly double the recovery rate of what some other producers are getting and that's purely a function of the property's geology."

"So, while it's a high-grade Bushveld-style deposit, there are some unique aspects. It really comes out of the geometry of the orebody. It might not be the world's most high-grade deposit or the world's highest-grade concentrate, but the mass yield we get is particularly good."

The PFS outlined a proposal for a vanadium pentoxide (V2O5) refinery at the project site with a production rate of about 22.5Mlb V2O5 per annum over an initial mine life of 17 years. Ungeared post-tax NPV (8% discount rate) ranges between US$125 million and US$1.41 billion, depending on the pricing assumption, "indicating a robust project". A conservative long-term average V2O5 product pricing assumption of US$8.67/lb was used for financial modelling (the current price is US$8.30 but has been as high as US$33 at the end of 2018).

Capital costs, estimated at US$354 million, are expected to come down when the DFS is published. Algar has launched a multi-pronged attack, with the aim of hacking back costs on a variety of fronts.

He wants to cut operating costs from an anticipated US$4.15/lb with a target opex within the range of the competition - that means Bushveld and Largo.

"They are our benchmarks. We need to be between US$3.50 and US$4.00 on operating costs, if we can do that, we will be fine even if vanadium trades at an average low-point trend of US$6/Ib."

The company has identified several areas where the capex could be reduced and it's working on them.

Upside was envisaged through a good gas deal via support from the pro-resources Western Australian authorities. "A good power deal for us could be worth 10c-to-20c off operating costs," says Algar.

A corporate presentation from May 2019 identified about US$93 million of savings that would be fed into the DFS. Algar is seeking partners to take on the by-products from the operation. "When you roast this material you have an iron ore as a waste product. We will have a million tonnes of that material we would like to sell. So it's an interesting revenue stream for us.

"In year three of the project, we start to mine fresh ore and we have already shown that we've got a nickel-copper- cobalt flotation-concentrate that we can produce from the ore, as part of the non-magnetic material."

Currently, there is ongoing testwork at the site - a pilot-scale metallurgical test program with the focus on refining plant conditions and locking in optimisation opportunities, life-of-mine blends, not to mention recoveries being tested "to confirm globally unique vanadium mass yields of over 60%".

The pilot project was absolutely essential to de-risk the plan and showcase an operation that would attract project finance. "Testwork at scale is a key differentiator of successful projects - so we really have to get this right," says Algar. 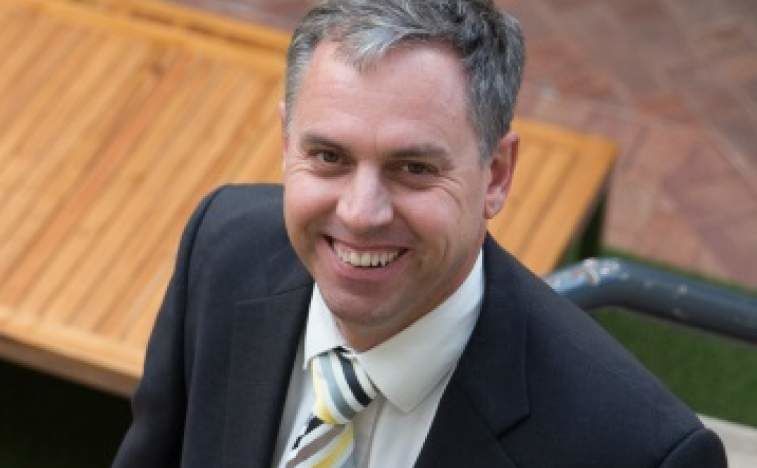 Vince Algar: "What we are doing is building a market from scratch, and the companies that make vanadium have a responsibility to do that"

Vanadium can be used directly in some non-metallurgical applications and in the production of vanadium chemicals. But its primary use (over 90%) is as an intermediate product for the production of FeV, the vanadium alloy used as a strengthening agent in the manufacturing of high-strength steel. Enforcement of a new rebar standard in China, the biggest market for vanadium, was expected to increase China's use of the mineral and drive growth in vanadium demand. But the absence of enforcement so far this year and destocking by Chinese vanadium producers has seen a sharp fall in vanadium prices after a huge run-up in 2018. The price rose to a record - almost touching US$30/lb.

"The most common average price since 2004 is either at about US$8/Ib or US$12-US$13/Ib  - so those are the two common pricing areas that the price will live in," says Algar.

Near-term growth will be driven by steel production in developing countries, he says, as well as higher standards in rebar - both requiring more vanadium.

Research consultancy CSA has said vanadium use in rebar is increasing 6% annually and new Chinese rebar standards were now equivalent to the rest of the world.

However, the energy storage "upside" was central to the bullish case for vanadium. Navigant Research has forecast that stationary energy storage is set to grow at a rate of 58% pa, exceeding 100GWh and $50 billion in market size by 2027.

Importantly for AVL, VRFBs are "well-positioned" to take a significant share of the stationary energy storage market, says Algar. VRFBs provide a way to store and re-supply renewable energy. Their very high capacity is ideal for large-scale energy storage applications.

AVL's subsidiary, VSUN Energy consists of a small sales team which can act as an intermediary to bring together a battery supplier with a power project, and evaluates opportunities across the board.  AVL works with industry body Vanitec "where we are very strongly pushing VRFBs as a vehicle for the future use of vanadium".

Algar has noticed an increase in the number of investors who have come on board for the energy storage story. "When we are in one-to-one meetings, about 30% are interested in the battery side, the rest focus on opportunities in the primary market - mainly Chinese rebar."

"What we are doing is building a market from scratch, and the companies that make vanadium have a responsibility to do that," he says.

There were applications for vanadium in the lithium-ion space (in the cathode) that could be game changers, he suggests. Research was underway on window films through the use of thermochromic materials that respond to changes in external temperatures and can stop heat getting in. Vanadium oxide could play a key role here as well.

"Quite simply, vanadium can make the world a better place by helping to reduce carbon emissions," Algar says.

"And whichever way you look at it, this is a growth market. Vanadium supply for steel is in deficit, while new markets for energy storage are rapidly expanding. We are faced with either a tight market when you take account of medium-term supply/demand fundamentals."

There is also significant scope for electrolyte production in Australia, and either assembly or manufacture of VRFBs.

"Take all that together, and you've got a lot of potential when you look ahead," says Algar. 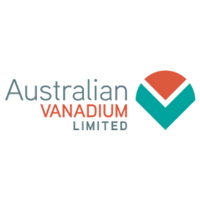