A production and culture transformation is establishing sustainable value 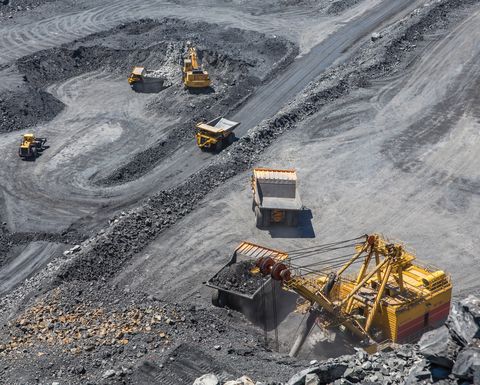 The Polymetal International share valuation was up more than 60% over 12 months at time of writing, in part thanks to a gold price up 17% this year. But there has been another, steadier driver of the gold major's market appreciation that has its roots in the company's past and is likely to last well into the future.

Polymetal's most recent results to the half year read well. The miner produced 756,000 ounces of gold equivalent and reiterated its full-year guidance of 1.55 million ounces at an US$800-850/oz all-in sustaining cost.

That cost guidance would roughly represent a 5% year-on-year improvement and, while production guidance predicts a flat year-on-year performance, the miner's Russia-based portfolio is seasonally geared to the second half, so that projection looks conservative.

Lower costs and higher production set against a rising gold price will have a predictable effect on profits when financials are reported.

Behind the numbers is a simple philosophy.

"For a strong financial performance and return on capital, you need to have good assets," Polymetal chief financial officer Maxim Nazimok said.

"Our long-term focus on high-grade assets has been one of the factors in our performance and then slowly and steadily building the competencies in refractory ore processing."

Those two components of the strategy - high-grade assets and refractory expertise - go hand in hand. It is the mastering of the pressure oxidation (POX) process that has given Polymetal confidence to pursue large, high-grade assets that were abandoned during Soviet times when refractory ore was encountered.

Two such assets, Kyzyl and Nezhda, are central to the current and next phase of growth, respectively.

The beauty of Kyzyl is not just the ounces, but the cost of those ounces. The core Bakyrchik deposit has 7.2 million ounces of reserves grading 7.7gpt AuEq with a further 3.1Moz in resources at 6.8gpt AuEq. The POX technology means Polymetal can take full advantage of that grade to consistently produce at an AISC of $500-550/oz - around 40% less than the group's average cost profile in 2018.

With a 22-year mine life, updated reserve and resource estimate expected this year, combined with continued brownfield exploration, the operation's positive influence on the Polymetal portfolio is set to be a long-term fixture. 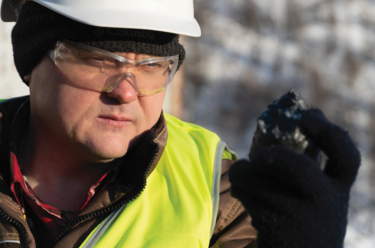 Construction has started with first production expected in late 2021 and full production by the June quarter 2022.

Ore would be treated with an on-site flotation concentrator - the same process as Kyzyl - before 40% is shipped to the POX hub at Amursk, with the rest going to Chinese offtakers.

Once a second line currently being built into the POX hub is complete in 2023, all concentrate will be processed in-house in Amursk.

To complete the portfolio optimisation and complement the onset of new, low-cost production, Polymetal has been divesting assets with unacceptably high operating costs, limited mine lives, or both. Okhotsk and Kapan were sold in the past year and more sales were planned.

The result is a portfolio with nine, cost-competitive mines with at least seven years of mine life and a group average life of 13 years (including Nezhda). Polymetal expects to produce 1.85Moz when Nezhda ramps up.

"We're in a solid position," Nazimok said. "Some assets are in their maturity so we're not expecting production growth, but what we're doing intensively is extending their mine lives through brownfields exploration.

"In the meantime, existing assets along with Kyzyl will continue to generate solid dividend flow to our shareholders. A distinguishing and consistent feature of Polymetal's equity story since listing in 2011 has been a solid 4% dividend yield through various stages of the commodities cycle."

He said Polymetal wasn't considering moving aggressively on either of the miner's other mature exploration plays - the 6.6Moz Viksha PGMs project or the 256Moz Prognoz silver project - nor was there any concern about missing out on M&A opportunities.

"At the moment our plate is full both in terms of developments and the pipeline."
Nazimok said this strategy was driven in large part by a desire to keep capital expenditure in check and the balance sheet healthy, and also to allow management to focus on key growth projects.

As such, the policy was to move on no more than two development projects at a time, which were currently Nezhda and the second processing line at the Pox hub.
Meanwhile, some $20 million will continue to be spent on greenfields exploration to find virgin deposits in the Former Soviet Union, mainly through partnerships with junior resources companies.

Nazimok said it had been this consistent commitment to greenfields and brownfields exploration through the cycle that had seen Polymetal emerge from a downswing in gold prices just as a major new operation was ramping up and with a full pipeline of near-term opportunities.

Polymetal's operational achievements have been pushed ahead in tandem with its evolution into one of Russia's leading companies from an environmental social governance (ESG) perspective.

"For the past three years, our focus on ESG has been significant - this is across the board," Nazimok said.

Polymetal is a signatory on all key global initiatives: from environmental stewardship, to community engagement, to safety management, to transparency. It is the first and only Russian member of the Dow Jones Sustainability Index and in the top 7% of the industry globally in the FTSE4Good Index. The miner scores strongly on several other ESG-related ratings systems and has a near-perfect performance record for a handful of governance and transparency markers. As a related side point, its lost-time injury-frequency rate was down 40% year-on-year in 2018.

This progress on issues that have become increasingly important to society and the industry is driven in large part by a strong corporate culture, but the financial motivation provided by ESG finance and investment cannot be underplayed as a motivator.

"Capitalising on the physical successes of the ESG focus, we secured a sustainability-linked loan with ING in 2018 - the first of its kind in Russia and one of the only ones in Europe," Nazimok said. "The margin we're paying is linked to our ESG index performance independently rated by Sustainalytics.

"It's been a success in promoting the ESG initiatives and also a financial success because in the first year, given we're hitting our ESG targets, we're paying the minimum margin on that loan." 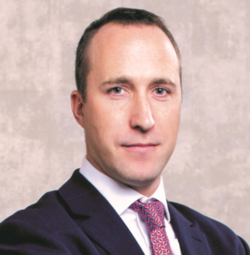 Polymetal is also working with the European Bank for Reconstruction and Development at Kyzyl under favourable terms based on a number of environmental and social programmes.

"Going forward we'll be looking to replicated this with other banks because we see this topic as gaining traction, not just with European banks but Russian banks, too," Nazimok said.

Another area Polymetal has made ESG pay is on energy.

The miner recently trialled both wind and solar power at the remote Svetloye operation. The economic results were mixed but the outcome was, on balance, positive. The wind turbine failed to meet expectations but the solar plant has outperformed to the point where, in summer, there are days the remote, off-the-grid operation is working independent of diesel.

"We're looking at replicating this positive experience at some other operations," Nazimok said. "It's beneficial for the environment, which is important, but it's also financially effective, so that makes a great business case."

It is this sustainable yet business-driven approach that continues to make Polymetal an attractive choice for investors looking at leveraged gold exposure in a rising price environment.

Polymetal International plc is a top-10 global gold producer and top-5 global silver producer with assets in Russia and Kazakhstan.

Polymetal International plc is a top-10 global gold producer and top-5 global silver producer with assets in Russia and Kazakhstan.

Should directors' salaries be linked to ESG?