One could say advanced copper and gold explorer Artemis Resources (ASX: ARV) has put the cart before the horse. 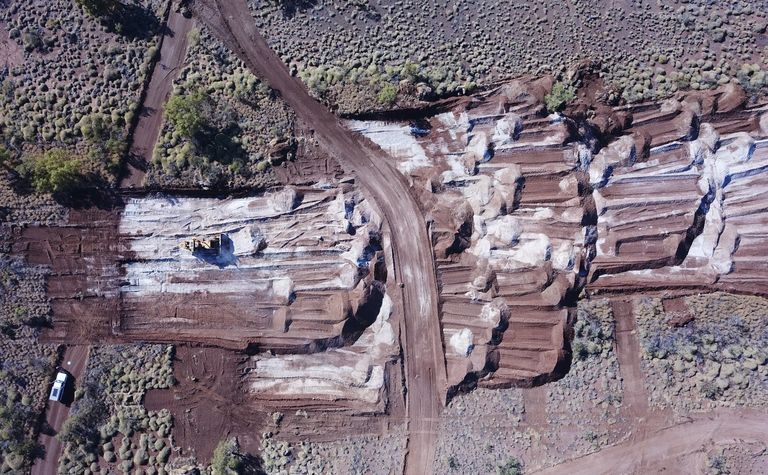 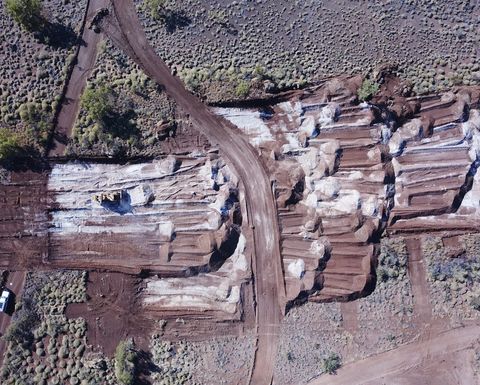 However, owning a plant and having its refurbishment 80% complete already, ahead of the imminent completion of studies on not one but two nearby projects with near-term production potential, puts the possibility of cash flow in the frame for 2020.

Artemis gained the fully-permitted Radio Hill plant through the 2017 acquisition of Fox Resources as it added to its landholding and deposits in the west Pilbara.

Even though the company didn't require a plant at the time, it was a strategic move which now sees it poised for a low capex entry into production, from either its copper-gold Carlow Castle or copper-zinc Whundo deposits.

The Western Australian-focused company also has very promising exploration prospects, covering not only the Pilbara's conglomerate gold territory but also the ground around Greatland Gold's exciting Havieron prospect at its Armada project to the east.

Debt-free after a recent capital raise, Artemis is embarking on a new chapter with plenty of options at its fingertips, starting with Carlow Castle and Whundo on its 2,400sq.km west Pilbara holding.

"We're an advanced exploration company that can quickly move into production on an economic resource," executive director and CEO Ed Mead explains.

He believes the first cab off the rank into production could be the Whundo copper project, part of the assets Artemis gained in the Fox Resources acquisition.

Whundo lies 12km from the Radio Hill plant, where the ore was processed during openpit copper-zinc mining back in 2005-06 by Fox.

As a geologist, Mead understands the deposit well, having been involved in the discovery of West Whundo in 2005.

He said a private group had a prefeasibility study underway on getting the 2.6 million tonne resource, grading 1.14% copper and 1.12% zinc, back into production with an estimated 18-month mine life.

That timeline could gel perfectly with Artemis' plans to get its prime development asset, the Carlow Castle gold-copper resource, into production.

A resource update is imminent, to be followed by a scoping study before year-end.

Carlow Castle lies 35km from the Radio Hill plant, where the refurbishment of the gold mill is now circa 80% complete and making it the only gold processing facility in the west Pilbara.

The set-up opens up the opportunity to service otherwise "stranded" gold orebodies and deposits via potential toll treating arrangements.

"If this was in the Yilgarn it'd be unheard of," he said of the under-explored strike length.

"There's been mineralisation in the area but no one's really understood it until now.

"We've used sub-audio magnetics and geophysics and shone a light on what's going on in the basement … using a unique technique that's proprietary to WA company Gap Geophysics has really opened up areas.

A programme of work has been underway to expose the Carlow Castle orebody with a bulldozer, with CSA Global engaged to undertake structural mapping.

Mead is expecting the resulting resource update, slated for release this month, to be "significantly better".

Having an existing plant has Mead estimating the cost of getting into production well below A$30 million, depending on the final flowsheet required.

"It's not a quantum that's beyond the realms of a tough market for financing," he said.

"That probably makes us very unique.

"If we can get a mineable resource and marry it up to the plant we own, suddenly the value of that resource and plant should be reflected in our market cap."

Taking a step back to view the bigger Pilbara picture, Artemis was one of the frontrunners to consolidate prospective gold assets in the west of the region - and see the further potential in the strategically-located Radio Hill plant.

"I see it as an area that was focused on for oil and gas, iron ore, nickel and copper - but not for gold," Mead said. 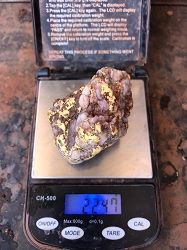 "I've always said, if people who worked for Woodside or Rio couldn't go boating on the weekend they'd go out prospecting and come back with handfuls of gold - and you can't get that without a key driver but there's never been comprehensive exploration for gold.

"In 2016 I ended up on one of our projects just finding massive chunks of gold with a bulldozer and a metal detector.

"That ended up turning into the conglomerate-hosted gold story."

His following discussion with Dr Quinton Hennigh from TSXV-listed Novo Resources led to the Purdy's Reward joint venture, where substantial quantities of gold nuggets described as looking similar to watermelon seeds were discovered.

Novo, with its market capitalisation north of C$500 million, controls the JV and now has about 12,000sq.km in the Pilbara.

It's also gained backing from Japan's Sumitomo, which entered a US$30 million farm-in and joint venture in June this year to advance Novo's Egina conglomerate gold project in the east Pilbara.

Artemis is happy to observe the progress, as it is with leading Australian gold producer Newcrest Mining's drilling at Havieron in the Paterson province in the east Pilbara, where project owner AIM-listed Greatland Gold hit 275m at 4.77g/t gold and 0.61% copper in 2018.

Newcrest can earn up to 70% of Havieron through a US$65 million farm-in agreement inked in March, with Newcrest believing Havieron has the potential to deliver high-grade feed to its Telfer operation 45km away.

Artemis is working towards a heritage survey and will then be able to start exploration at Armada in earnest, with seven targets approved for drilling.

However it is keeping a close eye on the results emanating from Newcrest's drilling at Havieron to help refine its targets.

Artemis could sit back and wait to see the results from the big money being spent on exploration around its assets in the east and west of the region.

However Mead said the company was determined to forge its own path towards production in the meantime.

Its use of a sub-audio magnetics survey helped drive a 2018 drilling programme which resulted in a 71% increase in the Carlow Castle resource in March.

A further SAM survey mid-year has generated 21 targets and four have been prioritised to the south-west of the existing Carlow Castle resource.

The company has working capital in hand after recently completing A$5.9 million raising which also enabled it to retire its entire convertible note debt. 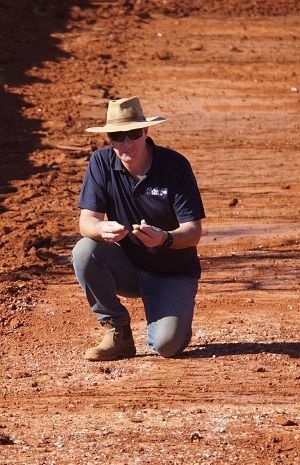 Carlow Castle is about to be redefined, an evaluation of Whundo's near-term production potential is also imminent, the Armada project near Havieron shows strong potential and Purdy's Reward is another ace up its sleeve.

Artemis is also looking to divest its non-core assets, with the timing perfect for interest in its Munni Munni project.

Located 15km from Radio Hill, Munni Munni has an historical platinum, palladium and rhodium resource - with palladium prices skyrocketing to an all-time high above US$1,800 an ounce in October.

Mead sees a bright future for palladium for its role in hydrogen fuel cells but believes it represents a whole new ball game given the company's more advanced projects.

"Artemis needs to focus on potentially trucking copper to Perth and sending gold to the Perth Mint," he said.

"Our plant is just 25km south of Karratha, the infrastructure is great and if we need to get up there from Perth we can jump on a plane and fly home that night - there's not many places you can do that.

"I feel very bullish on our prospects and where we're going."