A quiet time in the global lithium equity space? Try telling that to AVZ Minerals managing director Nigel Ferguson who, with the well-regarded management team he’s assembled at the circa-A$100 million market-cap junior, laid a strong platform in 2019 for what shapes as a compelling next 12 months for one of the world’s best emerging battery minerals projects. And possibly for a country with the mineral endowment to be Africa’s 21st century new-energy hub. 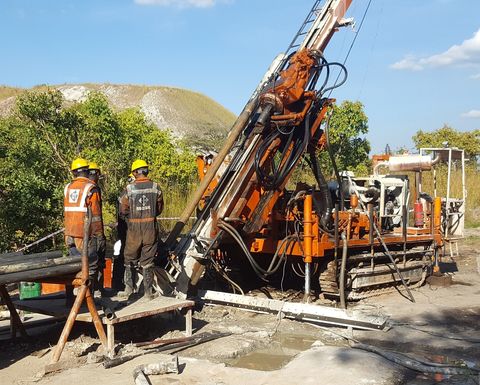 The Democratic Republic of Congo already supplies two-thirds of the world's cobalt and is a major source of high-grade copper.

Interest among financiers and prospective offtakers in a potential lithium "behemoth" is said to be building ahead of the imminent release of AVZ's definitive feasibility study on Manono in the country's south-east, a document that seems set to confirm the economic bona fides of a staged development of the world's largest unmined hard-rock lithium deposit.

Ferguson logged a lot of miles in 2019 as he kept investors informed about rapid progress at the former Congo tin-tantalum mine now shown to host extensive high-grade pegmatite-hosted lithium resources (estimated JORC measured, indicated and inferred 400 million tonnes at an average 1.65% Li2O in the well-drilled Roche Dure deposit alone).

But the extensive series of meetings and presentations across Europe, Asia, Africa and North America also revealed plenty of signs of a fast-changing financing and consumption landscape for the mineral at the heart of strategies aimed at leading the world's electric vehicle and energy storage revolution.

Sentiment that remained apparent on the day of our call with Ferguson. "The Chinese are the ones who have been pushing hard into the new-energy minerals arena, but I've just had three telephone calls this morning with European and US-based funds who are looking to get involved," he told RESOURCEStocks. "Europeans and Americans are starting to realise if they don't get off their backsides and do something they're going to be left behind and all of the [raw materials] are going to be going to China as has happened with strategic minerals such as rare earths.

"All of the European car manufacturers are lined up saying we need to secure raw material supply to produce batteries so we can do what we want to do [vis-à-vis] new electric vehicle production. [US-based] Tesla wants to build a battery gigafactory somewhere in Europe.

"And in Africa, too, many people - including potential backers of this project - are seeing potential to be producers of [EV and energy storage] products rather than just consumers of them."

There are several potential new large-scale chemical grade lithium sources in Europe, though development hurdles are high for most. Africa's project pipeline is nearly bare. Ferguson had little time between calls and meetings about the 65%-owned Manono's development path in 2019 - particularly after AVZ's release of a favourable scoping study in May - because the project is one of rare scale and quality.

"This is just one massive deposit sitting in the middle of this whole belt that seems to be tin and tantalum, and we're the only ones with a lot of lithium, too"

Interest in its progress escalated during 2019 even as lithium concentrate prices fell to US$550/t amid rising disquiet among equity investors in the sector.

"We've certainly got the largest undeveloped hard rock deposit in the world and by far and away the largest measured and indicated resource in the world, with the highest grade," Ferguson says. 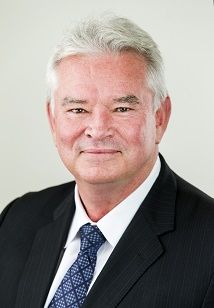 "We've quoted a JORC resource of 400Mt for the Roche Dure pegmatite which is AVZ's initial development focus, but there are six known pegmatites spread out across a gross strike length of 13.5km [in the current project area] including the exciting new Carriere de l'Este discovery.

"We've stated publicly we have between 1-1.5 billion tonnes as an exploration target … 1.5Bt at 1.5% would certainly make it the largest deposit in the world.

"Greenbushes [high-grade pegmatite deposit/mine in Western Australia] is running at about 2.4%, but we've had some numbers come back as a head grade out of samples from Carriere de l'Este and the head grade was … 2.4-2.5%, so we're giving them a run for their money on head grade as well.

"This is just this one massive deposit sitting in the middle of this whole belt that seems to be tin and tantalum, and we're the only ones with a lot of lithium as well.

AVZ's 2019 scoping study defined a US$380-400 million, five million tonnes per annum openpit mine and dense media separation/flotation processing circuit, with associated infrastructure, producing up to 1.1 million tonnes per annum of 5.8% lithium spodumene concentrate for at least 20 years using about 25% of the existing JORC resource. At a long-term lithium concentrate price of US$750/t, and with FOB operating costs to Dar es Salaam in Tanzania estimated at $323/t of concentrate, the development could generate an IRR of more than 60% and NPV (on a 100% basis) in the order of US$2.63 billion.

No tin or other by-product credits were included in the scoping calculations, though they will figure in the final project configuration.

The DFS is looking at DMS processing only - seen to be capable of yielding 6.1% Li2O without flotation - at a significantly lower project capex, as well as transport, beneficiation and processing (including ore sorting to boost the plant feed grade), and power supply options that change cost scenarios materially.

Bulk sample testing and other testwork completed before the end of 2019 will feed into the DFS due in the current quarter. 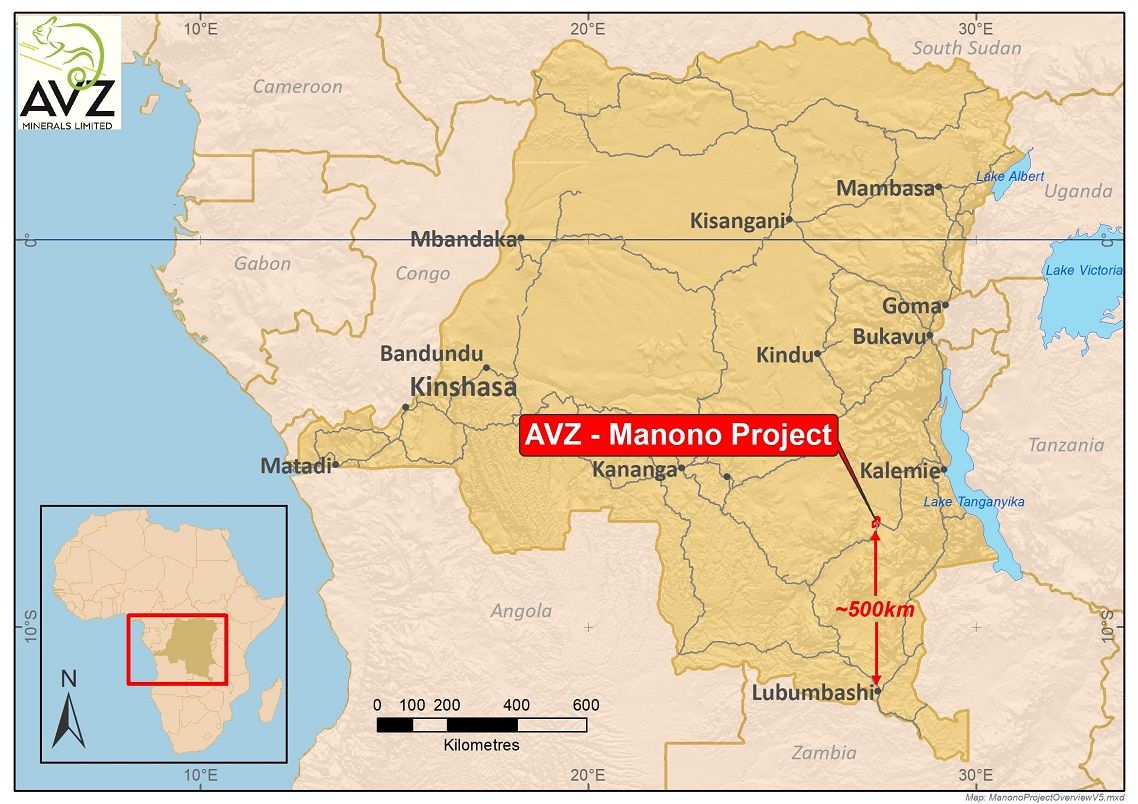 "We're more than 82% through the [DFS] work at the moment," Ferguson says.

"We're expecting to have clarity on transport of the spodumene concentrate going out of [the DRC] … and we're hoping to have a reduction in our price per tonne to port, which will be big for us.

"We're also expecting to have the final figure on the capex for our staged approach to development - with DMS only to start off, then 12-18 months down the track having the DMS plus flotation, and then a further 10-12 months after that putting a hydroxide plant on site.

"The metallurgical testwork we're expecting to come out as part of the DFS, but we're pretty comfortable where we're at with that in as much as we are confident we will be producing a very high-quality 6% product with very low deleterious elements - a chemical grade product.

"We're also trying to see if we can get some technical grade … but the chemical grade product is perfectly good for us for the time being. People currently interested in sourcing concentrate know it's a clean product; the iron content is extremely low.

"It's a product, at a scale and cost currently envisaged, that should generate excellent returns." 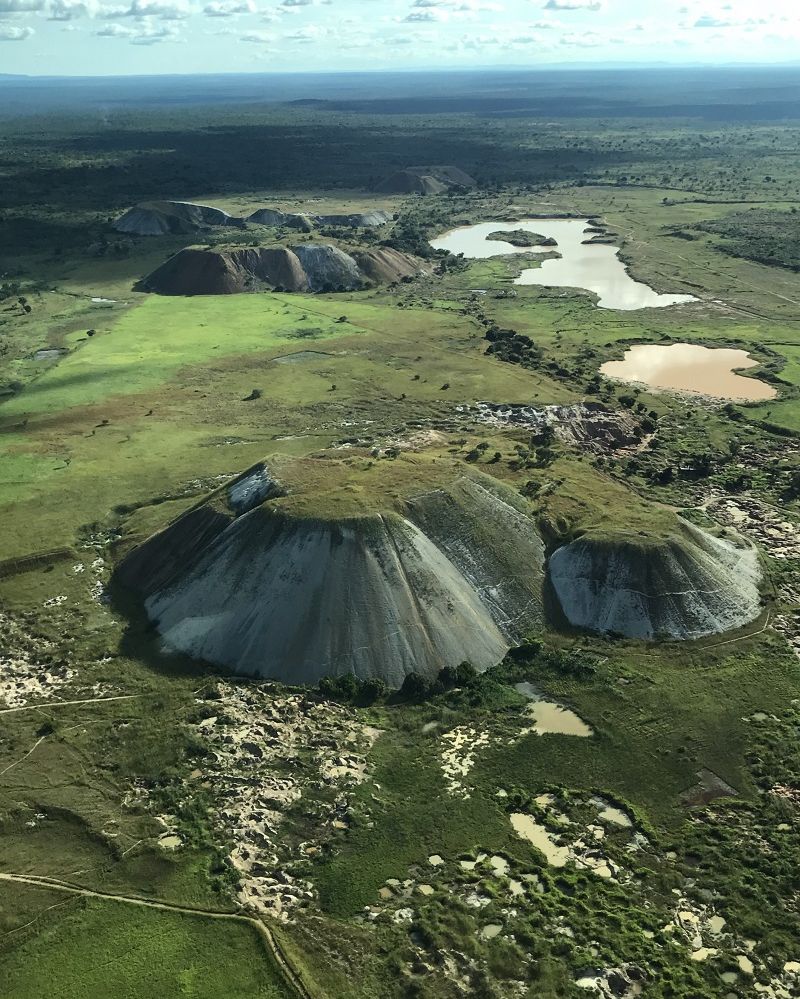 AVZ is working to secure a public-private partnership agreement with the Congolese government on start-up tax rates for a major project in what could become a special economic zone encompassing Manono, and other projects, including infrastructure such as the (redeveloped) Mpiana Mwanga hydro-electric power station that could ultimately deliver power for 10% of the standard cost for diesel-fired onsite generation - and remove the logistics headaches presented by large-scale fuel transport into site - while being a socio-economic boon for the region.

"The government is very keen on having the area uplifted - it's a depressed socio-economic district with very limited power and water infrastructure at present - and the impact of this project goes beyond mining jobs when you look at the potential benefits of cheap power and water supply, etc," Ferguson says.

"We'd obviously like to have our financing sorted out in the first half of 2020, and we're having a lot of interesting discussions with quite a few groups now who are very keen on the DFS to give us an indication of financing.

"There are a few big outfits interested in coming on board as a strategic partner.

"We do have [China's] Yibin Tianyi Lithium coming on board as a strategic partner; putting $14 million into the company and taking a board seat.

"And from there it's a case of locking down the best deal we can get for the mix of debt and equity funding … we need to get into production.

"That will involve having offtake agreements in place in the next six months as well."