Trident Royalties (AIM:TRR) is a new kid on the royalty block, the first junior royalty company to be listed in London and with a different and diversified approach that aims to provide investors with exposure to a broader range of mineral and metal commodities than the predominantly precious metals royalty and streaming companies that have set the running in the space over the past 10 years. 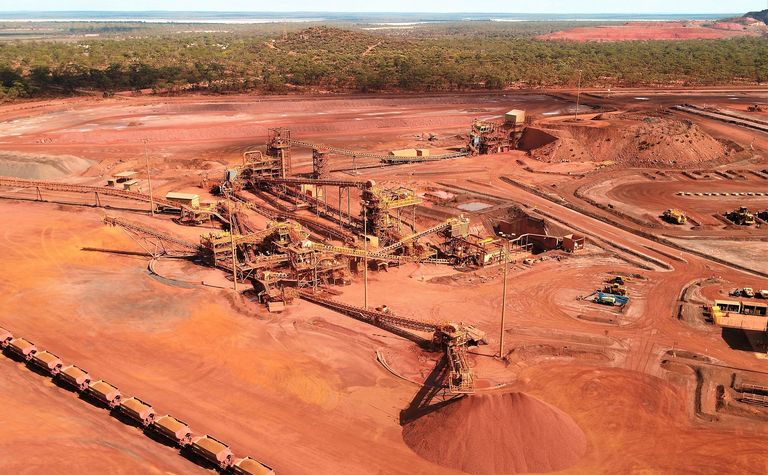 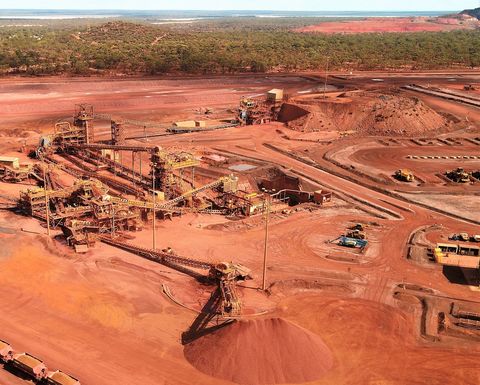 Trident has a 1.5% FOB revenue royalty on part of the Koolyanobbing iron ore deposit and mine in Western Australia operated by Mineral Resources

"My colleagues on the board and management team have a background in private equity, where it is common to tack a royalty onto an investment, and along with the founding advisory firms, we saw that there just isn't a natural home for royalties in non-precious metals and outside North America. Essentially, there was no plain vanilla royalty company operating on a more diversified basis but with the business model like the precious metals royalty companies have done," says Trident CEO Adam Davidson.

Davidson, who has previously worked with Resource Capital Funds, BMO Capital Markets and Orica, says Trident seeks to build a broad portfolio of royalties on producing or near-term producing assets with an approximate breakdown of one-third of the portfolio in precious metals, one-third in base metals and one-third in bulks and battery metals. "This roughly reflects the breakdown of the mining sector and so we will almost be a proxy for the sector with an index fund-like allocation by commodity, but from a royalty perspective," he says.

Having debuted on AIM in June with a £16 million initial public offering, the company rapidly acquired royalties to be immediately cash flowing, enabling it to secure a credit line mandate from Tribeca Global Resource Credit to potentially fund future royalty acquisitions.

These initial investments also illustrate the geographical diversity Trident aims to benefit from in terms of royalty acquisitions. The royalty model primarily came from North America and has seen limited application in jurisdictions like Australia and Africa, despite them being world centres for mining and exploration activity.

"The big boys have a heavy North American focus. Iron ore in Australia and copper in Zambia, for example, fall outside the purview of most of those guys despite the fact that there are a lot of existing royalties from joint venture agreements and M&A that could be consolidated, in addition to writing new royalties," Davidson says.

A key advantage of operating off the beaten track is less competition for deals and lower acquisition costs.

"The junior precious metals royalty companies often pay full value to pick up a gold royalty because it is an incredibly competitive space," Davidson says. 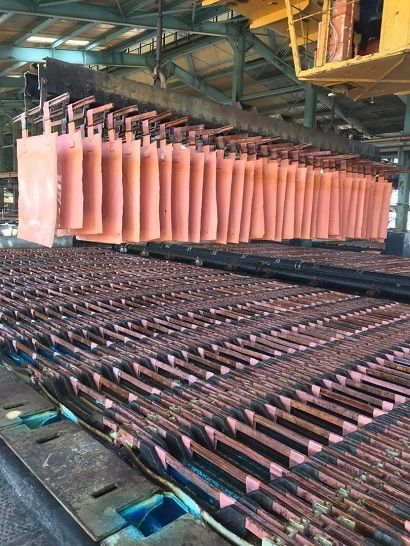 First copper cathode from the Mimbula copper mine in Zambia

"We've found that we can acquire producing non-precious metals royalties at a 0.6x NAV (net asset value) valuation and see numerous opportunities at circa 0.2x NAV for exploration and development stage projects, given the higher risk associated with earlier stage projects. As we've recently seen, the precious-only royalty companies often pay 1-1.2x NAV - particularly for assets in North America - and so depend on the mine life being extended to obtain value. We believe that our model has a much sounder fundamental footing and we will endeavour to get our precious metals exposure through attractive development stage assets with a credible pathway to production, where the royalties can be acquired at better value," he says.

To date, Trident has deployed about $9 million and forecasts having substantive revenues in 2021. In addition, it has roughly $15 million in cash on its balance sheet. Herein lies the beauty of the royalty model: cash flow provides more funds to reinvest in the business, while also enabling the company to leverage its portfolio to arrange debt facilities at a cheaper cost of capital with which to acquire even more royalties.

"Some of the more recent precious metals royalty company success stories really laid down the groundwork of the business model in that regard," Davidson says.

Trident initially sees its deal sweet spot as those where it can write checks of up to US$5-10 million. Such deals are often too small to move the needle for its larger precious-metals focused peers.

"It is not often that the big guys will write a $5 million check, but for us, investing $5 million for an operating asset that will pay, for example, $1.5 million a year for 10 years is a great opportunity. These deals will ultimately help us cross the threshold of $10 million in annual revenue, a critical mass where we will clearly be able to support debt. That is also the point where the business really becomes self-sustaining and we can turn our attention towards establishing a dividend policy," Davidson says.

Trident's strategy also reflects where it is listed. The royalty model was developed in North America and is relatively well understood by investors in Canada and the USA, which gives greater scope for royalty companies listed there to acquire non-cash flowing development stage assets.

"The UK is not as familiar with the model, so owning cash flowing assets is going to resonate more," Davidson says.

The company's founding investors also provide it with an advantage in getting deal flow due to investments they have made in other companies.

"We get deals fed to us from our shareholders, our advisers, and of course from the board and management, so are definitely not starved for opportunities," he says.

Trident Royalties – at a glance

Trident Royalties – at a glance