Unlocking value through discovery in one of Western Australia’s most prospective gold belts and camps – an hour out of Kalgoorlie – is definitely on the agenda for Ora Banda Mining and its CEO David Quinlivan. Right now, though, the focus is on delivering Davyhurst 2021, an 81,000oz-a-year producer set to generate the company bucketloads of cash over the next 12 months at current gold prices. 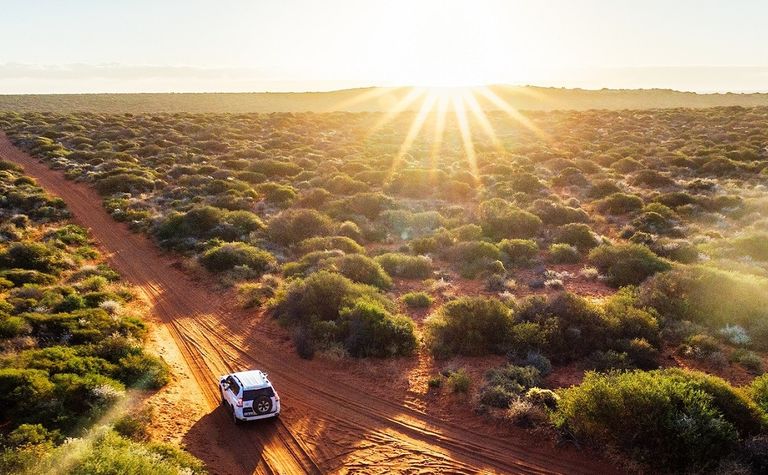 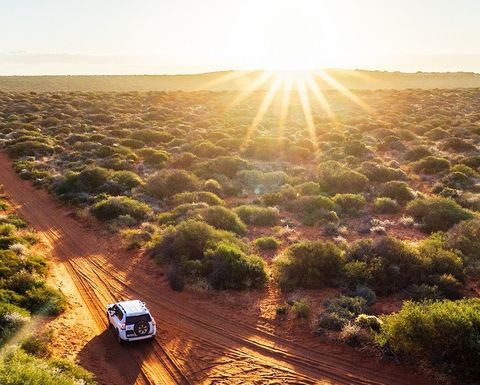 The company is debt free and funded to production in January, with refurbishment of an existing 1.2 million tonnes per annum CIP plant and other infrastructure currently in full swing.

Quinlivan, a veteran of the mining industry, who was previously CEO of Alacer Gold and Sons of Gwalia, has laid down a five-year blueprint for Davyhurst, underpinned by 460,000oz of reserves grading 2.4gpt, that should deliver more than A$400 million of net free cash flow at current gold prices and projected margins.

But that is likely to be just the start for Ora Banda, which has production optionality beyond the six start-up deposits and enviable exploration potential on a 1,340sq.km land package in the heart of WA's Eastern Goldfields.

Ora Banda also has nearly 2Moz of resources (average 2.8gpt) at Davyhurst and 2.1Moz across its full land package, and exciting exploration potential around, under and along strike of shallow past surface and underground workings.

Drilling outside of the recent major resource conversion program has given further strong evidence of the district's gold endowment.

"In Australia-dollar terms it's a near-term production scenario that's fully funded, and it's got a minimum of five years to run, in which time you're going to generate significant cash to undertake significant exploration work across our tenement portfolio," Quinlivan says.

"There is a central processing facility and within a 50km radius of that there is a huge number of near-term opportunities within the tenements.

"The [start-up] base case involves mining these six deposits - five openpits plus the underground at Golden Eagle - and processing through the 1.2Mtpa Davyhurst processing plant. You might be able to get it up to 1.25Mtpa, but there's unlikely to be a 20% increase in throughput capacity. So the way you increase the productivity of the plant is look at systematically increasing the grade profile.

"And that's where the option value of the exploration within these tenements comes in.

"It comes from additional oxide tonnes that are cheaper to process, and it comes in higher-grade replacing some of the lower grade material incorporated in the base-case DFS plan."

Ora Banda had more than A$65 million in the bank at the end of June and will spend about $45 million to fire up the Davyhurst plant (replacement cost circa A$100 million) and start processing ore from the Riverina openpit and Golden Eagle underground mine. Development of the Missouri deposit, another early baseload pit and a good grade sweetener (1.5Mt at 2.6gpt in mining reserve), is to follow.

The 1.2Mtpa Davyhurst CIP plant is undergoing refurbishment ready for an imminent restart

The Riverina area, which has sustained shallow openpit mining in the past and gives Ora Banda plenty of early, free-milling oxide ore to load onto the Davyhurst ROM pad, gives a strong taste of what's in front of Ora Banda as it continues to weigh exploration and development opportunities along a circa-200km-long section of the north striking Davyhurst-Mt Ida Greenstone Belt, a western branch of the Norseman-Wiluna Belt, and the signification regional Zuleika and Mt Ida shear structures.

The Riverina lodes - roughly north-south striking, sub-vertical and dipping steeply to the east - have been mapped over about 1.2km north-south, over a ‘corridor' up to 320m wide, and to about 240m depth.

That 1.2km of shear mineralisation in the Main, Murchison and Reggie lodes - for 3.7Mt grading 2.7gpt, or 322,000oz in current mineral resources - remains open along strike and at depth. Ora Banda's phase one resource and reserve program confirmed pre-drilling expectations about the consistency of ore grade and distribution, orebody geometry, and the company's mineralisation model, while highlighting growth potential particularly to the south of the DFS pit.

Quinlivan says two phases of drilling along the 1.2km-long, 320m-wide strike extension corridor indicating continuity of Riverina-style mineralisation south to British Lion, at the southern end of the target corridor, will be followed up with the aim of expanding the mining inventory in the area. A maiden resource for British Lion is imminent. Ora Banda will soon establish a second mine camp at Riverina, complementing the 170-person village at Davyhurst, underlining confidence in its growing northern footprint.

"We look forward to better defining the mining potential in these areas and assessing how potential mining operations might be incorporated into our future mining plans for this area," Quinlivan says.

Andrew Czerw, Ora Banda's general manager resource development, says encouraging drill intercepts from the 1980s and early 2000s got scant follow-up, for a variety of reasons. Before this year an exclusion zone surrounding the Riverina Station Homestead prevented drilling of the prospective corridor within the exclusion area. However, the restriction was removed in April this year opening up the full strike length to drill testing.

Czerw says deeper drilling on the main Riverina lodes beneath the existing openpit, and along strike, is also confirming extension of the lodes to, and below, 200m depth.

"When we first started drilling on the Murchison and Reggies lode we didn't see a lot of underground potential in it, but as we've drilled on we have got some smaller pods of ore that would be economic from an underground perspective, assuming the [overall] mass comes together," Czerw says. 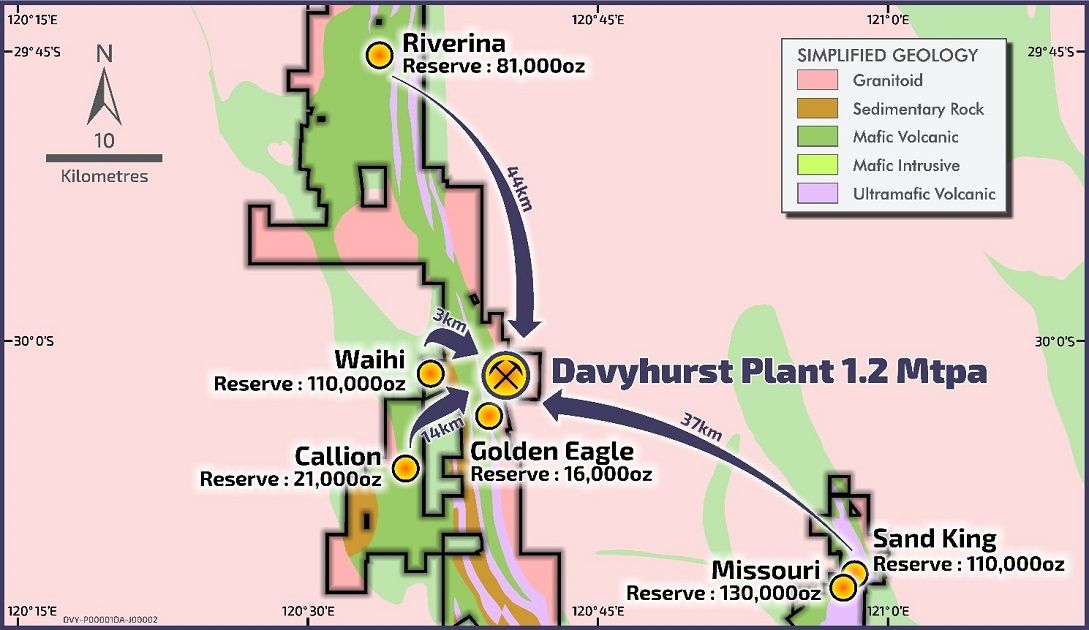 "We have got a preliminary mine design on [the main lode underground resource]. That didn't make it into the DFS [because resource still sitting in inferred] …  but the intention is we'll continue to work that in the background and continue to develop the underground reserve, and when this pit finishes up there's a logical progression into underground mining here at Riverina.

"That's part of the logic behind setting up a camp and putting additional infrastructure up here as well.

"We plan on being here for a while."

Meanwhile, Golden Eagle dewatering is continuing ahead of planned narrow-vein, long-hole stoping pegged to start in the December quarter to make at least 20,000t of ore available for the plant restart.

Golden Eagle, 2km from the Davyhurst plant, has seen modest past open pit and underground production, and limited drilling down-plunge of the 150m-deep workings. "It's fairly under-drilled once you go below that," says Czerw.

"We've got a drill program designed that basically delineates the next 100m vertical of the mine.

"It's got a nine-month reserve on it at the moment. If you include the inferred you've got about 18 months … and then depending on how we go with this next 100m vertical that will determine the next phase of mine life."

"Ora Banda has significant regional exploration potential, with a portfolio of early-to-advance-stage targets to test over time. Some of the priority prospects are within close vicinity to the Davyhurst milling infrastructure," the broker says.

"A clear failure of previous companies operating at Davyhurst has been the lack of reserves and capital to sustain healthy production levels over a number of years, whereas Ora Banda appears to be adopting a more measured approach.

"Gold recoveries once recommissioned are expected to be +90% (92-93% historically reported). The tailings storage facility (TSF) paddock needs a lift but appears serviceable for over 12 months.

"OBM is an advanced gold explorer/developer with a clear pathway to near-term production … we see significant value.

"Expansion opportunities are anticipated due to the large resource base … [and] upside in our modelling comes from converting more resources to reserves for increased mine life, and sustaining higher production levels through improved head grades.

"We expect once in production, a mine life of plus-eight years will be targeted."