Pantoro is moving full steam ahead to bring its second gold mine in Western Australia into production by this time next year. 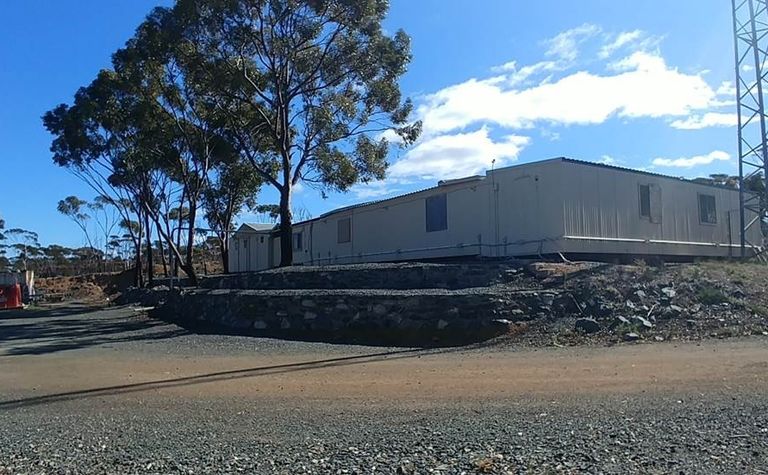 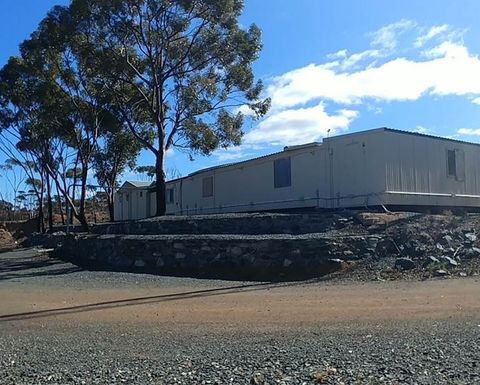 Steady cashflow and experience stemming from Pantoro's Halls Creek gold operation in the state's north has the established miner well-placed to achieve its goals.

The Norseman DFS estimated pre-production capex of A$89 million (US$66 million) on a 100% basis, for an initial, seven-year phase one operation, set to average production of 108,000 ounces of gold a year.

"The DFS has ticked all of the boxes in terms of what we set out to achieve, and we have no doubt that the project will continue to deliver ongoing growth through the drilling programmes that we will continue to aggressively pursue for the foreseeable future," Cmrlec said.

It's been just over a year since Pantoro acquired 50% of Norseman, which historically produced about 6 million ounces of gold.

The DFS proposes initial feed for a new 1Mtpa plant would come from the Gladstone, Scotia and Cobbler mining centres and underground OK mine, which had an historical mined grade of 9.1g/t gold.

The debt-free company is well-placed to fund its share of the modest capex sum, thanks in part to Halls Creek, which produced more than 8,000oz in the September quarter and generated $4.05 million in cashflow.

The company ended the September quarter with $65.2 million in cash and gold, more than its share of initial capex at Norseman of $44.5 million.

However Cmrlec said Pantoro was considering its options.

"We have a really strong balance sheet with no debt at this point," he said.

"Combined with cashflow from Halls Creek we are in a good position to fund internally, however it is likely that we will undertake a small financing to underwrite the construction period."

The company is enjoying strong support, recently raising $55.5 million through a placement to institutional and sophisticated investors and a well-supported share purchase plan.

Institutions feature prominently on its register, with 14 among the top 30 shareholders.

Up at Halls Creek, the operation which had a forecast 2.5-year life when it began in 2015 now has a rolling three-year mine life at its Nicolsons and Wagtail underground mines.

Cmrlec said the discovery was great news for Halls Creek and had the potential to provide the same upside as the splay lodes mined at Nicolsons.

The company has also resumed regional exploration at regional prospects Grants Creek and Mary River, which Cmrlec has said could be a game-changer for Halls Creek.

However the company's main focus is on Norseman, where it's budgeted for 100,000m of drilling and is aiming to double the ounces available to the mine plan.

Notably, less than one-third of the global resource was considered in the DFS. 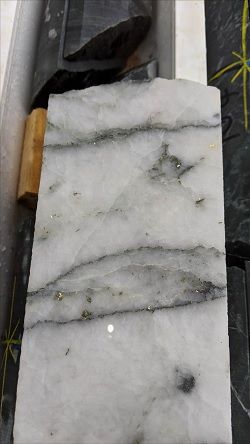 Visible gold in core from Pantoro drilling at Sailfish, at the Norseman gold project

"Exploration is a really important part of our programme, but the primary focus will be on conversion of more resource into our ore reserve in the coming periods, with an aim to double the position in the next 12 to 18 months," Cmrlec said.

Pantoro will also continue regional exploration on the highly prospective Norseman land package which sits at the southern end of the Yilgarn Craton's greenstone belt, and has seen minimal modern exploration.

The company has detailed geophysical surveys planned and will be undertaking some end-of-hole geochemistry work on Lake Cowan.

"We intend to undertake detailed engineering between award of the EPC and finalising approvals, and should have long lead items ordered before Christmas, so we are doing everything we can to expedite the process."

The project has the benefit of significant existing infrastructure. 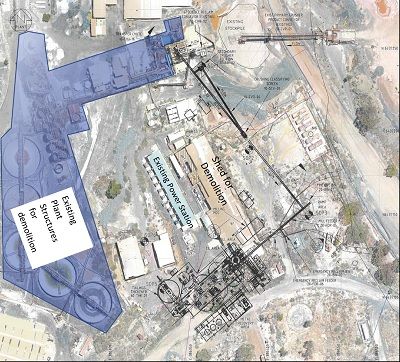 Pantoro's plans for infrastructure at the Norseman gold project

"Our processing plant EPC contract is out for tender and we expect to be in a position to award in early January 2021," he said.

"Approvals are progressing in line with our schedule and we aim to have them all in place by late in the first quarter of CY 2021."

By this time next year, Cmrlec expects the company to be breathing new life into the historic production centre.

"All things going to plan, at Norseman we will be at the tail end of construction, and mining will be commencing," he said.

"Halls Creek will be continuing to provide great cashflow to support the company's growth."