Ora Banda Mining has restored Davyhurst’s production status and will now aim to show a very large land package in the heart of Western Australia’s Eastern Goldfields – only consolidated fairly recently in the district’s long development timeline – has the geology to support the re-rating of a gold camp. 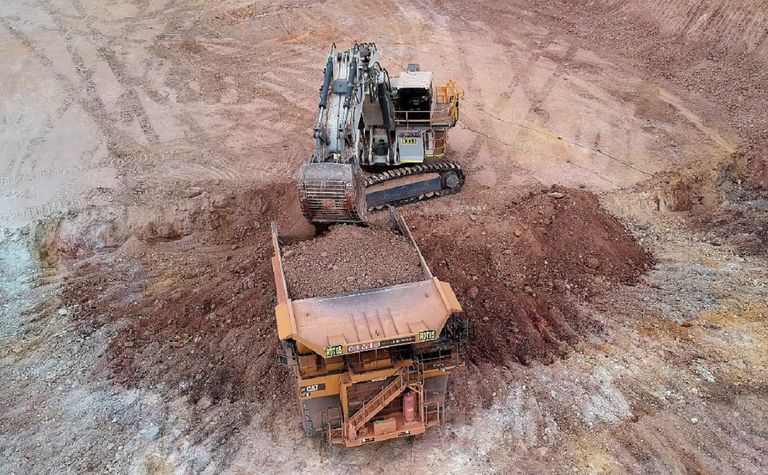 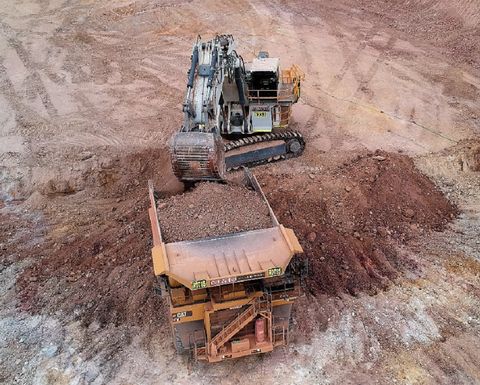 Mining in the Riverina pit at Davyhurst in Western Australia

Having established a five-year mining inventory to underpin production of about 460,000oz at average AISC of A$1,566/oz over the next five years, Ora Banda has emerged from a period of recapitalisation and rebranding of the Davyhurst hub, about 100km north of Kalgoorlie, with no debt, a sharemarket value of circa A$215 million, and robust projected cash flows locked in to drive growth.

Managing director and CEO David Quinlivan, in the process of handing over CEO duties to experienced industry leader Peter Nicholson, is quietly confident further exploration success in a district-scale landholding of 1,350sq.km can be a major value driver for Ora Banda.

He said repeatedly in the lead-up to February's maiden gold pour for the ‘new Davyhurst' that "no coherent exploration effort" had occurred in the area since a big tenement consolidation in 2007. High-priority targets, including "well-defined but poorly-tested prospect-scale gold occurrences", exist along an extensive line of prospective strike.

Ora Banda will spend the next few months building throughput and optimising the performance of its refurbished 1.2 million tonnes per annum CIP plant while it completes drilling expected to underpin a southern extension of the big Riverina baseload openpit, north of the plant, and advances underground development of the reopened Golden Eagle mine. Also in the near-term development schedule is the Missouri openpit and its 130,000oz (average 2.6gpt) reserve and bigger (average 3.4gpt) resource. 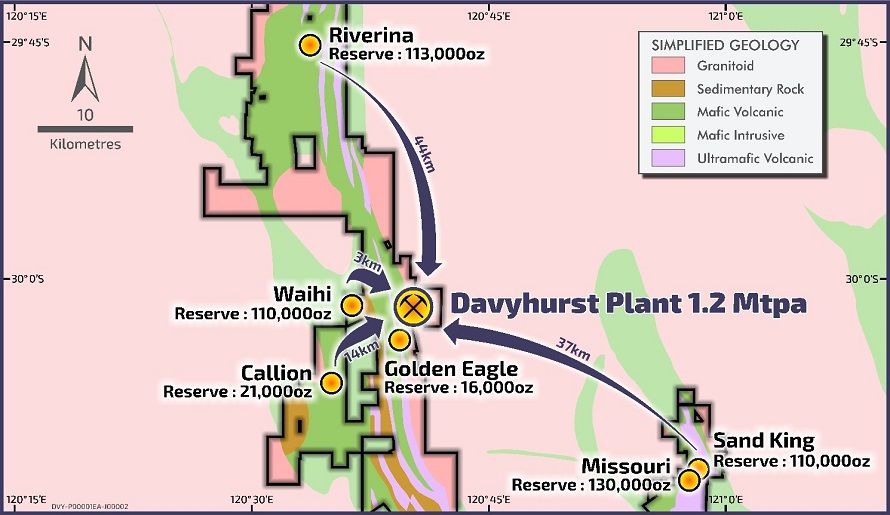 "It was always part of the DFS strategy to have oxide feed from Riverina first, aimed at minimising the amount of cash draw while we got up and started while also enabling us to generate good cash flow from the right baseload feed," Quinlivan says.

"And then to progressively move into the higher-grade areas.

"Missouri is slated as the next higher-grade area. It has quite a reasonable resource grade, and a 2.6gpt reserve grade.

"We're looking to get down there [south-east of the plant] producing in the first half of next financial year.

"We're also back developing at Golden Eagle underground having completely dewatered there. The first production shots have been fired.

Ora Banda has 1.2Moz of mineral resources on six past mining areas where generally limited deeper drilling has taken place and much potential is seen to exist along and off known structures.

"The second half of 2021 was always going to be heavy on exploration work - which will be a combination of resource definition and greenfields exploration," Quinlivan says.

"We have a number of targets … including Lady Ida to the south. It has an existing resource of a couple of hundred thousand ounces that we want to do some follow-up work on."

Ora Banda is already showing a systematic approach to exploration on, and along strike from, the cornerstone Riverina mine reserve can add high-margin ounces into its long-term schedule. A maiden mineral resource for Riverina South of 650,000t grading 2.1gpt (43,000oz) was reported last October, open to the south and at depth. The company got access to the area between the Riverina lodes and Riverina South when it bought private land and cancelled an exclusion zone. It will have at least four drill rigs turning on infill, extension and new resource (British Lion) drilling up to the end of March, giving it time to assess results and update resource models ahead of fiscal 2022 field work. 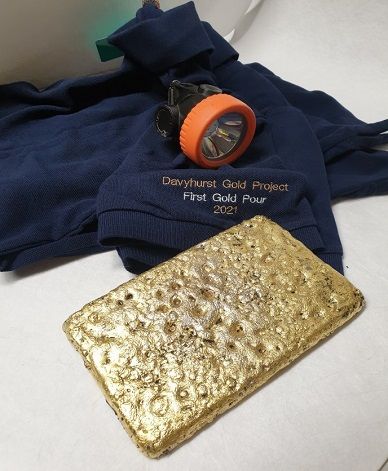 The work was also "on track to deliver mine extensions with the deeper drilling ongoing", Quinlivan said earlier this month.

"We are keen to see how the upgraded mineral resource at Riverina South can contribute to the ore stream flowing from main Riverina openpit mining operations. The mining is picking up pace, so the time is now in relation incorporating Riverina South into this larger operation."

Ora Banda delivered the A$45 million Davyhurst reboot on time and slightly under budget, and Quinlivan says mining and milling are on track despite recent heavy rain, tightening of the equipment-operator labour market, and the wider industry bugbear of COVID border and travel restrictions.

"It's good to get the gold pour behind us," he says. "It's obviously a key milestone in getting back into the producing stakes.

"As a producer we've still got to prove our worth and deliver what we've promised.

"We've done what we've done on time and on budget. The reserve base at Davyhurst is solid. We are confident of delivering the production profile outlined in the DFS." 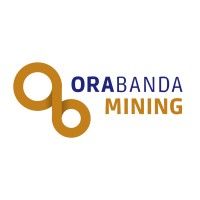