Big gold inventories guarantee their owners exposure to the metal’s inevitable highs, as well as the lows, hence they usually form part of the portfolios of large companies. Wiluna Mining Corp (ASX: WMX), looking to build a significant, profitable gold factory on a world class resource at Wiluna in the middle of Western Australia, is not a large company today. But executive chairman Milan Jerkovic says it has the platform to propel it into the mid-tier space populated by other Yilgarn leaders that have emerged in the past decade. 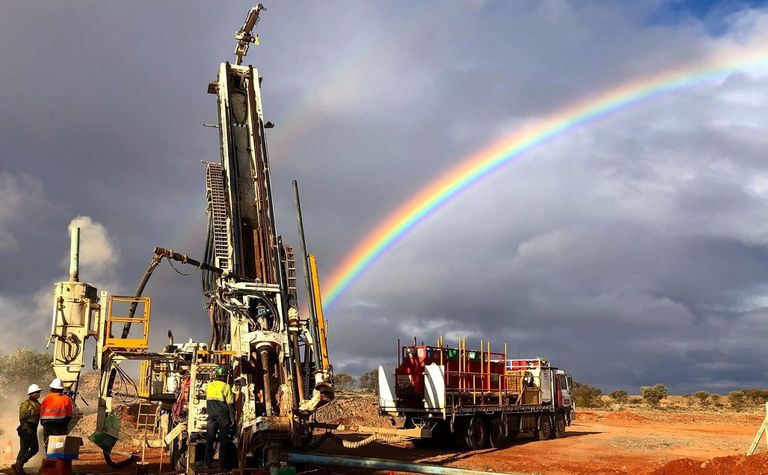 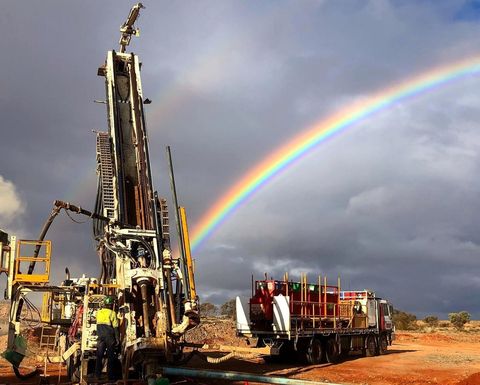 "There is no shortage of gold here.

"You can't over-capitalise Wiluna, but you can go too hard for a small company and blow up in the process.

"When Wiluna has been successful in small patches in the past, there has been about 90,000m of drilling done every year to convert compliant resources into reserves, and they've been successful. As soon as they dropped off on their drilling, and finished off [mine plan reserves], they fell off the perch - every time.

"Our geologists have done a fantastic job so far. We exceeded peoples' expectations with the reserve update reported after the drilling we did last year. But Wiluna is still in development as a geological story.

"Mining engineers like to have something absolute to build on [geological certainty]. So that is where we must get that shorter term and long-term balance right. We will stay very focused on our plan for the next 18 months to maximise cash flow while we build the stage one production up. That means developing and mining ore that gives us the best return for the money we spend on mine and stope development.

"At the same time we will continue to work on resource-to-reserve conversion, and on demonstrating the geological scale we all believe is there at Wiluna, while we also work on the long-term mining and processing options."

Wiluna has yielded about four million ounces of gold over decades of refractory sulphide, and free-milling oxide and sulphide ore extraction from a nest of openpit and underground workings near the small Wiluna township in WA's north eastern goldfields. With current resources of circa 7Moz, it ranks among the biggest regional endowments on Yilgarn belts - Wiluna, Kalgoorlie and Laverton - containing about 240Moz.

To the east is Northern Star Resources' 15Moz Yandal gold hub, including regional jewel, Jundee, that the new Australian major sees as a long-term, 400,000ozpa producer.

Jerkovic believes Wiluna, with its two-stage plan to reach 250,000ozpa in the next few years, can underpin WMX's rise in the same way Jundee has been a core driver of Northern Star's ascent.

While a fundamental difference between the two expansive gold systems is Wiluna's dominant refractory component - which has drawn in Russia's Polymetal as a buyer of concentrate from a plant under construction now at Wiluna - Jerkovic notes the vast volumes of the world's mined gold coming from refractory centres in the US, Russia and elsewhere, and says future production in WA, from the Yilgarn and Pilbara, will drive heavy new industry investment in pressure-oxidation processing capacity and also renewable energy at some stage.

"Our current endowment and what is outlined [in mineral resources] is shallow compared to Jundee at sub-600m," Jerkovic says. 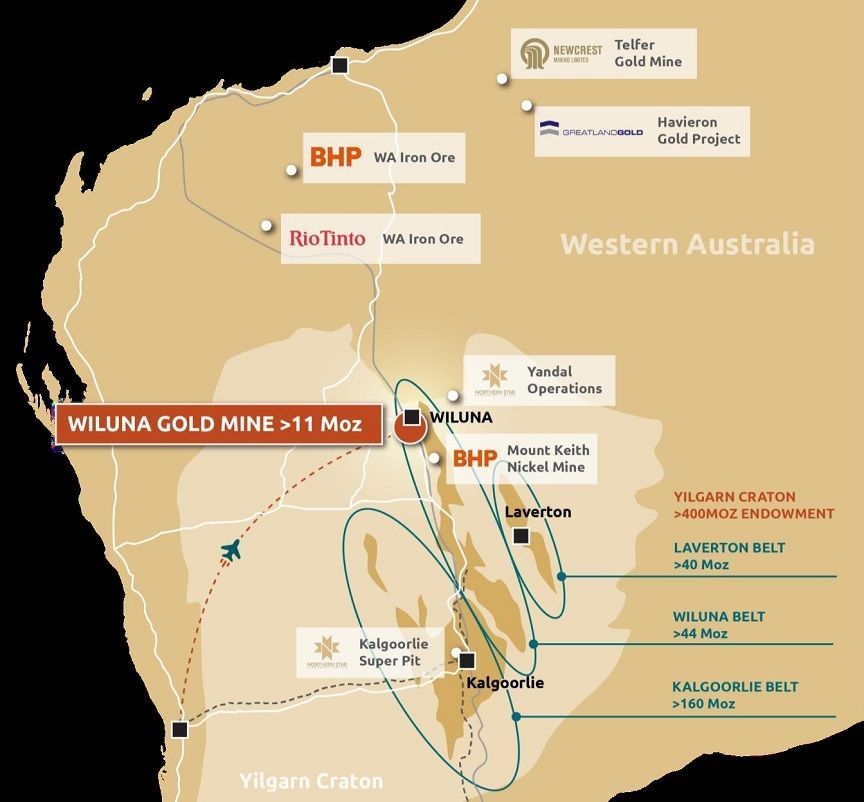 "Geologically, structurally, I have no doubt Wiluna is bigger than Jundee - with wider orebodies, and the potential along strike and at depth [for continuation and repetition of the same, bulkier host structures]. We are waiting for modelling of a 2D seismic survey and the results, I think, will surprise people and start to demonstrate the true scale of the Wiluna system. That needs to be truth-tested with drilling, of course, but I think it will lead us to do a 5km-by-5km 3D seismic survey later this year that will really point to the continuity of these structures [containing the gold] at Wiluna and the scale of the [camp].

"Jundee's average grade at the moment is 3-3.5gpt. All we need to do is maintain an average grade above 5gpt to more than account for that refractory component.

"Jundee is a great orebody, but it has narrower, quartz-reef style deposits - similar to Bellevue in a lot of ways - and they're having to go and chase them along a lot of working fronts. We won't have to do anywhere near the amount of development per stope tonne, or stope ounce.

"It's expensive in our current stage-one planning because we're still drilling out a lot of ounces around and between existing and planned development infrastructure. But Wiluna will have by the end of this year a 10-year solid plan based on reserves and very high-level resources, with a cost structure fully defined, and the development cost per ounce and the stoping dollars per ounce defined to a feasibility level.

"We're de-risking and fundamentally changing the story at Wiluna and it will take time for that to be fully acknowledged, particularly here in Australia."

WMX is putting to bed new funding for its stage-one production growth from 50,000-60,000ozpa to 120,000ozpa (in FY22), including offshore equity and debt support, mainly from Europe. The company is looking at tapping what it sees as a deeper pool of available institutional and retail equity investment, via a London main board listing, when the timing is right after laying the groundwork for a dual listing over the past six months.

About A$150 million of current capex and stage-one ramp-up costs (with some stage-two spend) can be lined up against the new funding and projected operational cash flows through to mid-2022, with the latter supported by gold hedging at more than A$2,600/oz.

WMX has also entered into a long-term "alliance" with major global underground mining contractor and engineering group, Byrnecut, which brings not only the best underground workforce and fleet to Wiluna, but also deep mine planning, engineering and underground infrastructure (including paste fill system) expertise.

"What we're doing now, for the first time, is putting together a solid 18-month plan that focuses on cash flow, and that encompasses introducing sulphides when the concentrator is available," Jerkovic says.

"We're not worrying about exactly how much of either material we're producing gold from - maximising cash flow is the aim. We'll worry about how much steady-state concentrate we can sell to the two offtake parties once we've maximised cash flow at the site.

"We're ramping up underground production from 10,000 tonnes per month to 20,000tpm in the next three months, over three working levels, including the [high-grade, non-refractory] Golden Age sulphide deposit.

"There was a belief that once we'd commissioned the concentrator Golden Age had to stop, but it doesn't have to because whatever comes out as gravity gold can stay on site and we can actually batch process through the CIL plant, or in fact, whatever doesn't come out via gravity gold and doesn't leach we can put through the concentrator; it's a sulphide, it's just not refractory.

"So that's a small part of the overall plan [750,000t per annum underground production], but it wasn't in the initial plan and it can supplement what we're doing with this stage-one sulphide production.

"The concentrator is on schedule and we will be commissioning in October. Then the ramp-up will take about 12 months, when we will move from the [budgeted] 56,000oz this year, to 120,000ozpa. That [production level] could be 20-30% free gold at that point, whether from gravity recovery on site, or Wiltails, and we will just produce and sell concentrate at a level that helps maximise our cash flow.

"The biggest thing that's going to improve our margin on our initial plan is grade, and intensity of stoping tonnes for the development we're doing.

"If we stay focused for the next five years on the Happy Jack and Bulletin areas [lodes/workings, including the new Essex, and Golden Age orebodies] - which is where we're saying, conservatively, we're going to add 500,000oz of reserves at 5gpt, at less than $30/oz, by the end of this year - we are going to be in a position to produce a lot of gold at the right cost.

"There are currently seven rigs [including three underground] drilling all this out. We're going to try to put out drilling results, in this top 600m, twice a quarter between now and the end of the September quarter.

"Achieving that high average grade and tonnage intensity for the infrastructure in place is where our focus needs to stay while we continue to build out the bigger picture at Wiluna.

"The past owners did these declines that followed high-grade shoots down past 1km depth and when we first started here everybody was saying the same thing: let's go and do that. But that's been, and is, a recipe for disaster.

"We are doing this differently." 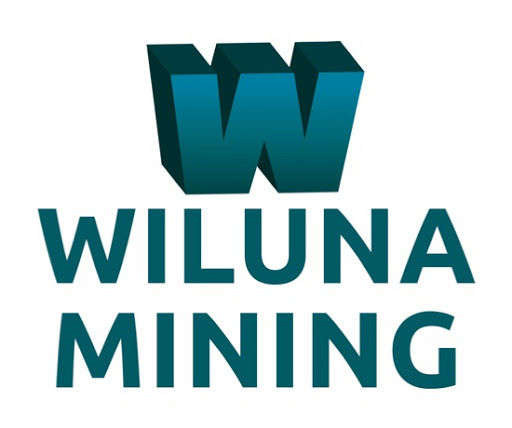