Well-placed Kambalda gold and nickel explorer Maximus Resources is heading into what experienced industry executive Tim Wither describes as an exciting period after strong investor support for the company’s new A$1.5 million equity raising on the back of favourable early results from drilling in and around one of Western Australia’s richest former gold mines. 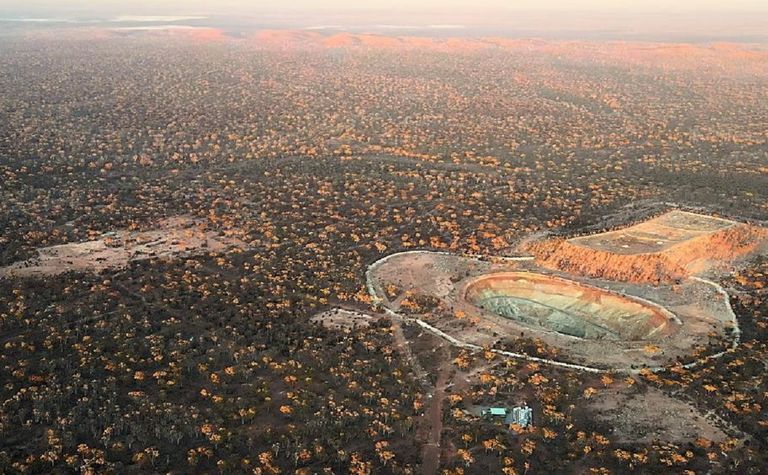 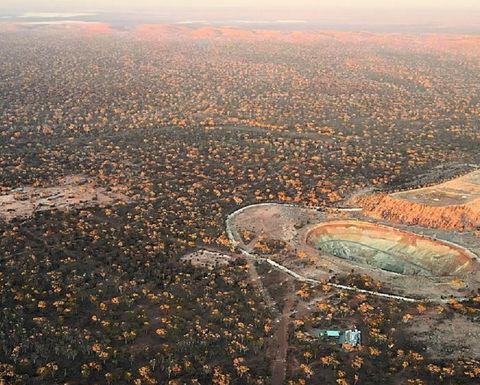 "Exciting" because significant new mineral discoveries have investors in Australia and beyond well and truly retuned into latest happenings in WA's exploration patch.

And because Maximus wasted no time over the past 12 months - amid COVID and assay laboratory constraints - demonstrating it has plenty of reasons to be optimistic about the prospectivity of its ground in the heart of one of the state's premier nickel and gold producing districts.

"I think it is an exciting time to be a junior explorer in WA," Maximus CEO Wither says. "There is definitely renewed investor appetite for exploration after some of the important gold, nickel, even PGE discoveries of recent times.

"It has driven home the potential value of even smaller finds around the extensive ore processing and mining infrastructure in the state, and the fact that, at the end of the day, you really don't know what is or isn't around some of these old mines until you do the drilling.

Maximus inherited an extensive database of production and exploration records from the short but enthralling time when Ramelius Resources was pulling 15gpt dirt out of Wattle Dam between 2010 and 2012. The Wattle Dam underground mine produced nearly 214,000oz at an average 14.9gpt to 365m vertical depth. Ramelius ultimately headed to Mount Magnet to begin what has turned into a successful new chapter in its corporate life. Former MD of the company Joe Holdsworth did some more work in the area with Tychean Resources, principally on the Redback target area 600m south of Wattle Dam, before the ground ended up with Maximus.

The drill records indicate remnant ‘halo' ore among Wattle Dam's shallow openpit and underground workings, which is being evaluated to bring into the company's 112,000oz current land-package resource. Limited exploration within a 1km radius of the mine also highlighted points of interest - as would almost be expected in this part of the Widgiemooltha greenstone belt.

But records don't show results from an extensive search for extensions or repetitions of Wattle Dam because the hunt has only just started. 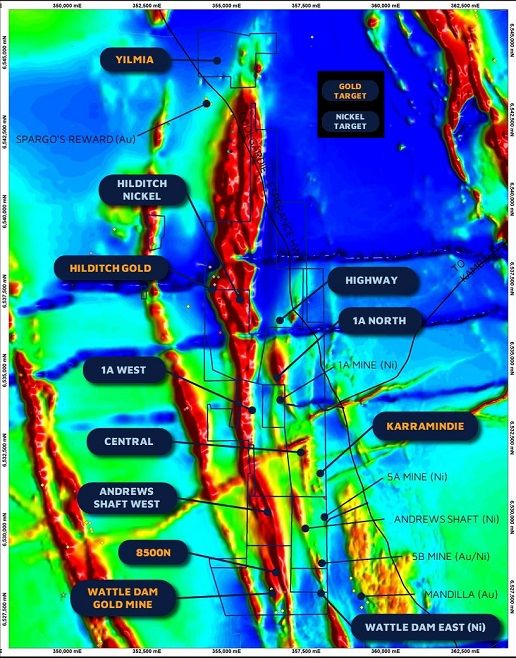 Maximus got some early encouragement last year from RC drilling on the S5 target immediately south of Wattle Dam when it hit 3m of 83.3gpt from only 25m and 32m of 3.2gpt in quartz-carbonate stockwork material similarly found 300m north in the ‘halo' around Wattle Dam.

Latest RC drilling picked up 32m of 3.2gpt from 105m depth. More assays are awaited from drilling at Redback, the adjacent Golden Orb, S5, and Wattle Dam South, which has already produced strong evidence of mineralisation alongside mined Wattle Dam stopes, including in stockwork on the western side of the deposit.

Not enough infill drilling has been done anywhere along the 800m or so line of strike from the northern-most Wattle Dam gold drill intercepts, down to Golden Orb, to either corral Wattle Dam-like high-grade shoots (typically 8-15m wide), or demonstrate significant continuity of mineralisation between or down-dip of the circa-43,000oz (at 3gpt) inferred at Redback, and the other target areas.

Wither says "significant" depth and strike extension potential remains to be tested, and Maximus now has about $2 million in the bank to continue "resource drilling in the Greater Wattle Dam area". 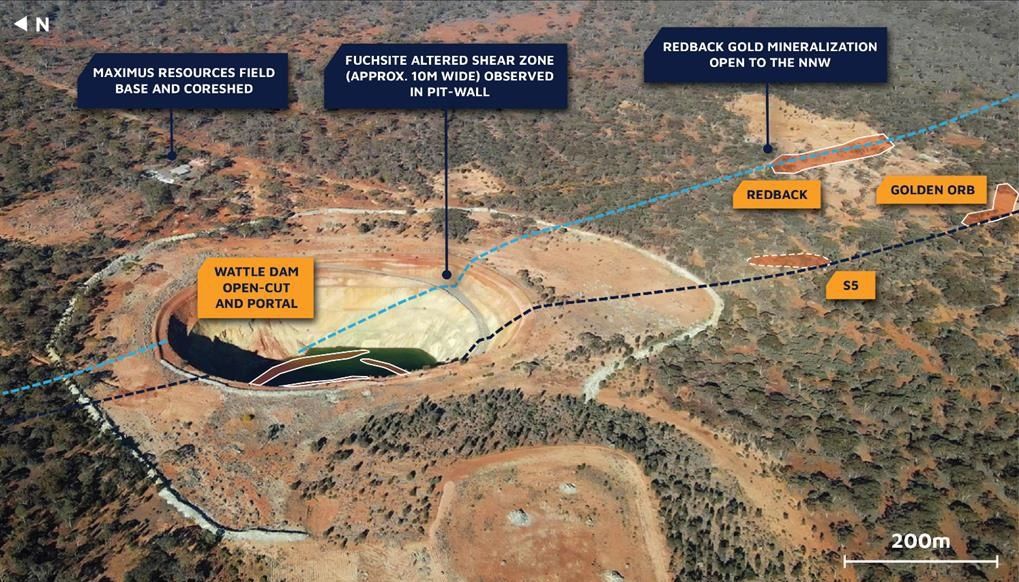 Meanwhile, the company took advantage of drill rig availability earlier this year to drill a 600m-deep diamond hole on a big ground EM anomaly at its Wattle Dam East komatiite nickel-copper target, about 700m east of the Wattle Dam gold mine, and will use down-hole electromagnetics to help refine its focus in what is considered to be a highly prospective but largely neglected part of the Spargoville-Widgiemootha belt.

There has been much more work done on the ground on - and there's greater knowledge about - the regional ultramafics to the south and east, even though there are recorded nickel occurrences all the way along known trends between Kambalda and Mincor Resources' significant new Cassini deposit about 60km south of MXR's ground. 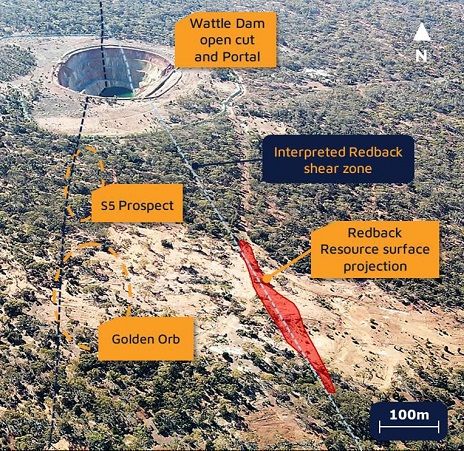 Wither says Maximus' early punt on deep drilling raised a few eyebrows and got the attention of its neighbours, and there has been surprise at the lack of a positive market response to the drilling even though it didn't hit the basalt contact that generally hosts Kambalda-style komatiite nickel sulphides. He says the downhole EM will scan for the basalt.

"We've done a lot of things very quickly due the proximity of the drill targets to Wattle Dam and our excellent location only 1km from the Coolgardie highway," Wither says.

"We had historical data showing EM conductor plates that weren't properly tested by drilling. Our ground EM showed a late-time conductor in the right stratigraphy with very high conductance [6000-8000 Siemens] along the same stratigraphy as [adjacent] Neometals' Zabel deposit and the Andrews Shaft [Estrella Resources]. So we did the one hole and … we'll soon have the 3D inversion on that [in-hole EM] to get a better handle on the geochemistry and understand the signature."

Assay results are pending for the diamond hole, but it is understood to have intersected about 180m of weakly disseminated sulphides and at least two zones of semi-massive sulphides seen along strike at Zabel and Andrews.

Maximus has at four other priority nickel targets with historical nickel drill intersections and geophysics results that need follow-up work.

The main focus for the company is growing gold resources with the "project-scale" drilling at Redback, Wattle Dam and, to the north, at Larkinville/Eagles Nest (combined circa-54,000oz inferred and indicated), will continue with the aim of putting out new resource estimates later this year.

So, plenty for investors to look forward to this year from a company with a small but highly experienced exploration team that has shown it wants to deploy most of its funds via the drill bit. 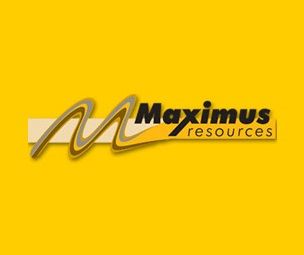