Being among the few active ‘specialty metals’ explorers working in the lengthening shadows of some of the world’s fastest-growing industrial complexes in Asia, Pan Asia Metals boss Paul Lock sees no reason whatsoever to constrain the company’s strategic view to the mine-gate. No, even at this stage PAM is looking beyond upcoming mining studies at value adding opportunities in lithium and tungsten supply chains. 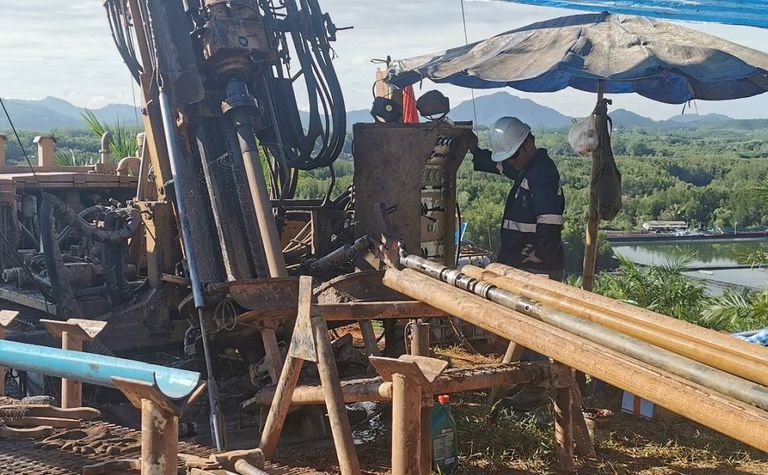 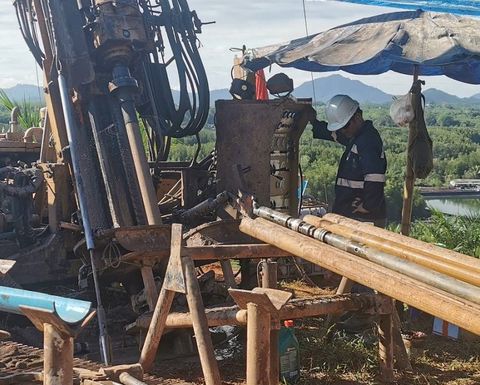 It's early days for the company, to be sure. Though, as Lock says, positioning in the region over a number of years has been a key factor in PAM being able to access high-calibre opportunities.

It has current drilling programs in progress at tungsten and lepidolite lithium projects in Thailand, on the historically prolific South East Asian Tin-Tungsten Belt stretching down the Thai-Malaysia peninsula.

But the former mining areas were targeted for a number of strategic reasons, not least their proximity to current and future electric vehicle, energy storage and other industrial supply chains in the region. There is also a wealth of historical geological and other information, established mining substructure, and, according to Lock, a predictable approval path to production once the right boxes are ticked.

Previous mining and available data indicate tin miners pretty much ignored lithium-bearing pegmatite swarms in and around open pits at Reung Kiet and Bang I Tom, about 70km north-east of Phuket in Phang Nga province in southern Thailand.

At Khao Soon, diamond drilling in several areas around the high-grade former tungsten mine that ceased production in 1979 has continued to add weight to PAM's belief that its exploration target of 15-29 million tonnes grading 0.2-0.4% WO3 - 10% of the average grades mined earlier - can be just the start of something bigger.

Assays are awaited from the ongoing drilling and PAM, which has about A$3 million in the bank, has more drilling planned for the next few months. 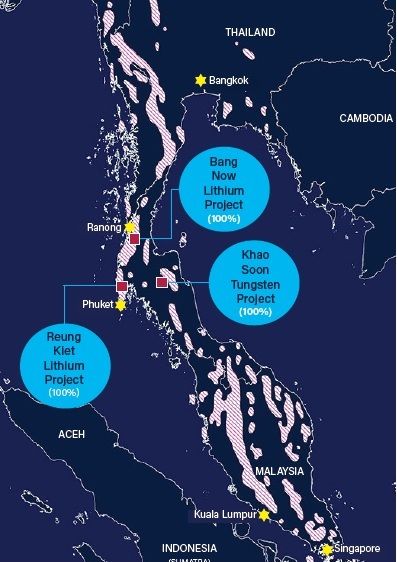 Thereafter Lock sees strong support among existing investors and potential new backers - among them local parties - to move the projects quickly up the value curve.

"The South East Asian tin-tungsten belt is the geological belt that runs through southern Myanmar, southern Thailand, peninsular Malaysia to the tin islands in Indonesia [Bangka, Belitung, Singkep]. Perak in Malaysia and Phang Nga in Thailand were the two biggest tin mining districts in the world [in the early to mid-1900s]," Lock says.

"Around those tin areas there are some lepidolite pegmatites, and that's what we've got. They're not everywhere [and] there's no spodumene there: the rocks are too young for spodumene. There have been people looking for tin there, but no-one [seriously] for lithium because the big targets haven't been there.

"We're the only serious lithium explorer in SE Asia right now. We've hit 100m-thick zones of lepidolite-rich pegmatite dyke swarms that look really interesting. We are aiming, as phase-one targets at our projects, to generate a resource of around five million tonnes which, because all of our drilling is at or near surface, we think can convert pretty much 1:1 to reserves.

"That, based on what we see there, is small bickies. But if you look at what [fellow lepidolite-lithium developer] Lepidico is doing, this looks like a pretty good path to follow [into production]." 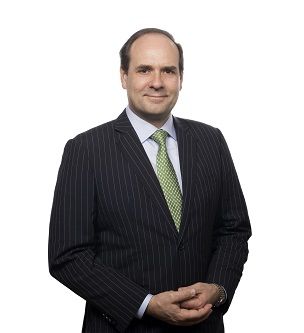 ASX-listed Lepidico, which has a current market value around A$90 million, having got to circa-$120 million this year, put out a DFS in May last year on a 6-7Mt (c0.5% Li, plus high-value by-products) reserve and 350,000tpa mine and plant at Karibib in Namibia, producing about 4,900tpa of lithium hydroxide and by-products at highly competitive capex and opex levels that would help it generate attractive free cash flow rates post ramp-up.

Lock points out the DFS FCF projections for a small phase-one venture - "on reasonable lithium hydroxide pricing" estimates - match up well with forecast FCF levels for much bigger lithium producers in countries such as Australia and Argentina.

"The key is that because it's such a low-cost project from a capex and opex perspective it [Karibib] will produce good cashflow. Instead of shipping a [spodumene] concentrate … they [aim to] produce a high-level battery-grade product that will get parked in the market.

"So it's a good model for starters - small footprint, small project, high profitability. And we think because of our geography and also our grades we can be even more competitive [than Lepidico]. Time, and ultimately a DFS, will tell."

Lock says the misgivings of foreign investors in Thailand-focused mining companies in the wake of the high-profile closure by government of the Chatree gold mine and acrimonious exit of owner Kingsgate Consolidated will only be assuaged by the success of others and he obviously thinks that is possible. He also thinks being Singapore-domiciled is advantageous for PAM. 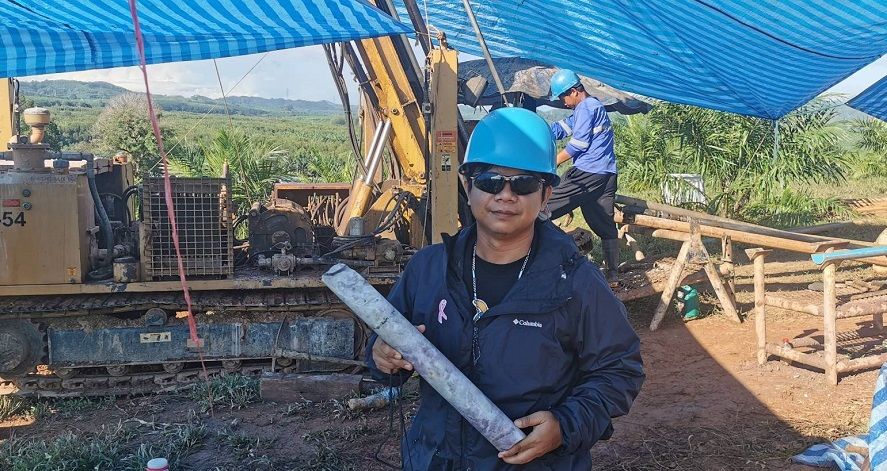 On the political stability front, Thailand won't score highly in too many country risk assessments with its history of military interventions, but Australia's Export Finance Insurance Corporation describes the country's political risk level post the 2019 return of government elections as "moderate" and the World Bank's ease of doing business gauge ranks Thailand 21st of 190 economies.

"They're pushing what they're calling Thailand 4.0, where it's all advanced manufacturing or S-curve industries, which include new energy industries, and they're mirroring Germany on this"

Thailand and neighbouring Malaysia continue to climb up various global industrial complexity ladders. The former is the second-largest economy in SE Asia and Asia's 8th biggest. Thailand's important automotive industry - bigger already than those in countries such as the UK, Italy and Turkey - may be heading down the road to greater electric-vehicle production (off a low base) with an advisor to its national energy ministry policy committee, Kawin Thangsupanich, reportedly saying this month Thailand should move fast to "capture post-COVID growth … [in] electric car" industry expansion. "We want to capture that growth post-pandemic, and we have the ambition to be the production centre because we already have the existing supply chains," he said.

Lock says it's not hard to see how recent turbulence in Thailand's mining sector could be smoothed in a recalibration of its industrial settings.

"Most of the structural steel for [the A$10 billion] Roy Hill iron ore project in Western Australia came from Thailand.

"There has been significant investment by national and international companies of late in manufacturing activities.

"They're [policy makers] pushing what they're calling Thailand 4.0, where it's all advanced manufacturing or S-curve industries, which include new energy industries, and they're mirroring Germany on this. In their EV strategy they've got 10-year tax breaks for battery and auto manufacturers, and supply chain participants, and I expect that we will get captured in that if we're producing carbonate or hydroxide.

"So I think it all points to us being in the right place and if we can put ourselves in a position to do lithium carbonate or hydroxide processing, it's not going to be happening too far away because the provincial government wants that industry right there. It means we're either going to be processing lithium carbonate or hydroxide on our doorstep, with all of our inputs coming from Asia, or it's going to be happening in one of the special economic zones in Thailand.

"I don't think raising the money for that is going to be too big an ask, when the time is right to do that.

"It all starts with us putting more assays out there and that's what we intend to do.

"And if we go back to Lepidico, and look at their current market value with a feasibility study in place, and compare that to where we are at just under $20 million, with two really good projects [including Khao Soon], I think we can see a lot of movement in the next 4-6 months."