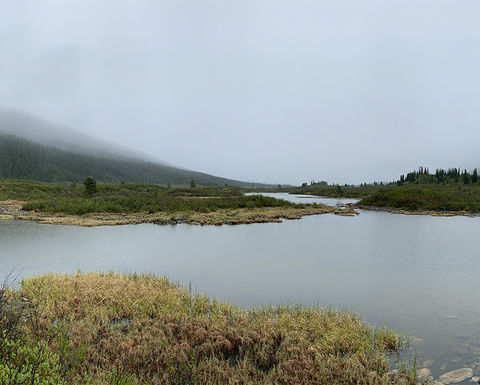 Nickel has been defined as a critical mineral due to its role in EV batteries and clean energy technology. It is the part of the battery cathode that stores the electrons, and nickel's storage capacity is what gives electric vehicles their range.  As the world races to reduce emissions, the race to mine critical minerals like nickel is heating up.

Mark Jarvis, CEO of Giga Metals, believes that the transition to clean energy will rely on clean raw materials.  He is focussed on developing an ethical source of low carbon nickel and cobalt for batteries.

"Our goal is to be the world's first carbon neutral mine," said Mr. Jarvis. "We are aligned with Canada's high environmental standards, and we believe that many buyers of electric vehicles will care about ethical sourcing of the raw materials that go into their cars."

QX, FSE and TSXV-listed Giga Metals is the sole owner of a very large, low grade sulphide nickel deposit. Located in northern British Columbia, the Turnagain project is the subject of a recent PEA level engineering study that models capacity to produce 37,000 tonnes per year of nickel, with a mine life of 37 years.

Experts estimate that 40 new large mines of this size will need to come on stream by 2040 just to supply enough nickel and cobalt for accelerating battery demand. Most of the large undeveloped nickel deposits in the world are laterite deposits, many in the ecologically sensitive "coral triangle" in Pacific Ocean island nations such as Indonesia and Papua New Guinea. These mines have high carbon intensity, with coal fired power supply, and involve strip mining tropical rain forests.

"Our Turnagain project is modelled as an open pit mine with a very simple processing circuit," said Mr. Jarvis. "Therefore, technical risk is very low. We can consistently make a clean concentrate grading 18% nickel and 1% cobalt. This is a premium product that can be sold to a smelter, but the concentrate is also suitable to put through a pressure oxidation circuit for a more direct and efficient route to the battery cathode."

Giga Metals is researching CO2 sequestration in the silicate tailings that will be produced at Turnagain, in partnership with Dr. Greg Dipple at the University of British Columbia. Testing is currently underway on a large sample of tailings from metallurgical work on Turnagain material to quantify the rate of CO2 sequestration.

"The CO2 we absorb in our tailings may be enough to reduce our already low carbon footprint to zero," said Mr. Jarvis. "When CO2 is absorbed into silicate minerals to convert them to carbonate minerals, it is locked away for geological time periods.  This is a far superior solution compared to carbon capture and storage."

Next steps include a work program this summer at the Turnagain project to collect the data necessary to support advancing the project to the Pre-Feasibility (PFS) level of engineering study. The company hopes to have a PFS complete by the end of the 2nd quarter of 2022.

"Our goal is to continue advancing detailed engineering on the Turnagain project," said Mr. Jarvis.  "We think there is a wave coming in the nickel market. Nobody knows the timing, but we want to have the project as de-risked as possible when the wave hits."