Saturn Metals is looking to build on its near-1 million ounce resource base as its A$8 million exploration programme hits full stride at its two promising gold projects on either side of Australia.

The two projects represent different opportunities and Saturn managing director Ian Bamborough is equally excited about the camp-scale potential at Apollo Hill in Western Australia and the overlooked, high-grade prospects at West Wyalong in New South Wales, where historical production graded more than 1 ounce per tonne.

Apollo Hill is the company's original project where a steady flow of results has helped Saturn attract strong backing, with 43% of its register currently held by funds and institutional investors, unusual for a junior.

Within three years of listing, Saturn has almost doubled the resource at Apollo Hill.

The project also been delivering shallow, higher-grade intersections, including 2m at 63.05g/t gold outside the pit shell.

Other results in June, of 5m at 7g/t gold from 94m and 3m at 12.33g/t from 79m, effectively merged the mineralisation into one continuous, southern Apollo Hill extensional corridor between the Ra and Tefnut zones over a 1km strike length. 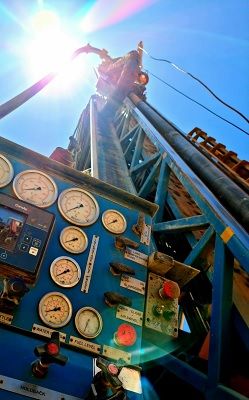 "Onwards and upwards," he said of Apollo Hill's outlook.

"I think given the intersections we've been getting so far this year have the potential to leverage an upgrade in the right direction, as we have done in the past.

"There's no getting away from it being a big tonnage, low-grade deposit.

"Quite often the low grade can put people off but when we look at its geometry, its thickness, it provides us with an opportunity for a very low strip ratio so much, much lower cost because you're not moving as much waste.

"Secondly, because of its size, we can look at economies of scale and the selective mining unit that we use is much bigger than some typical operations and that pushes your unit cost down, and it allows you to look at bigger milling operations.

"Perhaps one of our biggest differentiators [from metallurgical results to date] is a very high gravity component, which means cheap physical processing."

Results have indicated more than 60% recovery by gravity, and greater than 92% conventional at only 300µm grind, plus rapid leach times - all pointing to potentially faster and lower-cost treatment options.

"You put those things together, and you end up with a big, simple, stable project that will hopefully one day be an operation," Bamborough said.

As well as the prospect of a resource upgrade, Bamborough is happy to be shifting exploration attention to the wider Apollo Hill land package of more than 1,000sq.km.

"I'm delighted to say that this year, we've got the biggest healthiest exploration budget," he said, following a A$13.7 million raising in the second half of 2020.

"As a result of that, we're going to focus on our activities there for the next six months on the one huge land package, the greenstone belt around us and look for those new opportunities that can either be a complement to Apollo Hill - or who knows, there could be a hidden giant out there."

Saturn Metals is also preparing to lift the lid on the dormant potential at West Wyalong, a goldfield which produced about 439,000oz at 36g/t gold between 1894-1915. 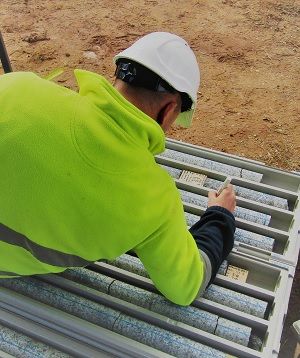 It's in the Lachlan Fold belt, which hosts Evolution Mining's Cowal gold mine and Newcrest Mining's Cadia Valley gold-copper operations.

Saturn added West Wyalong to its portfolio just over a year ago through a deal to earn 85% by spending $2.1 million over about four years.

It's just begun its first drilling campaign, focused on the Mallee Bull Reef which has seen little attention since World War I, targeting high-grade plunge extensions where historical face samples of more than 155g/t and multiple lodes were noted.

"If the holes hit, we expect them to ‘hit big' with targets extending down plunge of >50g/t sampled veins," Sprott analysts said.

Secondly, they said the shallow depths made for cheap drilling and provided for easier access as the mine was only stoped to 274m despite development to 411m, and third was the previously untested targets below workings.

"Looking ahead, it gets even better as the new 3D model (based on historical data) shows 100s of meters of strike on many veins to be tested—making this about as conviction as exploration, which is always speculative, can get we think, all the more given it is the ‘in for free' non-core asset," they said.

Bamborough described West Wyalong as a hidden gem or a unicorn.

He said the current exploration campaign was made possible by efforts including the sound geological investigation by Saturn's joint venture partners, geologists Peter Goldner and Dr Angus Collins.

"We digitised every one of the old historical workings, we've been to the local historical society and produced beautiful 3D pictures of the gold mine," he said. 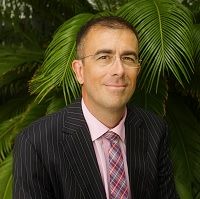 "We really tried to hone-in on what we saw were the most prospective, thickest, richest parts of the structure and geology and drill it again.

"That's where we're at, we're going after to the nice high-grade plunging shoots that the old timers chased … the bits that were left as that production declined just after WWI - it's a really rare opportunity."

Bamborough expects a strong news flow in the second half of 2021 as drilling results emerge from West Wyalong, and both drilling and further metallurgical results provide a clearer picture for Apollo Hill's advancement.