Well-supported Western Australia-focused gold explorer Yandal Resources has a simple strategy as it targets another discovery in the Goldfields, where it has a 100,000m drilling programme underway.

"We've got the good projects, it's not rocket science, especially when you've got an experienced team who are used to operating in WA as well."

"Our number one goal for shareholders of Yandal is to make a ‘company making' discovery," he said.

"In my view this could be at any of our projects and we will start at Gordons Dam and systematically work through the others."

Yandal discovered Gordons Dam, just 30km north of Kalgoorlie, at its Gordons gold project in 2019. The highest bedrock grade to date is 20.68g/t and with mineralisation open in all directions, the company is targeting a large Kanowna Belle-style deposit.

To the north in the Yandal Greenstone belt, it's already established a 268,000 ounce resource at Flushing Meadows and to the south, it sees more potential at the historically-mined Mt McClure project.

Yandal is looking to expand the resource at Flushing Meadows

"What's making us stand out is the recognition that our projects have the potential to host multimillion-ounce deposits and we consider the majority of the ground to be a brownfields exploration opportunity rather than a greenfields one," Hughes said.

"Investors are catching on to the fact that we should be able to discover ounces at very low discovery costs.

"Also the market seems to take note when you have high-profile investors on the register.

"We had Northern Star Resources on board, since listing 2.5 years ago until recently, and late last year DGO Gold and Regal Funds invested."

DGO is led by Eduard Eshuys who has a proven track record of gold discovery in the Yandal and Norseman-Wiluna Greenstone Belts. 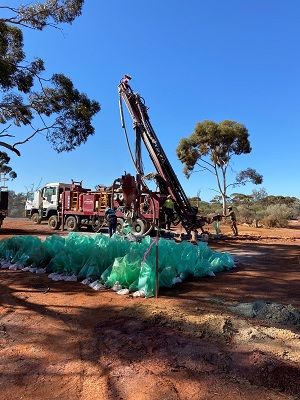 Yandal is focused on drilling at Gordons Dam

Yandal Resources had more than A$8 million in cash at the start of April and the ability to offer "decent-size" drilling contracts, which has put it ahead of smaller explorers who were struggling to get rigs.

"We've completed about 40,000m so far and we're building our team and drilling capacity each month."

The main focus is getting a clearer picture on the potential at Gordons Dam and the nearby new Malone prospect.

The Gordons gold project is along strike from the privately-owned, operating Gordon Sirdar gold mine and 16km from Northern Star's giant Kanowna Belle gold mine.

"We expect to have up to four rigs turning at Gordons Dam and Malone soon, and we've relocated all our field staff to Kalgoorlie to support the push," Hughes said.

"The gold we have discovered so far warrants expanded programmes.

"There is potential for a large gold deposit at depth similar in size to those in the area.

"AC, RC and diamond drilling will be ongoing until the end of the year in order for us to determine or at least start to get a handle on the deposit size potential here.

"Once we work out the size potential, we can evaluate likely mining and treatment scenarios and go for it.

"So determining the likely mineralisation extents at Gordons Dam and Malone are priority number one." 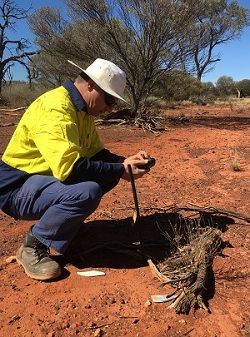 As rigs and personnel become available, Yandal will continue to advance its other key, under-explored projects in the Yandal Belt.

It has AC and RC drilling planned within a 8km radius of the Flushing Meadows deposit at the Ironstone Well project.

At the nearby Barwidgee project, Yandal confirmed a shallow gold discovery in March from the company's initial drilling at Sims Find.

The area had seen fractured ownership in the past which had hampered effective exploration.

"It is really quite astounding that we were able to generate these high-grade intercepts and improve the prospectivity at Sims Find and the immediate adjacent areas with our first drill programme," Hughes said.

"We have an incredible opportunity to take a big picture view with our consolidated ownership of the area and leverage off a number of highly anomalous historic intercepts to explore for major deposits along strike and at depth.

"We completed a deep RC drilling programme at Sims Find which demonstrated mineralisation continues beneath 150m, so there will be additional programmes there to track the location of further high grades.

"AC reconnaissance programmes will resume once we complete a solid amount of work at potential extensions to the Gordons Dam and Malone systems."

Last but by no means least, Hughes describes Yandal's Mt McClure as "a cracking project". 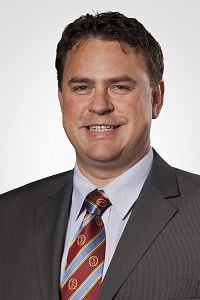 "We have finally got around to following-up some excellent results from earlier this year and a high-impact deep RC programme is underway," Hughes said.

New mineralisation was discovered beneath the Parmelia open cut and in a new lode in the footwall of the Success deposit (at the HMS Sulphur prospect), which could be game changers for rapid resource growth.

"I am very much looking forward to the results of this programme," Hughes said.

"There's a lot of opportunity for discovery, we've just got to get out on the ground and keep those rigs turning."