OzAurum Resources is one of Australia’s new gold explorers, launched earlier this year with well-established projects at one of Australia’s best gold addresses. In the past few months, drilling has not only produced high-grade results but unearthed additional mineralisation. 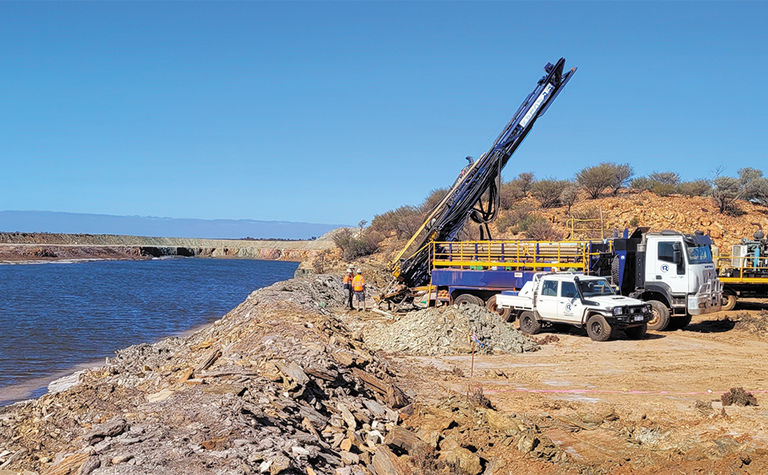 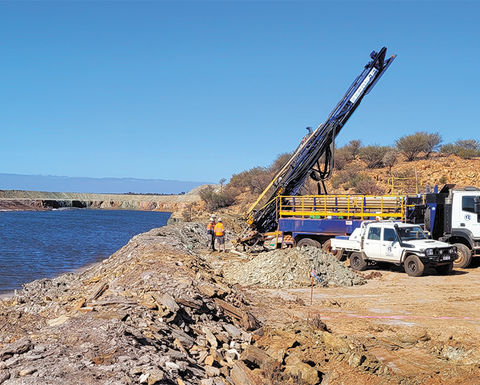 Managing director Andrew Pumphrey has played the long game with his projects - 30 years in fact since he and his wife, petrologist Alicia Verbeeten, pegged ground northeast of Kalgoorlie.

In that 30 years, Pumphrey kept the mining licences at Mulgabbie in good standing by carrying out extensive drilling and exploration so it was there, ready and just waiting for the right time.

A good and relatively stable gold price and success by neighbours, plus a complementary second project in Patricia, made 2021 the right time.

On February 8, those projects - Mulgabbie and Patricia - were the assets with which OzAurum Resources listed on the Australian Securities Exchange after raising $12 million.

Pumphrey is now managing director and chief executive officer at OzAurum, and runs are already on the board with Mulgabbie North returning impressive drilling results.

Mulgabbie consists of four distinct projects: Mulgabbie North, where exploration work is now under way, Mulgabbie Hotel, with its historic mine and linked to Mulgabbie Perseverance and Mulgabbie Hill, Golden Goose and Mulgabbie Greenfields

The project area is located just 2km from the Northern Star Resources' Carosue Dam mine, which has so far produced 1.5 million ounces (Moz) of gold.

In other words: this is elephant country for gold, this section of the Norseman-Wiluna greenstone belt also hosts other major deposits, including Granny Smith (2.5Moz), Sunrise Dam (15Moz), and Wallaby (7Moz), in a yellow metal producing region that has a gold endowment of more than 30Moz. This greenstone belt is one of the most prolific gold-producing belts in Australia.

Both projects have, like so many now being explored and developed, a history of gold production. And, with a gold price around A$2,400/oz, they have suddenly become economic propositions. Mulgabbie North, which covers 10km of greenstone belt geology, has produced about 1Moz from openpit and underground operations (including alluvial gold).

The float of OzAurum followed Pumphrey's approach to Sydney-based mining executive Martin Holland, who runs investment company Holland International. Holland is also executive chairman and managing director of ASX-listed base metals explorer Cobre and until 2018 was chief executive officer of another ASX company, Lithium Power International, for which he raised more than $70 million in new equity.

His financial and structuring skills brought together the money needed to get the projects up and running.

Holland describes Pumphery and his wife as a "resources power couple". Pumphrey himself is a geoscientist and mine surveyor with more than 30 years' experience, which includes exploring in Western Australia for gold, silver, nickel and zinc, and has been involved with several openpit and underground mining operations. He has also operated a mining contracting business.

For the past five years he has been working as an operations and general manager for two mining companies.

Martin Holland says OzAurum Resources has a clear target: to prove up sufficient resources at its projects to underpin a standalone mining and treatment operation.

"Upon continued exploration sense, we're in a position to take the project all the way," he adds.

Holland says that with the flurry of old mines now being explored again, Pumphrey had felt it was the right time to commercialise the assets he had been bringing up to speed over three decades.

With the $12 million raised in an IPO in February 2021, the company commenced exploration at Mulgabbie North, and some 65,000m of drilling has already been completed.

More exploration is being scheduled for the rest of 2021, but the company says that the results so far are rather compelling, with many assays still pending due to delays at the laboratories.

The second project, the historical Patricia deposit, has not been drilled for more than 30 years, with the first stage of that programme completed in early July and assay results pending.

At Mulgabbie North, some 60,000m of drilling is planned. More exploration is being scheduled for the rest of 2021, but the results so far are rather compelling.

Less than a month after listing on the ASX, OzAurum was able to post the first results from Mulgabbie North.

Two months later, on May 24, OzAurum's aircore drilling turned up some spectacular hits at Mulgabbie North, including 1m at 162.5g/t, 1m at 31.0g/t and 1mn at 15.35g/t, with composite samples also looking impressive.

Moreover, OzAurum reported the discovery of a new, widespread gold zone 2.2km long by 150m wide west of the drilling being carried at the reverse circulation operation. The company added that this zone potentially represents the near-surface footprint of significant primary gold mineralisation.

Pumphery said in June that this discovery provided the company with even greater confidence in the project.

The host rocks are intermediate-felsic volcaniclastic units - very similar to Northern Star's Carosue Dam Karari and Whirling Dervish gold mines. And, as he noted: "This area is under transported cover that has prevented previous effective exploration and now represents a significant exploration opportunity for the company".

At Patricia, the drilling has been caried at the old open pit, previously mined to a depth of 25m. At the time of writing, assays were awaited.

Lastly, OzAurum presents a board with the required technical skills. Non-executive chairman Jeffrey Williams ran Mineral Deposits for 15 years, securing the Sabodala gold and Grande Cote zircon projects in Senegal. Non-executive director Andy Tudor has been a geologist for 34 years, his career beginning with exploring for, and mining of, gold in Western Australia. He has held a number of senior executive positions in mining companies.

It has helped that exploration results by St Barbara and other companies in this region 100km northeast of Kalgoorlie gave Pumphrey greater confidence in his belief in these projects.

"There's been a considerable amount of alluvial gold that's come out of that area since I've been involved in it, probably well over 1000oz," he is on record as saying. "What's really interesting about it is you have Breaker [Resources) down that southern end with their new discovery [Bombora). You also have Apollo [Consolidated} to the east at Lake Rebecca and then Carosue Dam."

Now there's Mulgabbie and Patricia as possible new stars of the region.