The Reefton Goldfields of New Zealand have come alive following the arrival of New Zealand-focused gold explorer Siren Gold, as the company strikes gold at Big River and Alexander River. 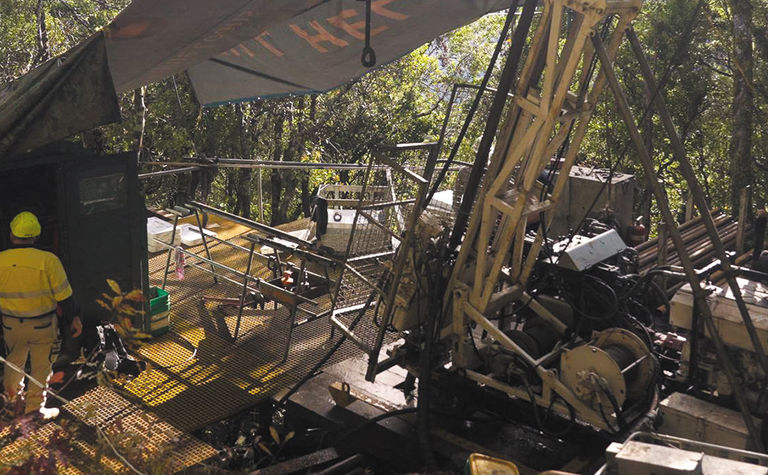 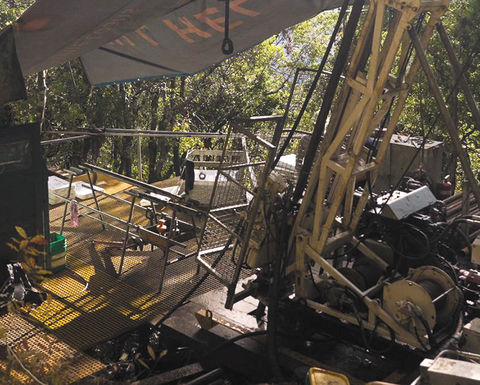 The ASX-listed Siren Gold, led by managing director Brian Rodan, has been racing ahead of the pack at its four key projects in the Reefton Goldfields in New Zealand ever since its initial public offering on October 5 last year.

The Reefton Goldfields-focused gold explorer raised A$10million in its IPO, which has enabled the company to push ahead with its exploration plans at its four key sites.

Since then, the company has also been busy diamond drilling, conducting surface soil sampling and geophysical targeting work over various areas of its tenement package, as well as applying for new and additional drilling permits. Presently Siren has five exploration permits and two additional applications.

"Another key part of our success was picking up some pretty key ground along the Reefton goldfields that was lying vacant because of historically low gold prices. It also happened to be alongside some historically and strategically important tenements that were eventually relinquished by Oceana Gold after its open pit operations were completed.

"We happened to be waiting for the opportunity to pick up good ground. Who would have known that the gold price was going to move up? When the price started moving towards A$2,500 per ounce, we knew the timing was right for listing Siren Gold".

With four gold projects, Siren Gold has made its mark in the high-grade Reefton Goldfields located on the South Island of New Zealand. The company has already begun drilling at two of its sites this year, with highly positive results at Big River and Alexander River.

The Big River gold project covers an area of 44.87sq km and is located approximately 15km southeast of Reefton. The site had previously been explored up to 560m from 12 levels, but was closed during World War II.

Just a month after drilling commenced, Siren Gold announced the discovery of 6m quartz reef grading 5.1 grams per tonne (g/t) with visible gold at Big River. There is also a probable continuation of an eastern shoot in the Big River South mine in the headwaters of a small creek.

The second project to have commenced drilling is Alexander River, which overlays areas of the historical Alexander River mine, which also closed during the World War II. The site is located approximately 26km southeast of Reefton and covers an area of 16.75sq km.

Siren recently struck very high grade gold at the Alexander River site, with drilling intersecting a 0.9m quartz reef with abundant free gold that assayed 50.6g/t of gold within a 2.0m think mineralised one that assayed 26.8g/t of gold. The company has also intersected 3.3m at 7.0g/t ogf gold from 62.7m, which includes 0.4m at 16.1g/t of gold in the hanging wall.

Siren has already completed 38 diamond drilling holes for 3,819m at Alexander River, with more planned for this year and beyond. Drilling will continue to target down dip extensions of the Loftus McKay, Bull and McVicar West shoots.

Buoyed by positive results so far, Angus said there will be plenty more good news to come later this year, with the New Zealand Department of Conservation granting an Access Agreement for the Golden Point project, which allows up to 22 holes to be drilled.

"We're starting to get access now to Golden Point. It was initially mined in the 1980s and reported to be 1.2m wide quartz vein averaging 10g/t. Siren has tracked the reef by surface mapping and soil geochemistry for 1.5km," Angus said.

Drilling will start at Golden Point in August this year.

With 5,000m of diamond core budgeted for each of the Alexander and Big River projects this year, as well as additional diamond drilling for Golden Point, Siren is well on track for 2021. So far this year, 3,378m has been drilled at Alexander River and 1,986m at Big River.

"We've got a lot of drilling to do at Alexander River, and we are also going back to continue to drill out at Big River, where there's still three or four km of strike we haven't even looked at," he said, adding that the potential is massive.

"We're looking at the lower field in the north, which we only recently started dusting off, so we'll start looking down there again soon."

Siren Gold also has the opportunity to extend the goldfield south, covering an area of 333.65sq  km at its Reefton South project. Siren Gold believes there is greater potential for the site now that modern technology can be applied.

The fourth site, meanwhile, has seen previous production with 91,000oz at 18.4g/t of gold. The company's Lyell tenement in the north is a 1.4km-long surface soil geochemical anomaly that covers an area of 54.25sq km. While initial work has focused on mapping, geochemical and geophysical surveys, two nuggets were recently discovered on site.

With only three companies focused on the main Reefton Goldfields, there are plenty of opportunities for exploration and discovery in the region.

"It's been massively under explored," Angus said. "Our drilling results are supporting what we've said right from the start. We've always been getting good results; we've always expected to find good economic grades and now we've found a section of a lot of higher grades just like the ‘ole timers' were mining, however they left behind a lot of higher grade 15 g/t material due to the very low gold price at the time."

In relation to a question about the regulatory regime on the West Coast of New Zealand, Angus said as a general rule the New Zealand government is quite supportive of the industry, as shown by the significant increase in exploration and mining permits being approved, as well as the large increase in regional employment and benefits to the local economy.

"Siren Gold is operating in one of the last great underdeveloped goldfields in the world and we have achieved a lot in a very short period of time. Siren has been drilling quite strongly since we started with 59 diamond holes for 7,573m so far, and getting good results," Angus said. "We expect to continue with further drilling success at both Alexander River and Big River, as well as targeting a maiden resource at Alexander River around the end of the year."

As the company looks ahead to the future, Siren Gold has just one final comment for all gold bull investors: watch this space.

Resource expansion and exploration upside on the way